I was on the receiving end of a couple of terrific card packages that arrived within days of each other over the past week. The most remarkable thing about these two gifts is how similar there were. It's as if the two bloggers got together and planned it.

I'll feature both of these in separate posts in the order they arrived.  When I have them both posted you'll see what I mean by 'similar'. First up...the 'fat pack' set by 'Joe Shlabotnik'. I'm gonna run through the cards I scanned rather quickly as we are headed north to Arlington for the Roma-Barcelona match tonight.

Joe kicked in a big stack of 1979s. Over 40 of them and they took a nice slice off my needs list.  It's a fun set with plenty of stars, colorful unis and old favorites of mine. 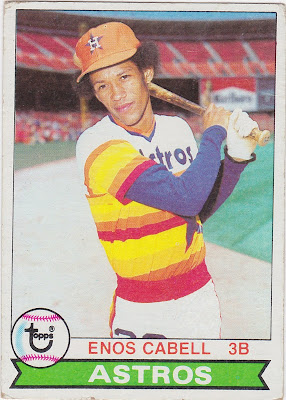 Enos Cabell...I like those rainbow unis now more in retrospect than I did when they were being worn. Saw lots and lots of the Astros in this era so there is a bit of nostalgia involved in my feelings. 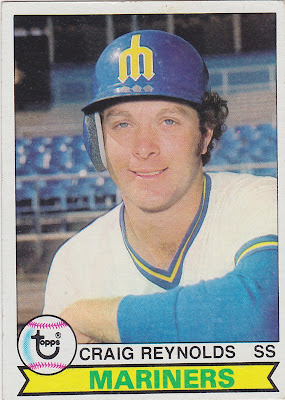 Craig Reynolds was one of the nicest guys to play baseball. I saw him at one of those free mall signings that used to come around pretty frequently in Houston. He was great with the fans. Seeing him in a Mariners uni is pretty weird though. But that trident logo they used was the cat's meow! 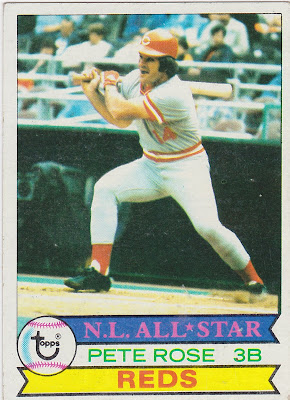 Pete Rose...whatever became of him anyway? I mean after he shot JFK and all that. 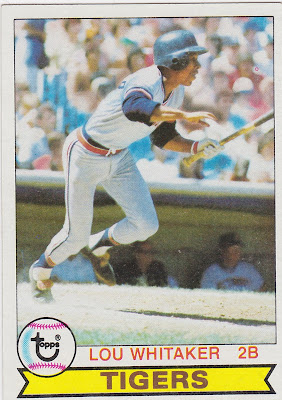 'Should be' Hall of Famer Lou Whitaker. C'mon...he's overdue for induction. 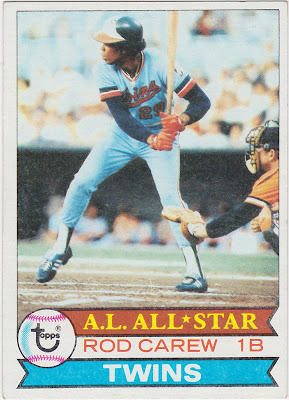 Rod Carew...never gets the attention he deserves. Loved watching him play..except against the Orioles. He was one of the few players that got me to drive up to Arlington to see play. 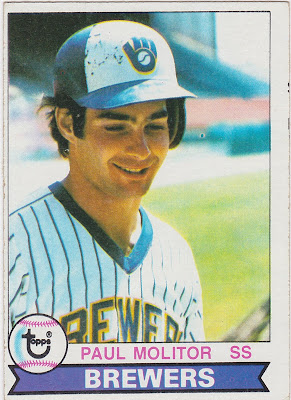 Paul Molitor. Looking at his BR page I see he was drafted by the Cards in 1974 in the 24th round but didn't sign. the Cards had drafted Garry Templeton in the first round. Funny how things work out. 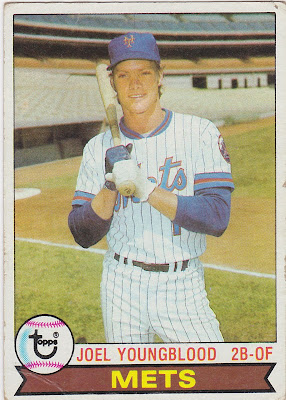 Joel Youngblood, the only guy to get a hit for two different teams in the same day. You can look it up. 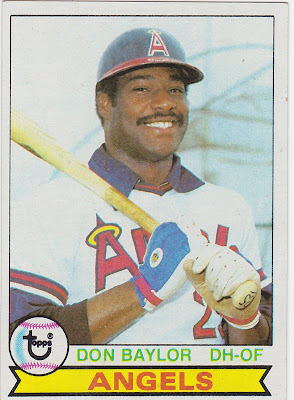 And the awesome Don Baylor. He always played his ass off. RIP

There were more than thirty other 79s in 'Joe's' bundle. All in great shape and that brought me to under 150 on my list.


He also sent along a card for my ever-so-slowly-being-chased 1970 Toops hoops set. That thing is a bear and I'm just about finished with the 'easy' cards. Down to the 'SPs' now. Paying in blood for a Luke Jackson card is gonna be tough. 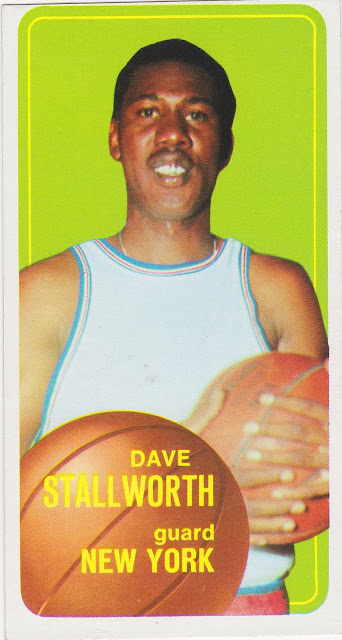 But finishing it off will be worthwhile if for no other reason than the wonderful backs on these things. One fun cartoon after another. 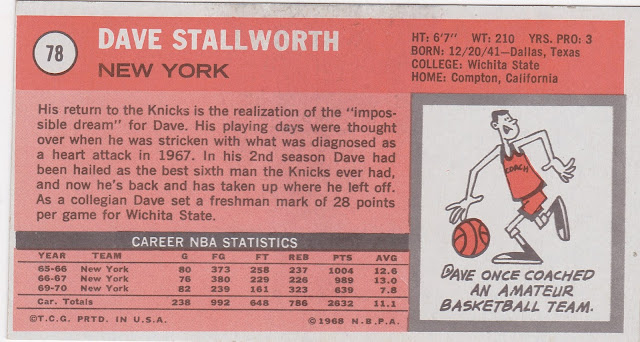 Stallworth had an interesting path...born in Dallas, on to Compton and then off to Wichita State and finally the Big Apple.

Joe also tossed in some shiny Orioles and wanna-be Orioles. These two picture Cedric Mullins and  Austin Hayes both popping up to second. They'll fit right in the O's lineup! 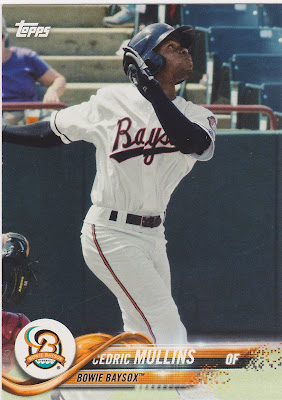 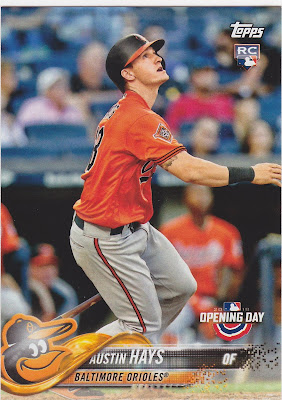 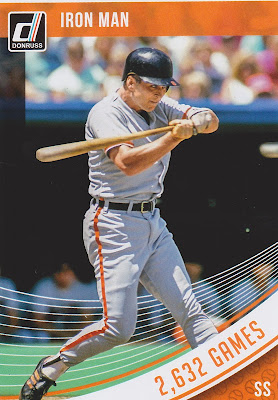 I must have 100 Dylan Bundy cards...but I didn't have this one. He was an NFL* member of a couple of my fantasy teams. 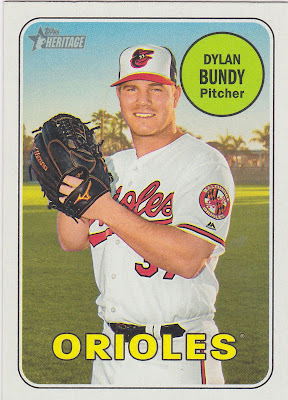 Caleb Joseph got off to a horrible start to the 2018 season and ended up spending some time at AAA. He's back and his average is climbing, even if my Orioles aren't. 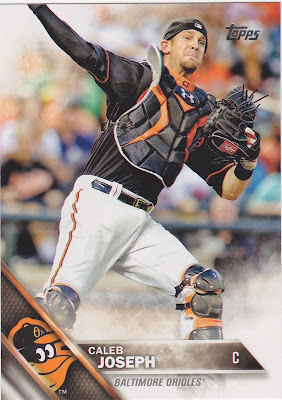 To round things off there were Presidents! Sure makes me wish we had one. 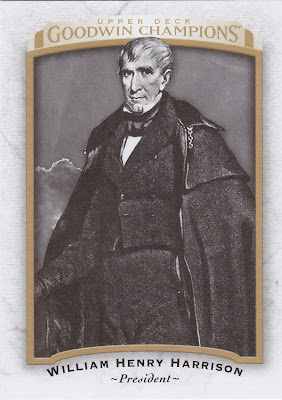 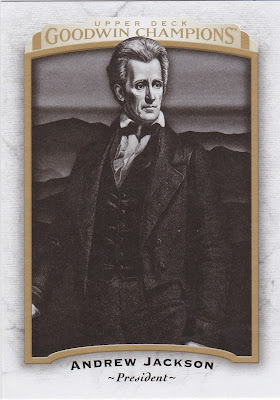 I'll need to check and see if these Goodwin Champions made up a complete set of Presidents. If so I bet I can nab them pretty easily. My Presidents binder is growing by leaps and bounds. 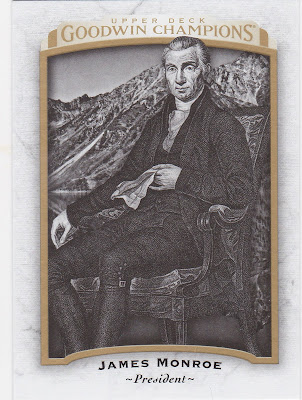 Joe...this was one fabulous gift package. Many thanks. Now it's off to Jerry Jones World for some futbol. When I get back I'll be posting the other great group of cards that came my way!
Posted by Commishbob at 12:26 PM