Being retired has a few perks, one being I can pretty much do what I want most days. Lately, that's meant a lot of World Cup soccer. I know, I know...you hate soccer.  Well, you're missing out on a great deal of fun if you're ignoring the WC. This one has been the best I can remember...amazing goals, late match drama, retired Argentine legend Maradona acting like a complete tool. This WC has had it all.

Having said that yesterday was a real drag. My favorite international player (Lionel Messi) got the boot by France and my beloved Portugal squad was smothered by Uraguay. But even on a day that I was disappointed by the results, I saw wonderful performances by France's 19-year-old Kylian Mbappé and Uraguay's Edinson Cavani who both scored twice. 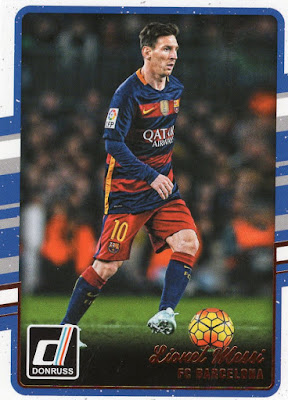 To bring this around to hobby talk the card above is my only Messi and it shows him in his FC Barcelona kit.

And below is a recent acquisition.....the 1928 John Player & Sons Tobacco set of 50 Footballers.  It has British and Irish soccer and rugby players. The only card representing Manchester United is of the rather obscure Frank Mann. His Wikipedia entry:

Frank Mann, (born on 17 March 1891 in Nottingham - July, 1966), was an English football half back. In his early days, he played for Aston Villa F.C., Huddersfield Town A.F.C. and Manchester City F.C.. In March 1923, he was sold to Manchester United F.C.. He would stay with United until 1930 when he retired from playing professionally at the age of 39, and carried on playing non-league football for a while with Mossley.

During his United career, he made 197 appearances and scored five goals. He helped them win promotion to the First Division in 1926. He played for them until the age of 39, making him one of the oldest players ever to play for the club. 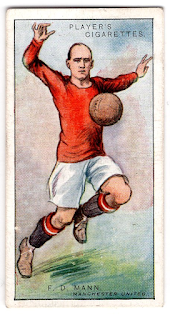 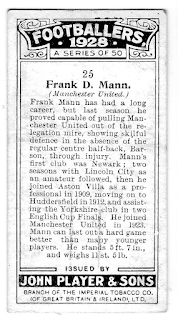 Here's a blown up view of the back. 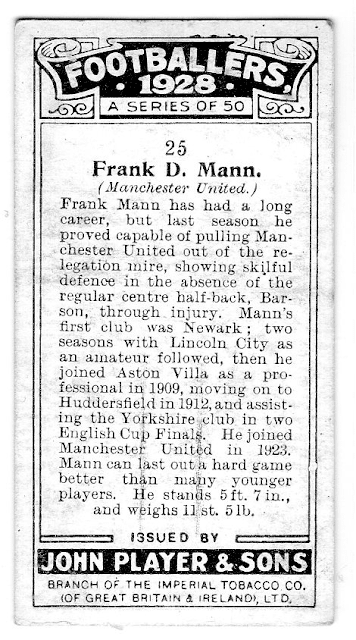 My scanner balked at these so I scanned one of the binder pages. 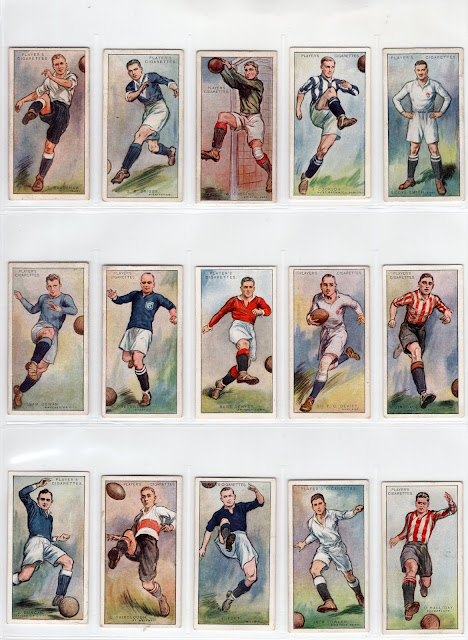 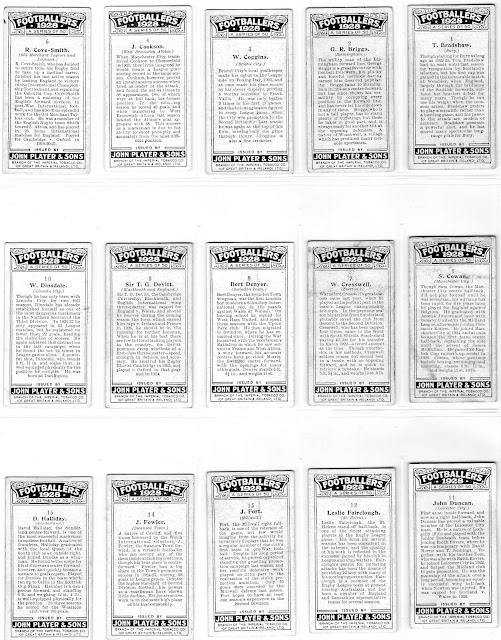 British cigarette companies, particularly Player offered some wonderful cards. I've got a couple of sets including military uniform and nature-based cards. Fascinating stuff to me.