I spent last Saturday at the summer edition of Houston's twice-yearly TriStar shows. I've been to countless shows of theirs so I thought I knew what to expect. But I was wrong. The show, at least for the five hours or so I was there, was underwhelming. The crowd was thinner than usual, few dealers with vintage bargains were on hand and the fun, oddball type stuff I usually come across was nowhere to be found.  Even the usual madcap autograph lines which normally hinder getting around that area of the show were missing.

After dropping $27 for parking plus admission I was pretty disappointed. I ended up making just a handful of purchases. I hit one dealer who had '62 Topps at decent prices and found a couple of dozen for my set build. He cut me a deal so the cards came in under what I would have paid on eBay. I also bought a sorting tray and several boxes of 9 pockets. You know the show isn't good when I browse the supply vendors for an hour.

I spent quite a bit of time at my friend Darryl's table. He had a newly arrived '62 Gibson which happened to be one of the last remaining 'big ticket' cards I was in need of. It's a beauty as you can see. For once my scanner does a card justice. It's got nice coloring, no scuffs, and sharp corners. 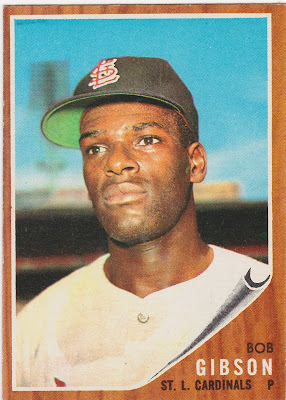 He had marked his dollar bin cards at 10 for $6 and I picked up my usual assortment of  '60s and 70s cards. I grabbed players I collect and stuff that catches my eye. I should know better than to add to the cards I have stacked on my desk waiting to be sorted but I can't help myself.

It was a nice surprise to find this Walt Frazier for my 1970 Hoops set. The stain puts it on my 'upgrade someday' list for about sixty cents it'll do for now. 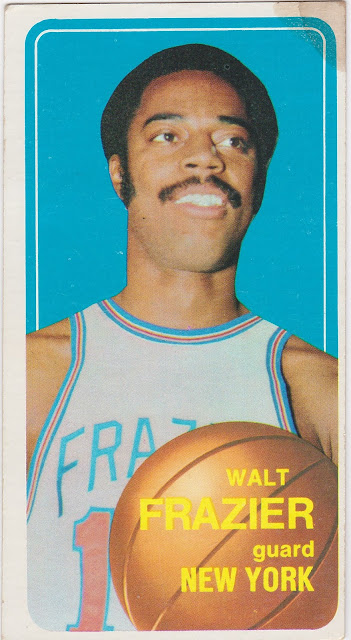 This Billy Pierce is a dupe but will fill a need when I get around to chasing the '57 set. And that day is coming. 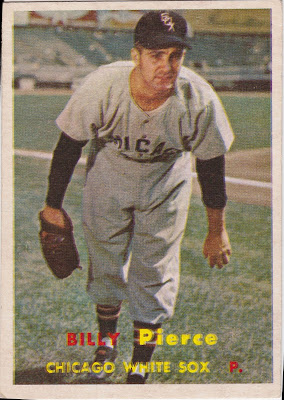 Even if I abandon my 1975 Topps plans I'm going to have a spot for these next two cards. Three player collection guys here among the four pictured. Plus a third baseman I think I've heard of. 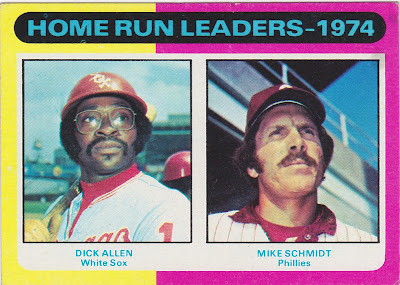 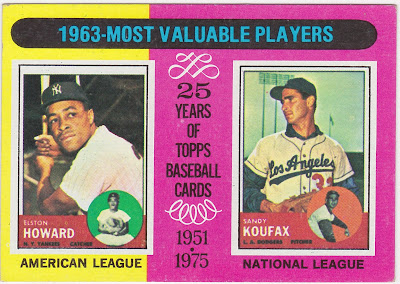 Howard Cassady is in rough shape but what the heck, it's a card of 'Hopalong'. 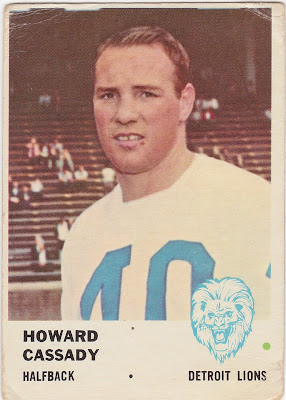 Getting bargains from Darryl is always fun but I came away thinking that I could have picked them up at his hotel show and not paid any admission or to park.

I also found a few vintage cards on other tables. Maybe the lack of customers worked in my favor. I was able to pick up a few and not get elbowed out from in front of the boxes. The cards were either lesser names or in lesser condition. 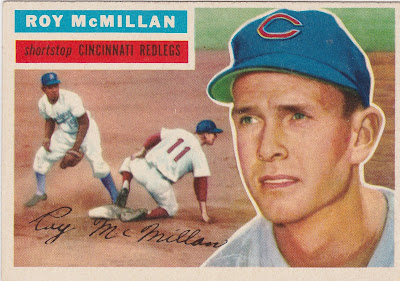 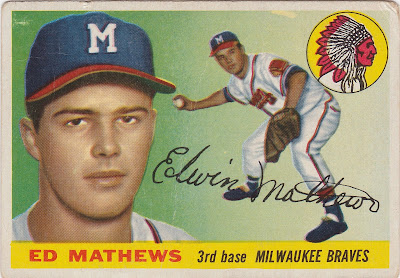 This next card was my favorite buy of the day (other than the '62 Gibson). The great Bill Russell looking about as 'Seventies' as you can possibly look. 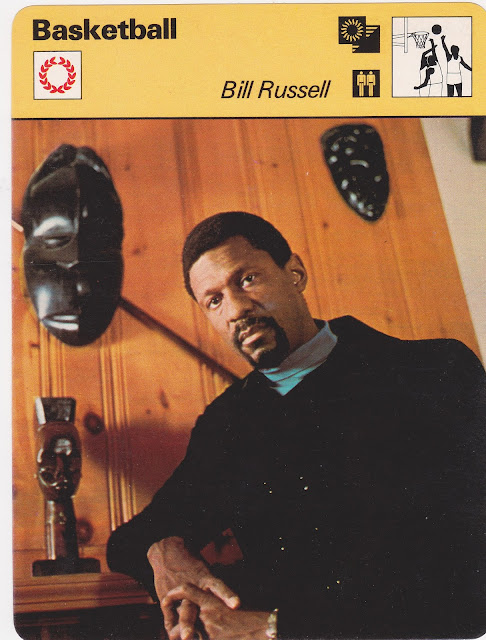 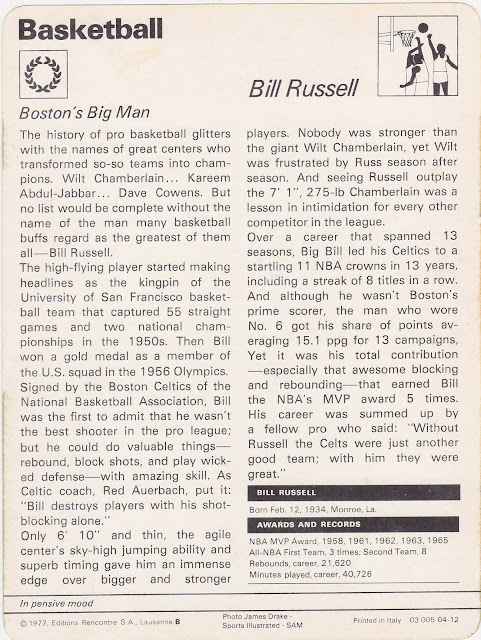 Finally a non-show card. France (and Manchester United) star Paul Pogba. I'm hoping he leads France to a World Cup title tomorrow over Croatia. In WC when I'm out of countries root for (Portugal, Italy, England, USA, Mexico) I root for players. 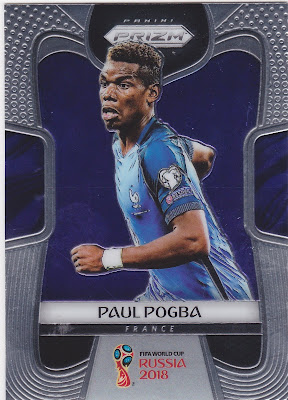 Posted by Commishbob at 3:59 PM