July in Houston is ridiculously hot and humid but helping to cool things off for me was picking up this 1943 Rangers game program. I just love the cover's artwork. Even the 'helpful' addition of the year written on the player's shoulder can't ruin it for me. 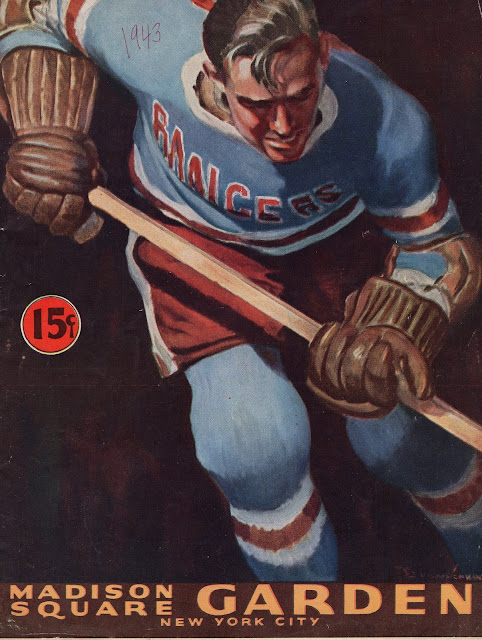 I wasn't really expecting much on the inside pages given what I've seen of programs from that era. Turned out to be more interesting that I thought it would be. 1943 was wartime and nearly every page in the program reflects that. Even the cigarette ads had a patriotic bent. Check this one out. It ran on the inside of the cover. 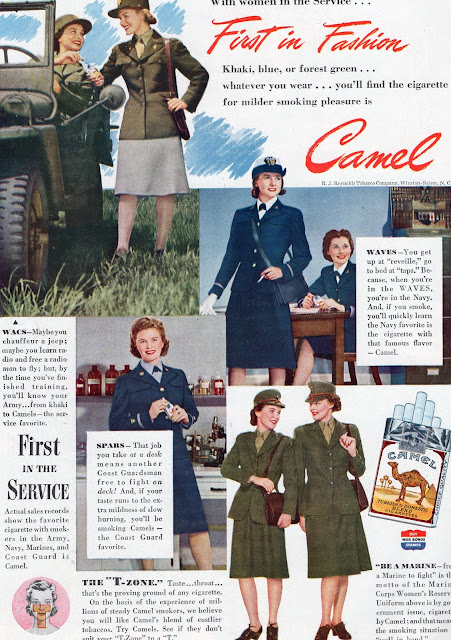 The table of contents page is below. The program is from a November 6, 1943 game against the Chicago Black Hawks at the old Madison Square Garden. Chicago won 4-3 sending the Rangers to a 0-4 mark for the season. The Blueshirts wouldn't win until mid-December and would finish the season 6-39-5. 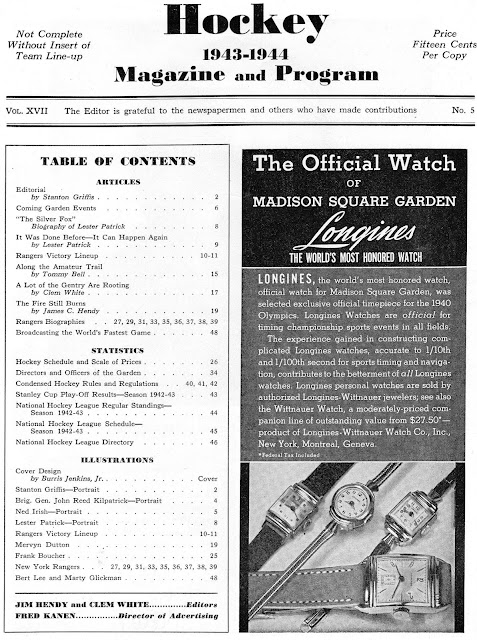 The president of MSG is shown in his uniform. John Kilpatrick was an interesting and accomplished guy. He served in both World Wars and was inducted to both the NHL and College Football Halls of Fame (he played at Yale). 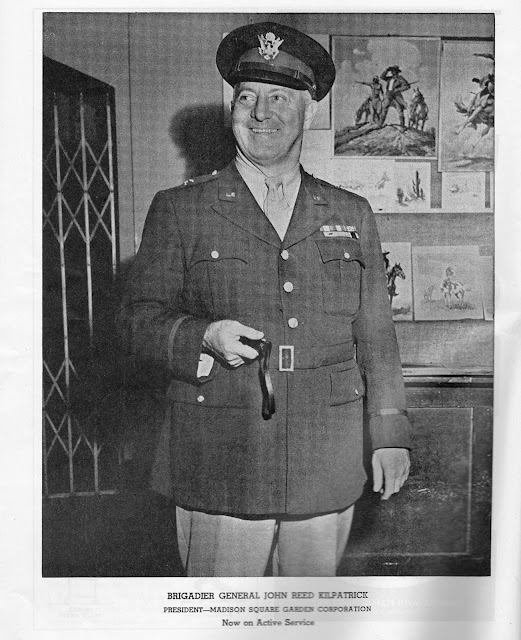 Frank Boucher was a long time Ranger player who was their coach in 1943. The story below mentions the possibility of him playing again during the current season. He actually did play in 15 games and scored four goals. He was 41 years old at the time having begun his playing career in 1916! 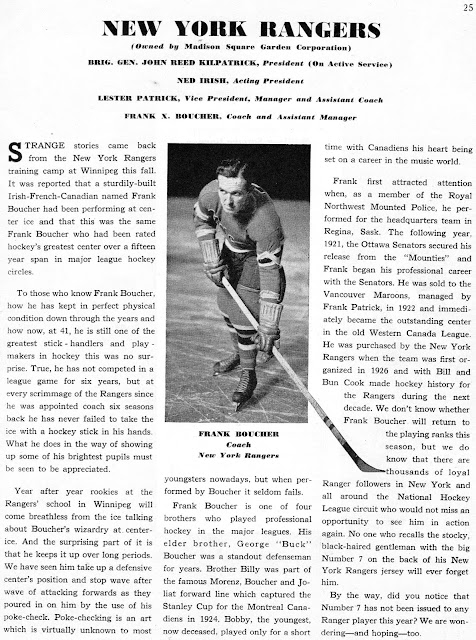 This is the gameday insert with lineups and a few ads. My Dad had an impressive collection of Botany ties back in the day. I claimed a few after he passed away. 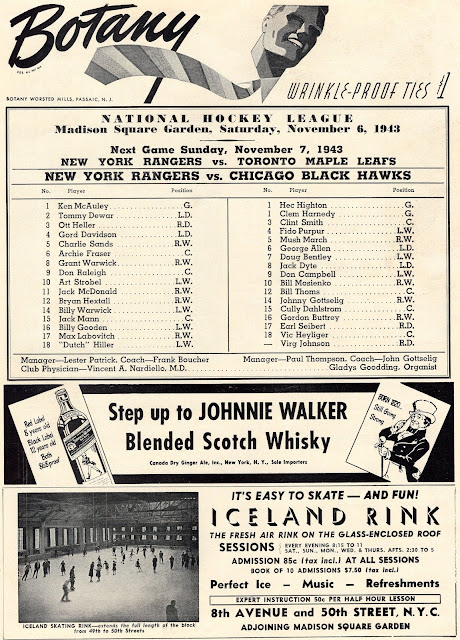 the flip side of the insert includes this sepia picture of Rangers' captain, Ott Heller. He was the only guy to play on both the Rangers 1933 and 1940 Stanley Cup teams. 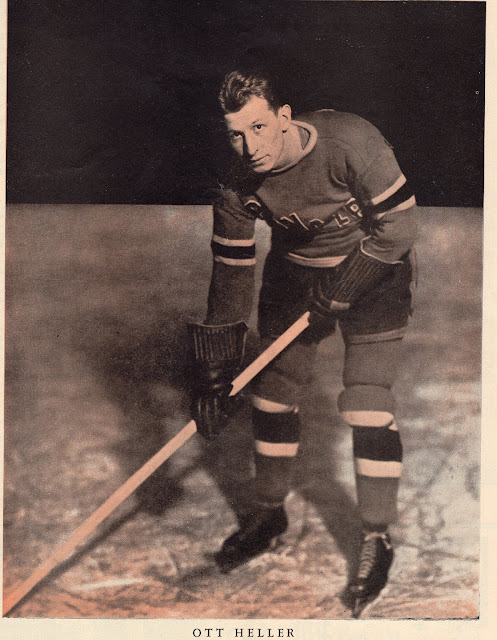 As you'd expect there are some stat pages in the program. The '42-'43 Rangers also were terrible though not as bad as they were in 1943. 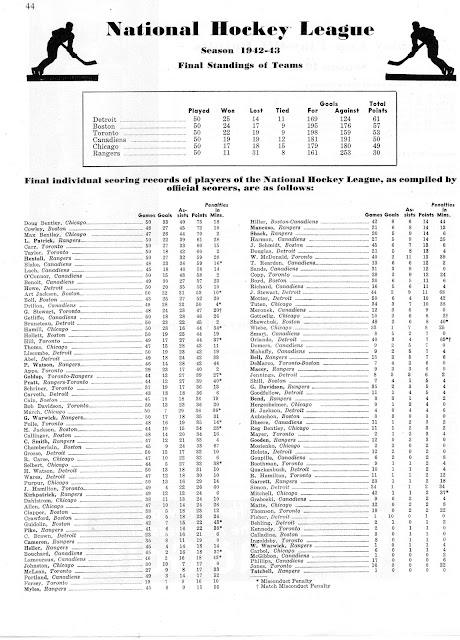 This next page is pretty interesting. Instructions on what to do in case of an air raid alert, a remarkable Phillip Morris ad and part of the two page 'Buy War Bonds' spread. 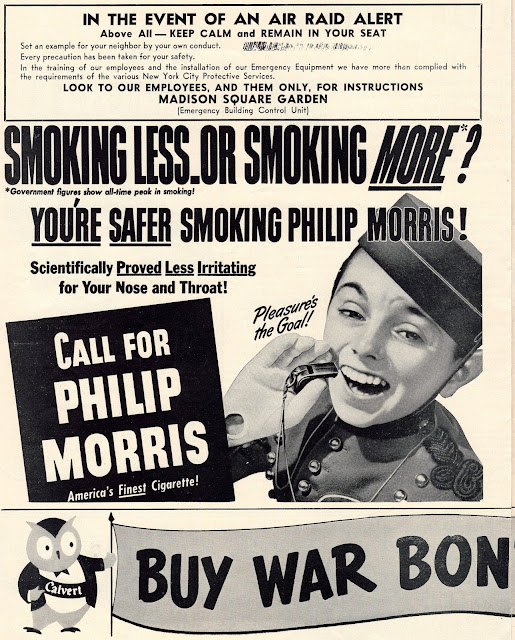 Seagram's did their part for the war effort reminding one and all of the need to keep their mouths shut. 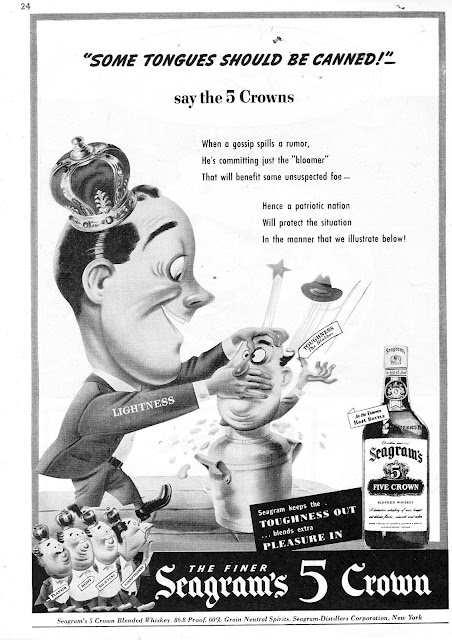 The back cover has another military-themed cigarette ad. This one features the beautiful Betty Grable ("Nice Gams!") for Chesterfields. 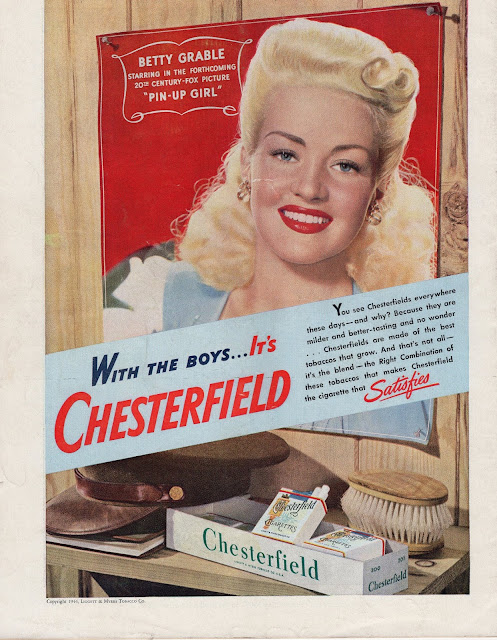 All in all a pretty nice addition to my publication collection.
Posted by Commishbob at 12:01 AM