Along with about 753 other bloggers I recently received a jam-packed manila envelope from Fuji of The Chronicles Of Fuji fame. (Sidenote...hope you back feels better soon my friend)

He crammed the envelope with all sorts of Orioles goodies. Some of this, a little of that, a scattering of those, etc. Rather than scan and post every card I figured this was the perfect opportunity to test my new scanner. I could see if it clipped white borders like my printer/scanner did. And I could gauge scan quality across many types of cards. I changed setting between scans and some differences are pretty obvious. Here is a representation of the different types of cards Fuji included.

Brooks and Boog from the 1987 Hygrade All Time Greats set. Brooks scanned at 300 dpi, Boog at 600. Kind of a fun little oddball set. The green border first series of 50 cards was followed by and orange bordered followup a few years later. I can't recall seeing the orange borders before I google'd these. 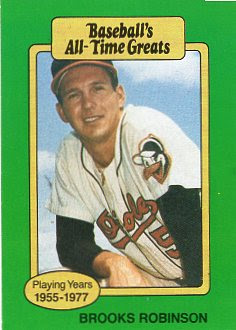 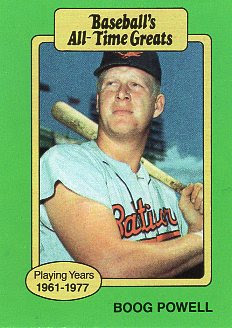 Cal Ripken K-Mart card. These K-Mart cards always take me back to when we first moved into this area. It was much more rural than it is now and the only stores in the vicinity were a grocery, a Five and Dime (ask your folks, kids) and a K-Mart. 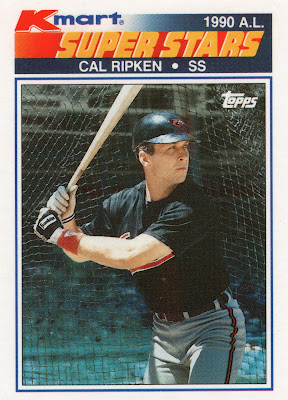 This Murray is from a 60 Years of Topps subset/promo set, etc. You probably know more than I do about it. Murray is always looking badass, right. 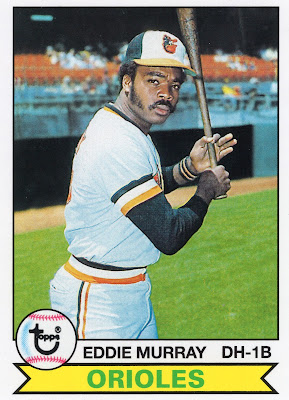 Here is a 90's Fleer Jeffery Hammonds and a 2016 Adam Jones that Topps wanted to look like a 90s release. 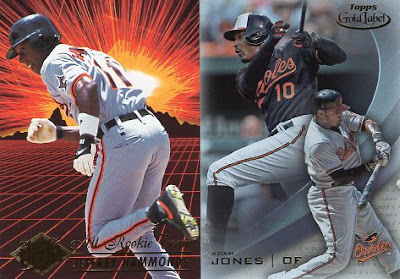 Ripken on a Fleer boxed set from the 1986. Back then I had a big box of boxed sets. Gone with the wind. 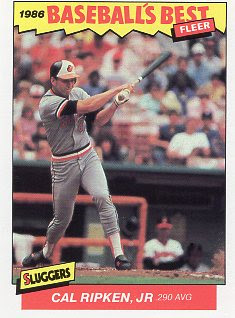 I'm not a huge fan of these Triple Play cards but ya know, this Wieters is pretty sharp! 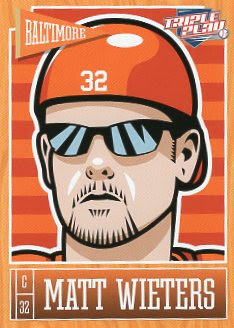 Here is my first scanner 'fail'. Tim Bascom is surrounded by so much chrome that his signature sort of fades away. Much better looking in hand obviously. To be fair this scan is worlds better than what I got from my old Canon printer/scanner. 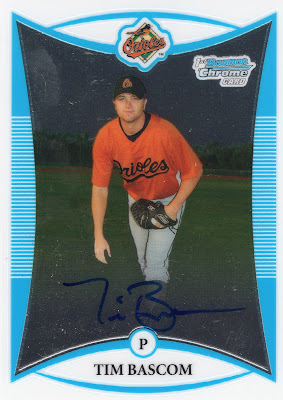 1994 Cal Stadium Club. The back has a cartoon of Cal and lists it #4 of 12 so without looking I'm guessing it's some sort of special subset or something. Cool card. 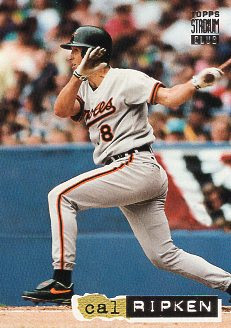 Here is one of the few cards I already had. I really liked this Heritage set of guys in throwback gear. I bought the Orioles out of it a few years ago. That O's cap and sleeveless jersey are fantastic on Mussina with the Memorial Stadium facade as backdrop. Dy-no-mite! 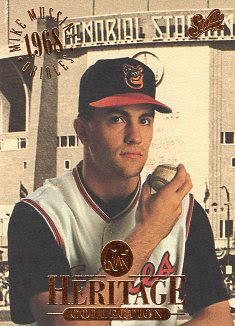 Another Cal commemorative card. It's from 2010 Topps History of the Game. 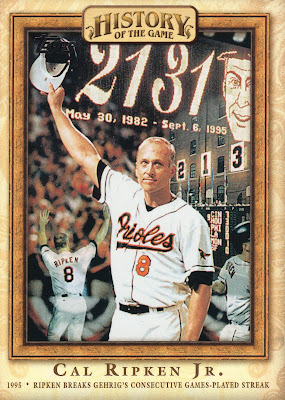 Fuji also sent some more current cards which is great because I never have much luck pulling any thru my rather limited pack buying. 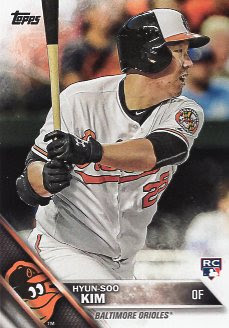 That fact that I missed a lot of Brian Roberts Orioles career is kind of a shame. Note how the foil washes out. I'm working on successfully scanning these types of cards. 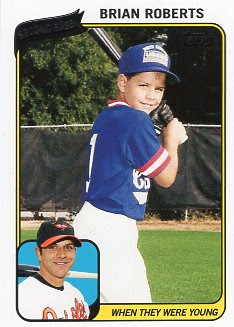 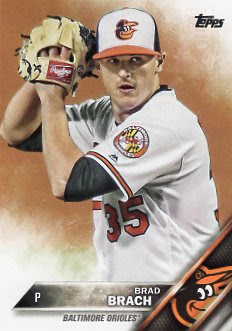 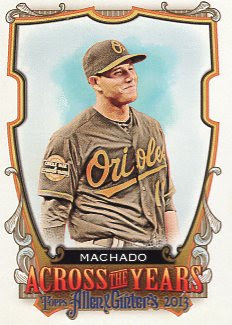 Topps Attax Adan Jones. Does anyone every actually attempt to play stuff like this? 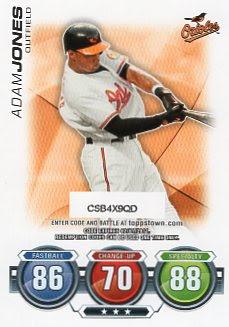 Nick Markakis. The fact that he plays for the Braves just doesn't sit well with me. 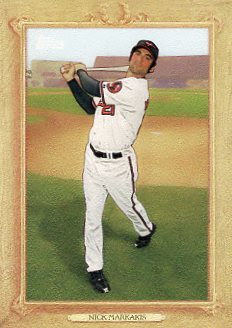 Wade Miley. At times last year he was the Orioles ace. Which goes a long way toward's understanding why we finished fifth. 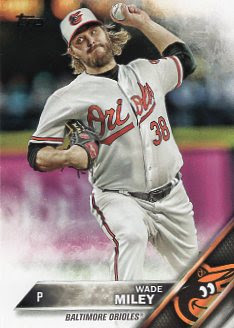 There were more cards. Quite a few more actually but these are the ones I scanned. Thanks for your generosity Fuji. The blogosphere continues to be a wondrous place, both because of the generosity of the bloggers and the fun  writing. You are a league leader in both categories.
Posted by Commishbob at 12:00 PM