I connected with an old college friend thru a Facebook group (old NFL photos!) and he a few weeks ago sent me a Christmas gift. Other than the 1959 & '60 packs I got in my Easter basket as a kid and a few cello packs I remember getting for Christmas in the early 60s this is the only card holiday 'present' I've ever received. They were wrapped and had a bow and everything.

Not surprisingly they are from a set I'd never heard of...Topps Archives Snapshots. From what I've learned they were sold through the mail by Topps sort of like their Topps Now stuff. Looks like a pretty decent checklist but there is only one Oriole, Manny Machado. 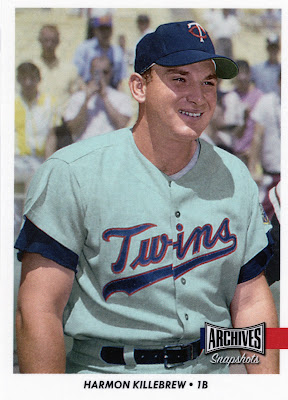 My friend is an Astros fan and he bought several boxes in hopes of pulling some Astros sigs (there are several 'Stros in the set). He struck out on that but said he got all the base Astros and a couple of parallels (B&W?). The Killebrew above is my favorite of the group. 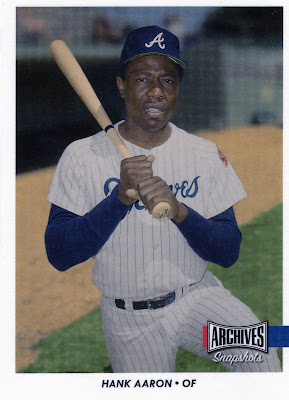 They are nice photos with a pretty simple design. A mix of current and former players. Not the best shot of Henry Aaron but at least it's not one of the same old pics that get used over and over again. 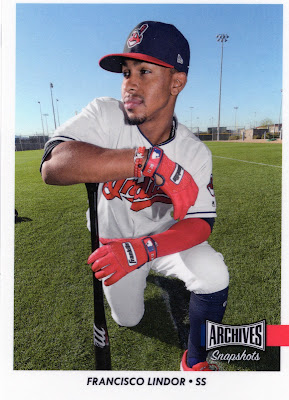 Francisco Lindor is kind of a favorite of mine among current players. He always seems to be having fun out there. 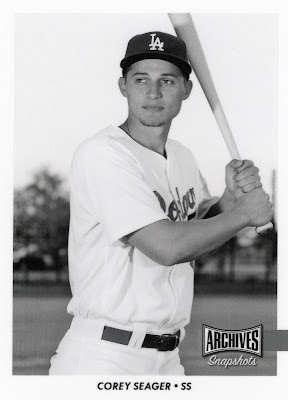 Seager as always appears to be fresh out of high school. 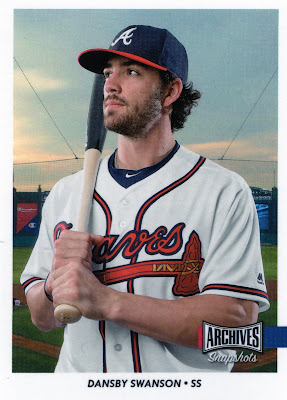 Several of these are Spring Training pics.The Swanson is pretty nice. 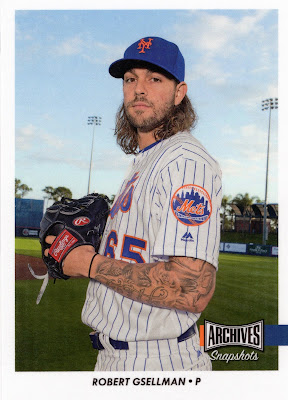 Gsellman and Lindor will replace previous cards in my fantasy baseball binder. I like variety in that collection.

Here's a look at the back of the Lindor card. Not much here in terms of info but I think the front photos are the draw for stuff like this. 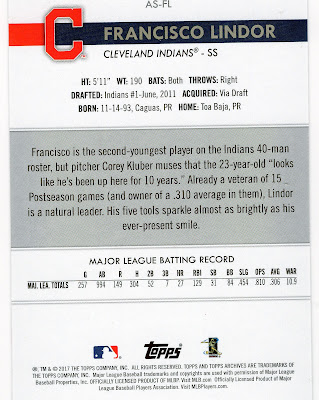 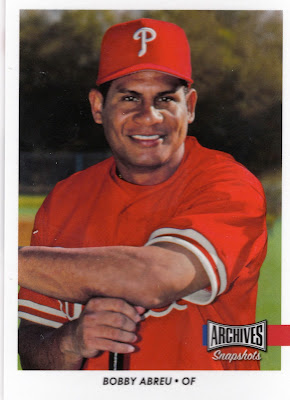 A couple of oldies here. I missed nearly all of Bobby Abreu's career having bailed on baseball in 1995 and not returned until nearly 15 years later. Looking at the scan again it appears that his name is out of focus. And looking back it seems all the names are a bit fuzzy. Might be my scanner. Might be the fact that the font isn't the sharpest.

The Wakefield pic comes thru very nicely. but why isn't he holding the ball with a knuckleball grip? 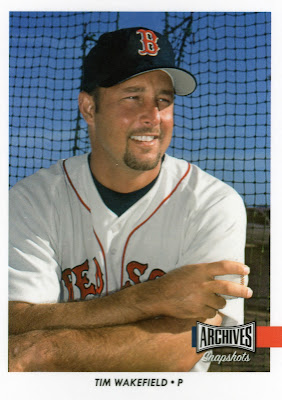 Brad sent me eight cards and a nice bonus..... 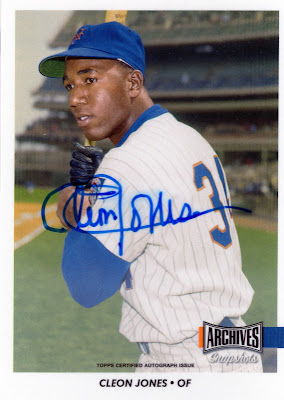 Yup, a signed Cleon Jones. He knows that Jones was a '69 Met and he promised he wasn't trolling me. I appreciate the card even though the mention of Jones' name brings back memories of him making the last out of the 1969 Series. It was that catch which prompted me to get up off my friend's couch and silently head out the door to walk home.

Looking at the checklist when I was investigating this set I saw that there were Wally Moon signature cards. I found one on eBay and it arrived yesterday. I have a small but interesting Moon PC going. This is a nice addition. 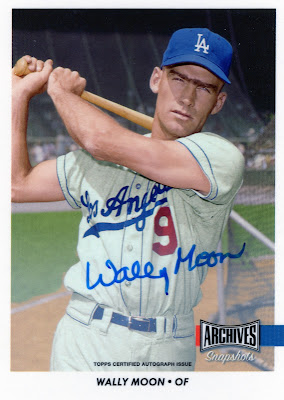 It wasn't until I was looking closely at this one that I noticed that the colors that bracket the Archives logo match the players uni colors. A small but nice touch.

All in all a fun little group. I probably wouldn't go out and buy these on my own so I really appreciate the generous gift. Thanks Brad and Happy New Year.