Here's something that won't interest many (any? LOL) but it sure made me happy. The 1972 Sunoco Stamps Baltimore Colts issue was part of a semi-national gas station premium that featured 24 players from each NFL team plus an album.

The initial group of 24 Colts was easy to find in a lot on eBay, as was the album. What was much more difficult were the two 'new player' stickers which were what amounted to an update to the original group.

Back in October I found a seller who had these things. I sent him an offer for the two Colts and then the listing disappeared. But the seller contacted me and said he'd relist them for the price I offered and that was that. It was all sort of weird but in the end I picked up what amounted to a pair of minor 'white whales'. 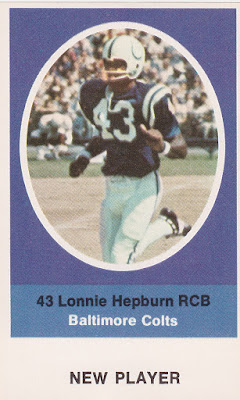 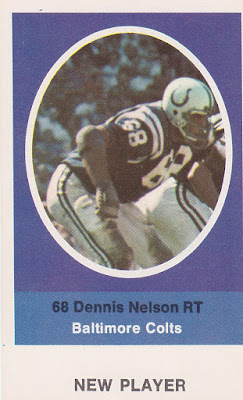 Yes, the two new player stickers actually have 'NEW PLAYER' printed on the bottom. Here is the post from early 2015 in which I included these things as part of my Baltimore Colts Card History series. Below are a couple of the regular issue stickers. 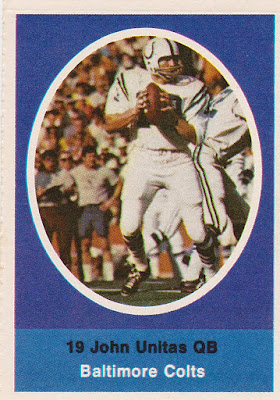 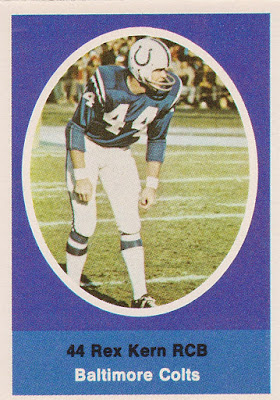 Sports Collectors Digest had an article on these stamps earlier in 2017. No mention of the added players but still informative.
Posted by Commishbob at 7:48 AM