Being the sucker for Billy Pierce items that I am I couldn't pass up making an offer on this bobblehead of him issued as a giveaway by the Joliet JackHammers in 2007.

Like a lot of these this one bears only a passing resemblance to the player it represents. It could just as easily be a bobble of my uncle Ralph in his younger days. The JackHammers were in existence from 2002 through 2010 as part of the independent Northern League. They were a favorite of fellow Pierce collector Jedi Jeff of 2x3 Heroes blogging fame. They morphed into the Joliet Slammers in 2011. 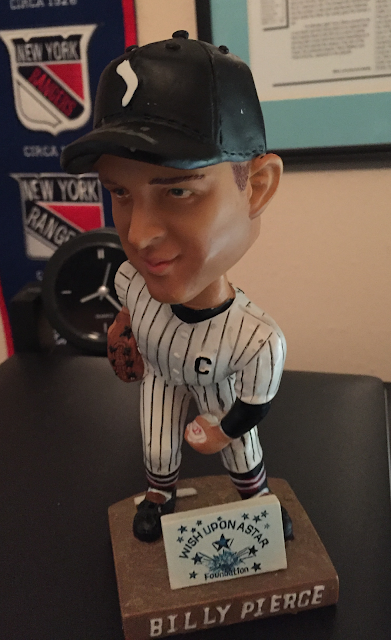 The uniform with the 'C' and the cap with the 'white sock' is what happens when a minor league team creates an unlicensed bobblehead.

On the plus side Billy did sign the cap (sort of): 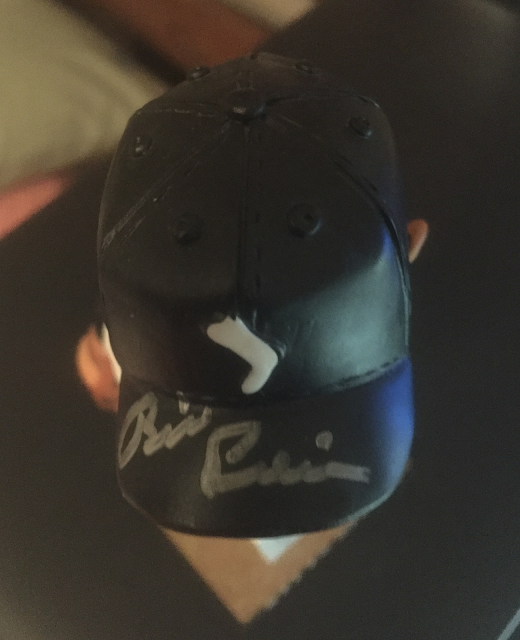 Anyway, for all it's flaws it's a welcome part of my Pierce collection. The fact that I had no idea it existed until I stumbled across the eBay listing makes it that much better. Now I need to decide who he bumps from my shelves or if I need to add another shelf. I think another shelf is the way to go.
Posted by Commishbob at 2:00 AM