While on my two week sabbatical I received a manila envelope from Joe Shlabotnik that contained what he described as an unexpected set break. The Topps Total sets came out during my time away from the hobby. If I'm reading the baseball Card Database correctly Topps out them out from 2002 through 2005.

I think I have some scattered TT cards but the haul Joe shipped my way is no doubt the largest grouping of any one year that I own.

Joe sent me about half of the 2004 Orioles in the set. It's a nice simple design. Using the team logo twice on the front seems kind of redundant but whatcha gonna do? Baseball Reference gives Tim Raines Jr's nickname as 'Little Rock'. Too bad he never approached Big Rock's numbers. 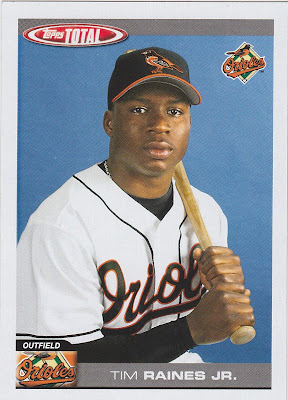 I love the idea of Total. Getting everyone breathing into a set was a cool idea. I dunno if I'd ever 'pack chase' a 990 card set but I'd love if every player these days was available on a mainstream set. It would make my fantasy baseball player collecting easier. Topps cut the total to 880 and then 770. I wonder if at that point they just thought that Total and the flagship set were cutting into each other. 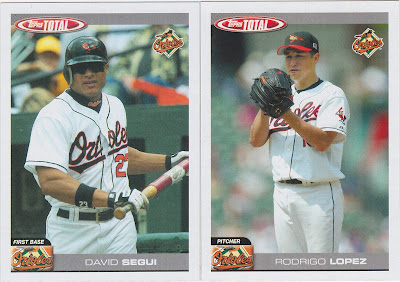 2004 is outside my scope of intense Orioles fandom. I pretty much missed the entire David Segui era. And I don't remember Rodrigo Lopez. 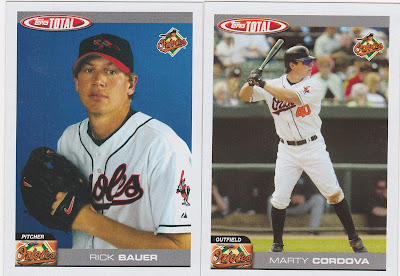 The O's really struggled for a long time after 1996. They had plenty of guys like Mike DeJean and Rick Bauer on the roster. 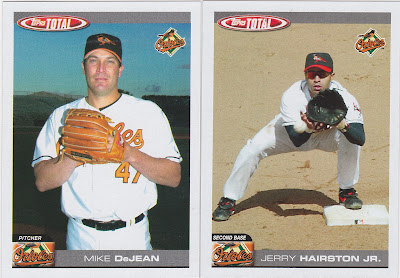 I'm really happy to get a Jerry Hairston Jr card. I had him on my FBB team in 2013 I think and only had a crummy card of him in his World baseball Classic uni to fill that slot. No more! 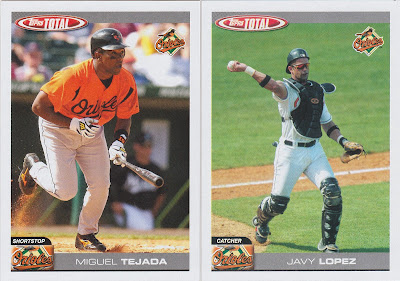 Two of the better known O's of the time...Miggy and Javy Lopez. Tejada has a page in my Orioles 'good players' binder. This one will slot in there. 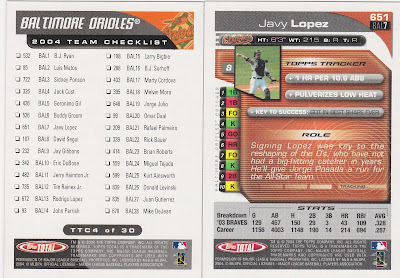 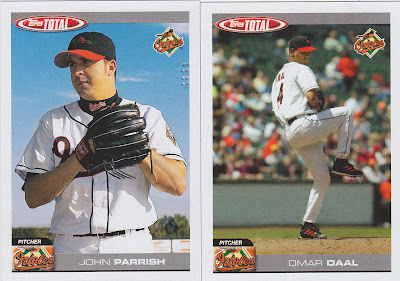 I looked up Omar Daal because I hadn't heard his name in ages. He won 16 games in 1999, and lost 19 the next season. Because baseball.

Thanks as always, Joe.  I always appreciate new additions like these.