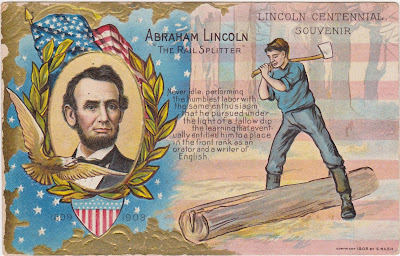 I've been trying to sort and organize my Presidential cards, buttons and other memorabilia recently. I posted a few cards last week on Presidents Day. That same day Mark 'Friend of Every Blog' Hoyle threw a few pics up on Twitter featuring some postcards of presidents based on paintings by Morris Katz.

I had been unaware of those postcards but intrigued enough that I figured I'd try to find a few for my targeted presidents, Johnson, Teddy Roosevelt, etc on eBay. While doing that I found a 72 card Presidential postcard lot at a low starting bid. I threw in the minimum ($15) and was lucky enough to win. So for a quarter apiece I landed 72 pieces of Presidential ephemera including some Katz postcards and a whole lot more.

Some of the 72 are either mundane or really cheesy but the majority are very cool. These two Lincoln cards were postmarked in 1909. These two cards are obviously related but the details vary. Both come from the Lincoln Centennial year (1909). The one below is marked with that year on the front (barely visible, top right) 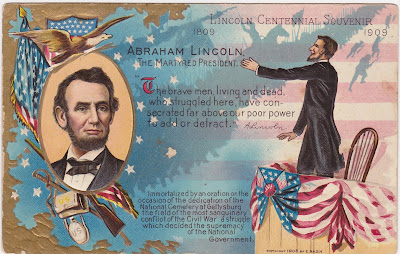 I assume they were part of a series of cards. There is a lot more info on the celebration of Lincoln's Centennial on this webpage.

Here is the back of one of the cards with the one cent stamp and 1909 postmark. 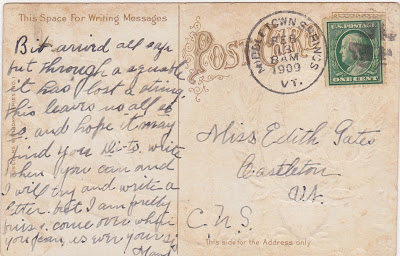 As I mentioned the 72 card lot did indeed contain some of the Morris Katz painting cards. I have not had a chance to go through and sort them out. These two Lincoln cards posted here are the only ones I had a chance to scan out of the whole batch. I'm not going to bore anyone with 70 more presidential postcard scans but I think I can get a couple of interesting posts out of this eBay buy.

BTW...here is one of Mark's Twitter photos showing the Zatz cards. The cards of the earliest Presidents are the most interesting, at least to me. Thanks for setting me off on this path, Mark. 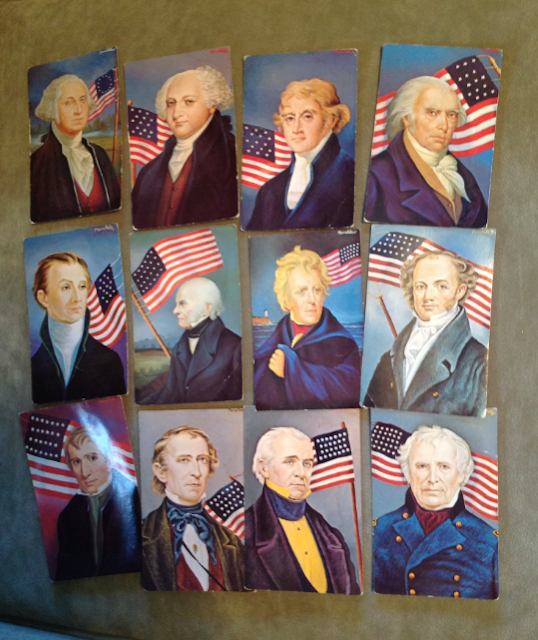