I've been accumulating stray cards here and there over the last couple of months. Sometimes I'll add cards to an eBay order to take advantage of reduced shipping or a multi-card discount. Sometimes I just pull cards I don't really need from discount boxes at card shows or buy stuff from Net54 guys on an impulse.

I've scanned a bunch and figure that now is as good a time as ever to post them, with or without comment. 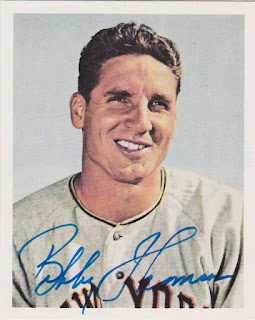 This signed Bobby Thomson is from the 1982 G. S. Gallery set about which I have very little knowledge. I've seen references to Gallery being a dealer and that may be the case. The set had 24 cards of some of the bigger names from the 50s and 60s on its checklist.

Looking at the reverse side I was reminded that Thomson spent about three weeks with the Orioles in July of 1960. They were his last couple of appearances in the majors. Here he is with O's catcher Clint Courtney. This early 60s Dutch Gum card of Bob Dylan came from a Net54 purchase. Seeing him in concert last fall was a kick. 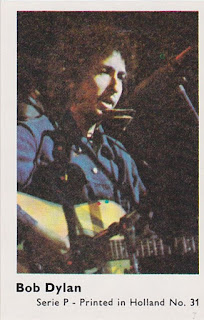 This signed Billy Pierce phone card is the second in my collection. It was a Sox giveaway item. And finally here is a rarity in my collection...a Topps Now card. I bought it from a reseller which is the only way to go with these things. 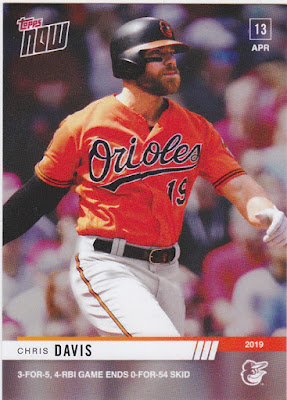 LOL...my man Crush Davis. I'm not really sure what prompted me to grab this other than my giddiness at him ending that sad hitless streak. As I think I posted (or tweeted back then) he is too good a guy to have had to endure the foolishness that came along with his futility.


I've got more scans but that will have to do for tonight. I need to go pick out my attire for this weekend's Orioles visit to Houston.

Oh, and here is Bob Dylan along with the late, great Tom Petty doing Knocking on Heavan's Door live in 1986.  One of my very favorite songs.