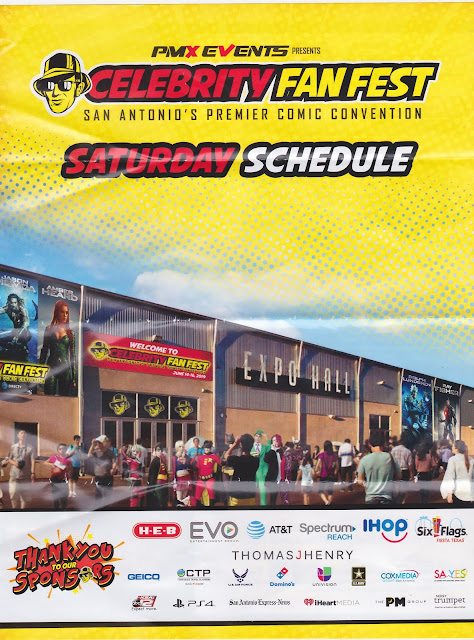 I spent last weekend in San Antonio at the 2nd Annual Celebrity FanFest. I'd always been curious about these sorts of things but was never willing to shell out the bucks they charge at Houston's ComiCon.

I went to hang out with my friend Robert Wuhl. I had a terrific time but I'm not going to bore you with a minute-by-minute account. I'll post for pics and toss out some random thoughts and observations. BTW..if you are not familiar with Robert you can see a partial list of his credits here and read a bio here. We've been friends since we met in the dorms at the University of Houston in 1970. We were roommates at various times during and after college.

The venue, Freeman Expo Halls and Coliseum, was much bigger than I expected. I didn't even make it to the entertainment stage or the related car show (Batmobile, etc) held in the other buildings. 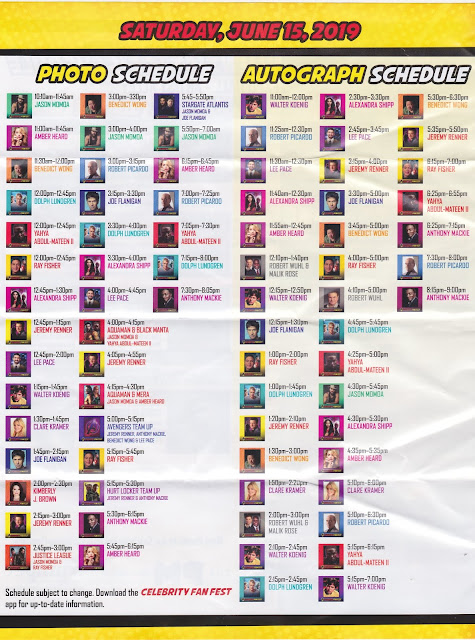 If you look at the Friday schedule you can see that the celebrity guests had multiple sessions and most had sessions over several days. That's very different than how sports autograph shows work. 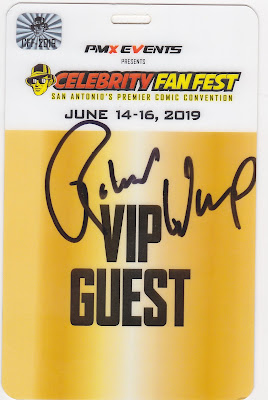 I got to see the show from a celebrity guest's perspective. I spent a lot of time in the 'green room' which was neither green nor a room. It was a curtained-off area behind the autograph and photo opp booths which was where the celebs (and hangers-on like me) could eat and relax. Food was great, btw. I clipped this from the Saturday paper......

I gotta tell you, my pop culture knowledge is seriously lacking. Except for Batman and, to a lesser extent, Superman, I don't really know much about any of this stuff. A couple of the celebs were familiar to me. Most weren't. I had NO idea about the wrestlers/WWE/cage fighters or whoever they are.

I cribbed these two videos from a local podcast/YouTube duo who were there doing interviews. This first one covers the Friday ribbon cutting.


Robert spent Friday with a table in what they called Artist Alley. Here is a snippet from the video they did with him.


I recognized Jeremy Renner from some movies. He was pleasant but rather reserved.


My wife had an absolute fit when I told her I met Jason Momoa who apparently makes women swoon. I still don't know what he's in. Aquaman, maybe? UPDATE...Yup, he's Aquaman. Ray Fisher was very nice. I had a long chat with him about Texas. I learned from my son that he plays Cyborg. He just seemed like some guy hanging out. LOL 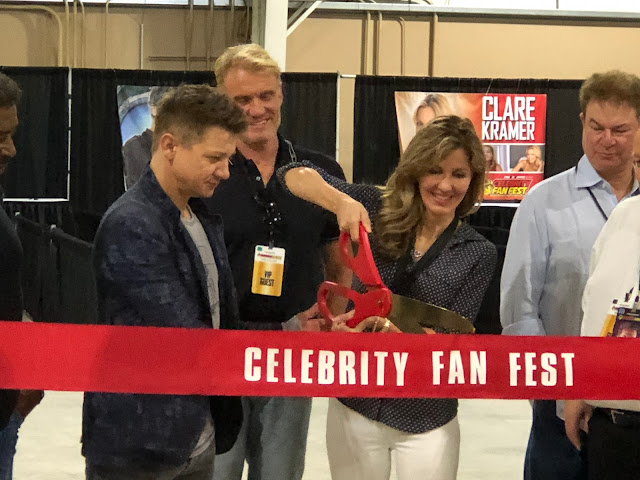 I did take a lot of pics out on the floor. Here is the ribbon cutting. 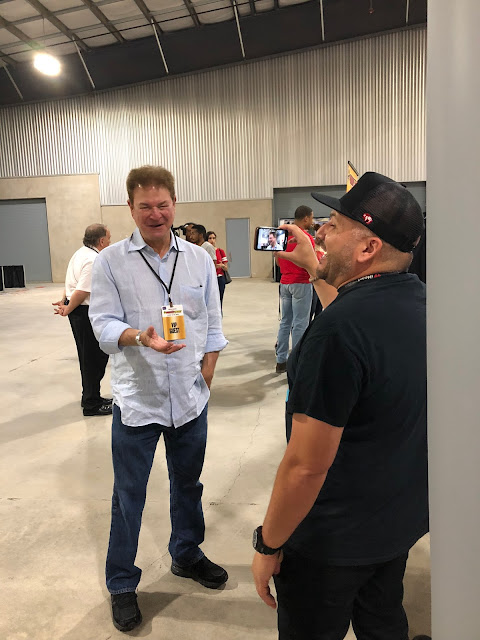 Robert getting interviewed on Friday prior to opening.

Here's Robert's table. This was the Friday set-up but he wasn't crazy about where it was located. Frankly, the whole show seemed to run on a wing and a prayer with plans changed on the fly. 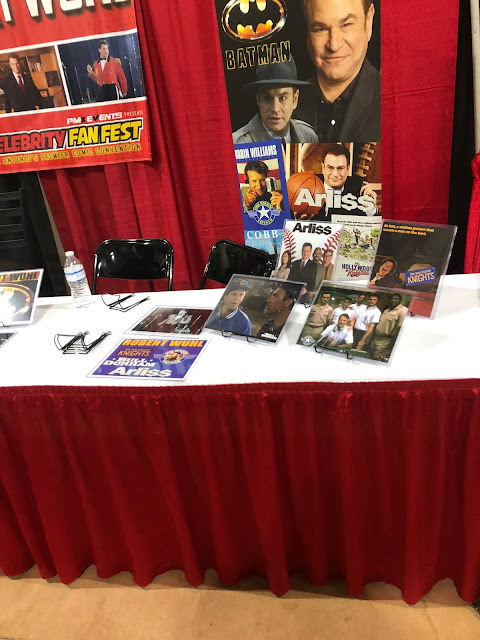 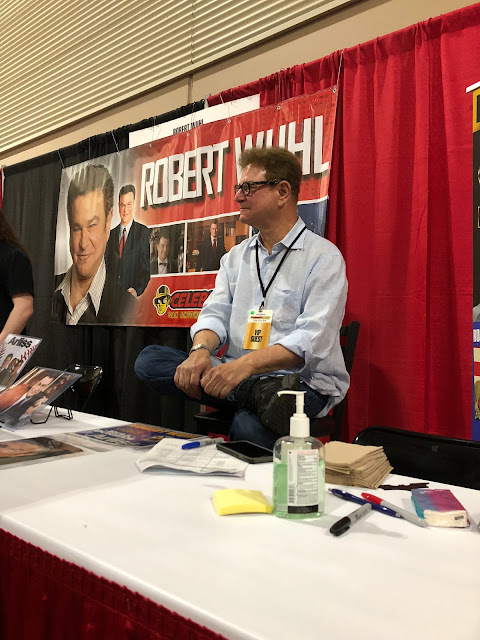 This woman wouldn't leave the table. LOL, A lot of the work was done by volunteers. She was one but apparently didn't have an assignment other than to chat up Robert. 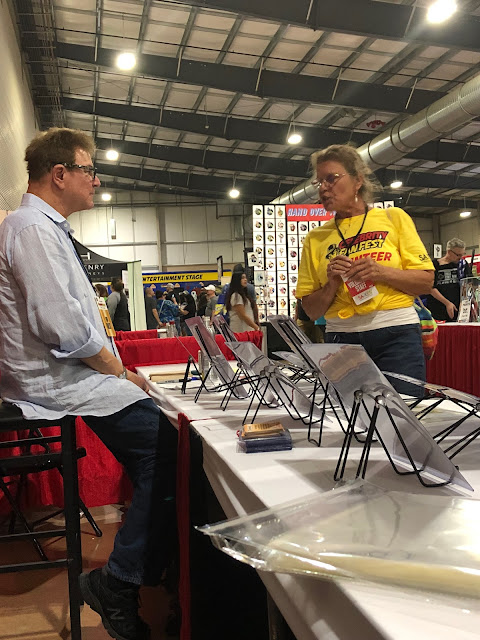 Dolf Lundgren was awesome to talk to. We sat at a table in the green room and had lunch and had a great time. He and Robert had some fun stories. I took this pic on the sly. The blonde woman is a WWE fighter, I think. I didn't think taking pics of the folks we were around was something I should be doing. And I didn't ask for any autographs. I was already feeling like a fifth wheel who didn't belong, so why press it? 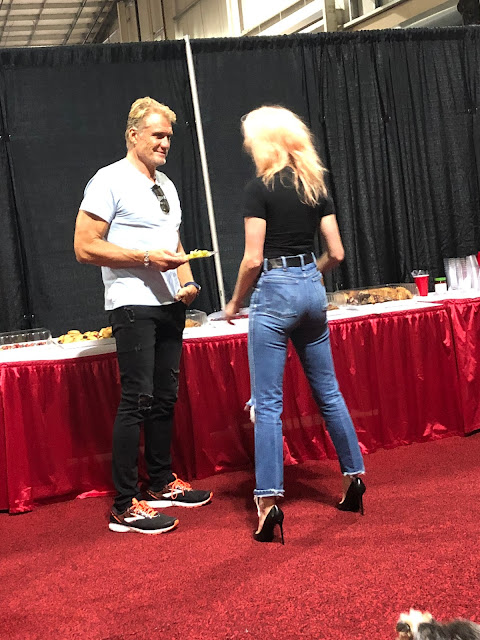 Of course, there was a lot to see out in the vendors' area. Plenty of odd characters and folks selling stuff. Mostly shirts, Funko things (whatever they do) and about everything else related to movies, comics, fighters, and assorted foolishness. 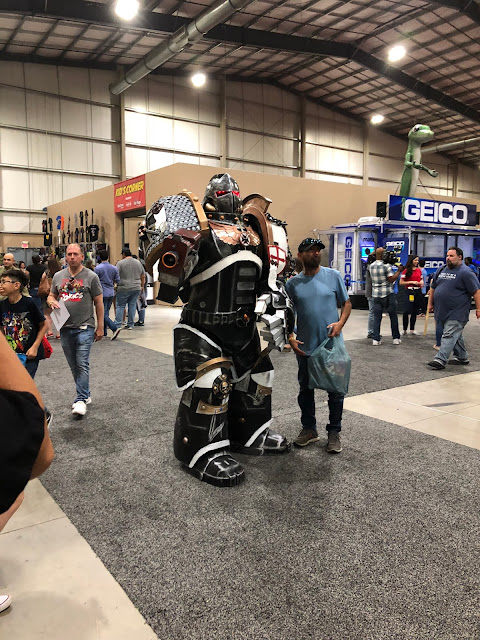 A lot of the costumed folks looked pretty good. Some of them just looked uncomfortable.

Speaking of uncomfortable... the only regret I have about the weekend was that I never approached Walter Koenig who played Chekov in the original Star Trek series. I loved that show and still enjoy watching it. Koenig was by himself most of the weekend, sitting in the green room drinking coffee between sessions. I don't know why I didn't go over to talk to him, he didn't give off a 'don't approach me' vibe. In fact, he seemed kind of lonely. I even saw him sitting in the hotel lobby on Saturday night. Oh well, next time. 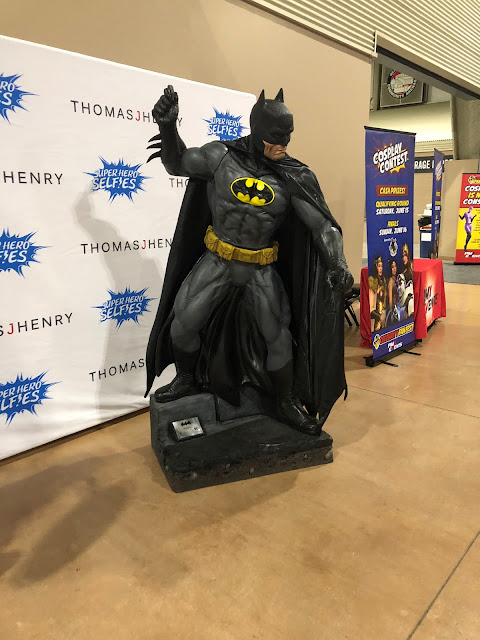 The absolute highlight of the show was spending time with Malik Rose. For some reason, he was teamed up with Robert for Saturday and Sunday. They did a panel discussion together and shared an autograph booth. If you bought a ticket for either guy you also got the other one. 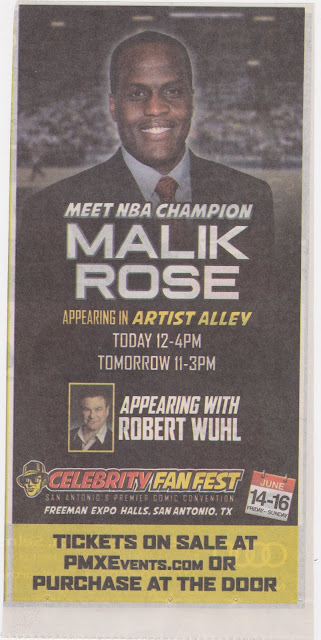 Malik was awesome with the many Spurs fans who stopped by to talk or get something signed. Another sign of the show's lack of prep is that there were no photos of him available. He signed shoes, FanFest programs, T-shirts, whatever. I could have made a killing with a stack of his pics or basketball trading cards. 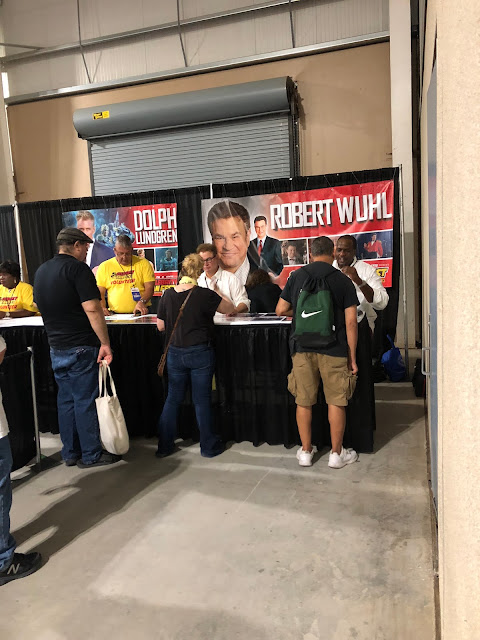 After spending all Saturday with him it was apparent that he's a genuine, down-to-earth guy. Unlike some 'celebs' whose eyes tend to glaze over when you talk to them Malik was interested in what you had to say and talking hoops and San Antonio sports and food with him was a blast. He came over to say good bye because he knew I was leaving soon to get home for Father's Day stuff. Like I said, genuine guy.

I really didn't do much hobby-wise over the weekend. One or two of the toy vendors had some McFarlands and similar statues available but that was about it. On Saturday I was scrolling thru my phone and found an eBay promo code for $3 off a card so I used it right there in the green room to buy this 2019 Frank Robinson. It has to be some sort of short print because it was $4 which seems high for a regular Topps card but it ended up costing me .99 cents. 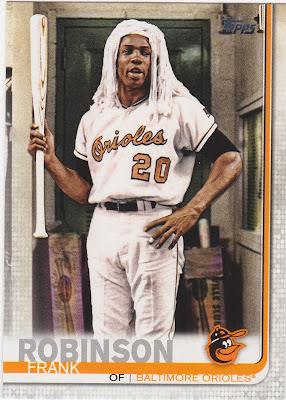 And when it showed up the other day the seller had packed the card in a team bag with a bunch of other stuff, mostly these Bowmans. You never know when I'll need one for my fantasy BB binder. Pretty sweet I thought. 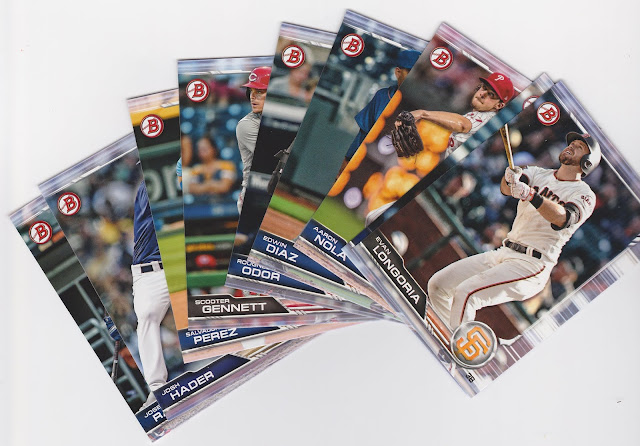 Reading back over this post I realize I did a terrible job of capturing the FanFest experience. I also wish I had taken more pictures but I'm pretty sure Robert will do this again (this was his first such experience). He enjoyed it. Next time I'll take my wife so she can meet Jason mamoa (or maybe I won't!! 😉 )