Baseball cards don't come much prettier than the 1953 Bowman set. I bought a small lot of these things recently along with some 1950B. They all had flaws but that doesn't matter.

Mel Clark was a platoon outfielder for the Phils in the early 50s and played a few games for the Tigers in 1957. He was a career .277 hitter with no power. He sure looked sharp in this photo taken at the Polo Grounds. 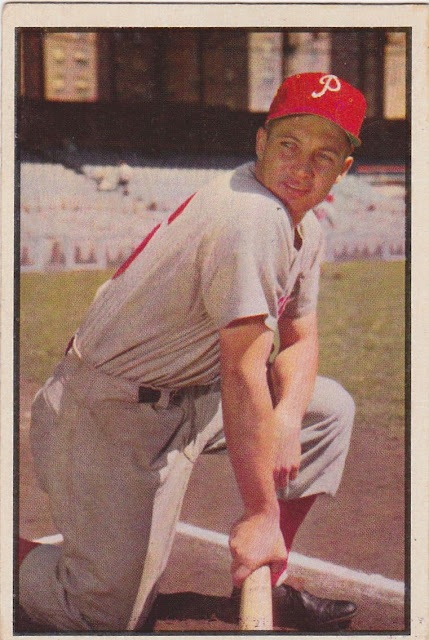 Clem Koshorek was coming off his only full big league season in '53. After hitting .267 as the Bucs' utility infielder in 1952 he only had one at-bat and then returned to the minors. He spent 13 seasons in the minors. That stain doesn't detract much from my enjoyment of this card. 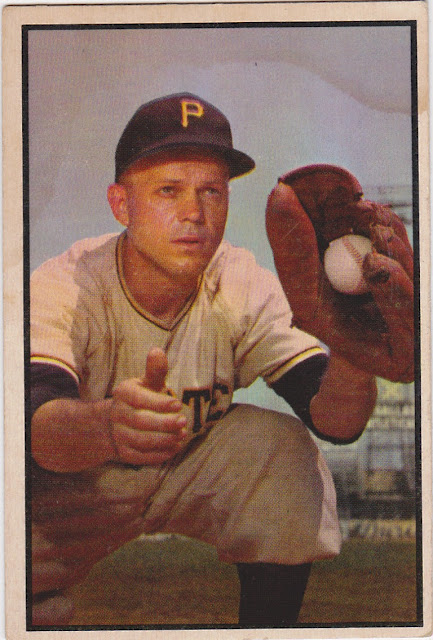 Braves' manager Charley Grimm in another Polo Grounds pose. The write-up on the back is classic. 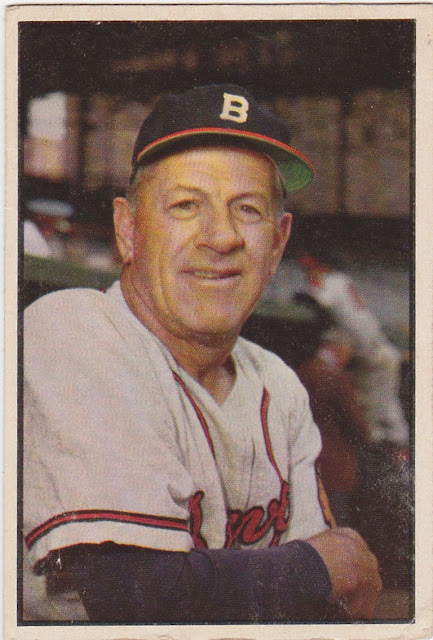 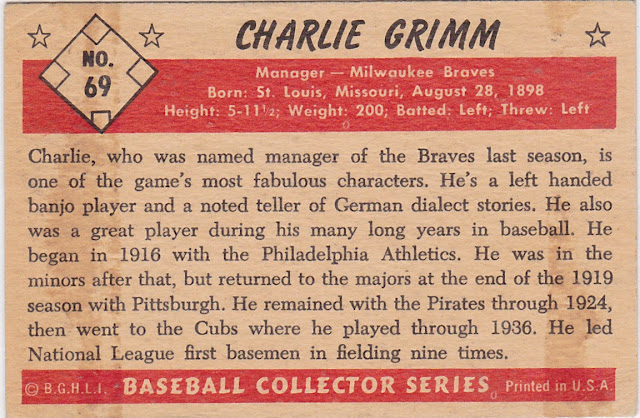 Cal Abrams was in his first season with the Pirates after several years as a spare outfielder in Brooklyn and Cincinnati. '53 was his first year as a full-time starter and it was his best season in terms of homers, RBI, and average. In '54 he was traded to the Orioles in May and ended up leading the team in runs, doubles, triples, and average. He even got a few MVP votes.

He's got the same stain as Clem Koshorek. 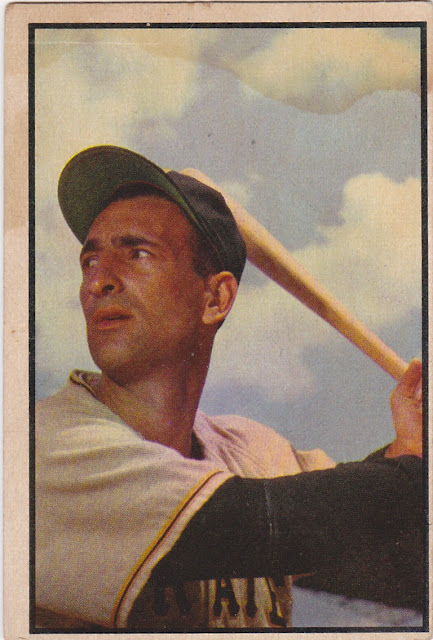 And finally, it's Hall of Famer and long-time Mets announcer, Ralph Kiner. Teaming up with Bob Murphy and Lindsey Nelson, he was part of my favorite non-Orioles broadcasting crew. 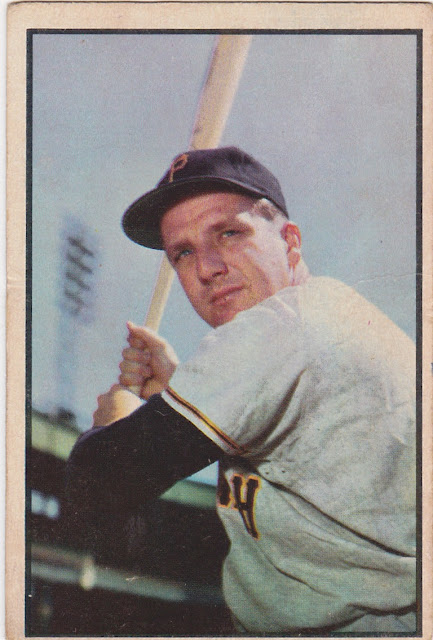 Here is a compilation of 'Kiner-isms' from the Mets' tv booth. Warning: There is some Tim McCarver involved.