Close to two years ago I bought a nice lot of 1957 Topps baseball with the intention of building the set. But some other builds and projects kept getting in the way. Now that my 1971 set is complete and my '74 attempt got sidetracked (more on those soon)  I have the time to work on this beauty.


Through the years I've picked up some stars and such from the '57 set. I always have liked the Dodgers' cards with the photos from Ebbetts Field. I'd buy them never really intending to build the whole thing. But the starter lot I mentioned came available at a good price and it was more than I could pass up. So here we are. 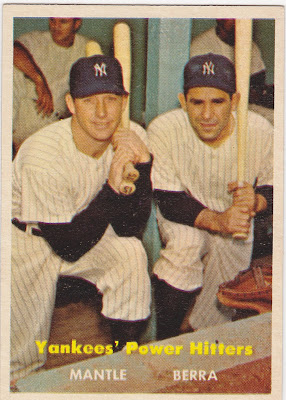 I hit up the hotel card show on Saturday and added about 40 or so cards in really nice shape. My friend Darryl really hooked me up. All the cards in this post are from my purchases at the show. The mantle/Berra is obviously the priciest of the bunch but it's nice to get one of the big ones behind me. I have some stars already but not as many as I thought. LOL, The checklist is sort of daunting, to be honest. 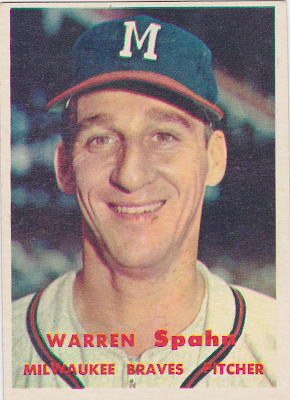 Gotta love Spahnie! This was picked up from a different dealer. It was one of the rare times I hit up any other tables.

I hear folks rag on the '57 set as being dull, having lousy photographs, etc. And I don't see much of it on the blogs. All of which is encouraging to me because I don't need more people digging for bargains while I'm chasing it.

And while you're at it...tell me these next two are not wonderful cards. 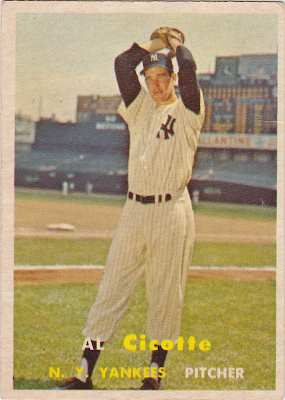 The Al Cicotte and Brooks Lawrence cards are flatoutawesome. Love the old YS scoreboard and Lawrence's terrific Reds uni with the Polo Grounds behind him. Cardboard art. 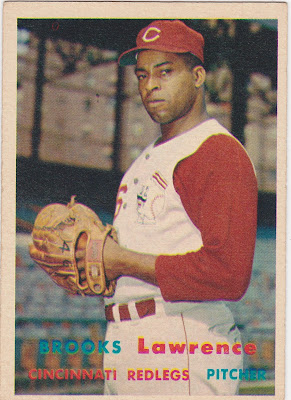 Don Mossi is always great to see on a card. This whole set is pretty much a mix of portraits and posed action shots. 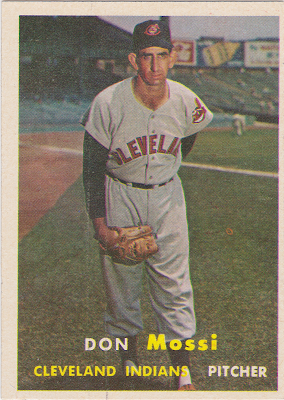 Dave Pope was in his second go-round with Cleveland. He had also played for the Orioles. 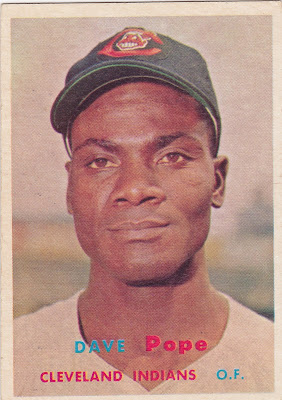 Mack Burk is at Connie Mack Stadium. He had 16 big league at-bats with one hit. He was a grad of Houston's Stephen F. Austin high school which is where my wife went to school. It's on Houston's near SE side, just a ground rule double away from the University of Houston.. 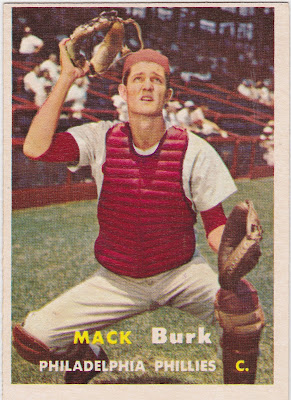 Jim Lemon never had anything but a portrait card. Well, that's not true but that's what it seems like. 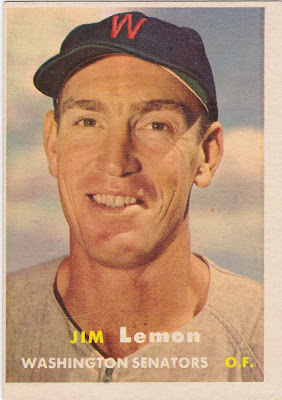 Another Phillie here. Jack Meyer was a Philadelphia native. 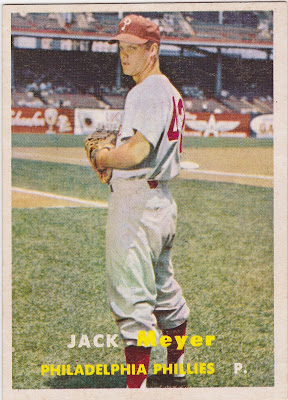 And finally a great card of Turk Lown of the Cubs. He led the NL in appearances in '57 and a few years later with the White Sox, he led the AL with 15 saves. 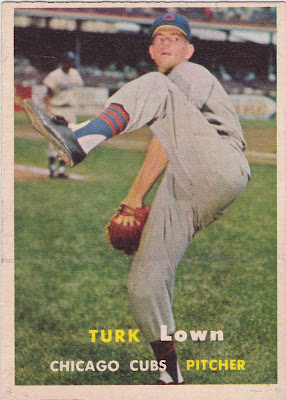 Topps packed a bunch of stuff onto the backs of these things. Most players got a blurb, a cartoon, full major league stats, vitals, and a big number inside that baseball. 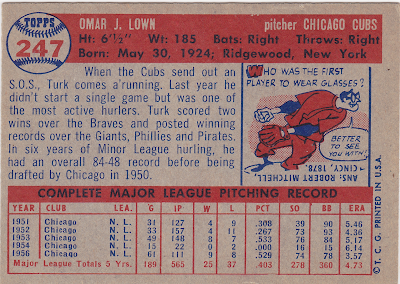 I'm past the 150 card mark with this set now. I likely have a few more minor stars stuck in some binders I haven't dug through lately and that will help. If you're interested you can check my progress with my needs list over at the top of the sidebar.
Posted by Commishbob at 1:03 AM