I woke up early this past Saturday and headed up I-45 through Dallas and on to the North Texas Card Show staged at the Comerica Center in Frisco which is the Dallas Stars' practice facility among other things. It was a four hour trip and was the first time I'd traveled out of town for a card show since the National was held twice in Arlington, Texas in 1986 and 1990. 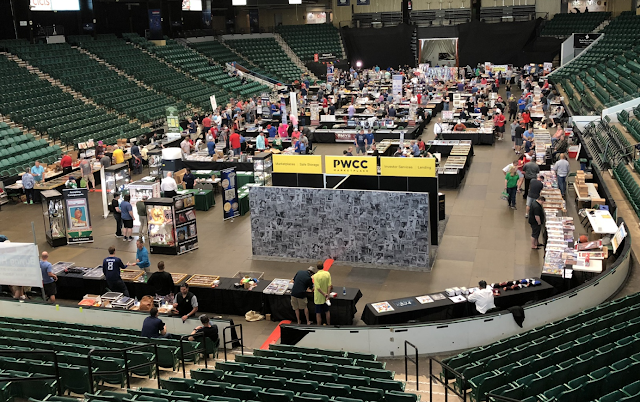 It was a nice 'medium' sized show, bigger than the hotel meeting room shows I hit all the time but smaller than the TriStar events. About 200 tables I'd say.

They had several former members of the Dallas Cowboys as autograph guests and I had no interest in them but I hadn't remembered that former major leaguer Eddie Robinson was going to be there. He served in the Navy during WWII and then played 13 seasons of baseball in the American League. He played for 7 of the 8 AL teams that existed during his career. He was a favorite of my Yankees fan father who always told me Robinson was under-appreciated as a ballplayer. He was pretty spry for a 98-year-old and I asked him to sign a copy of his book to me. Many years ago I came across one of his game-used gloves that he had signed at some point. I have it in storage and wish I had paid more attention to the show flyer and ads. I would have dug it out and brought it along. 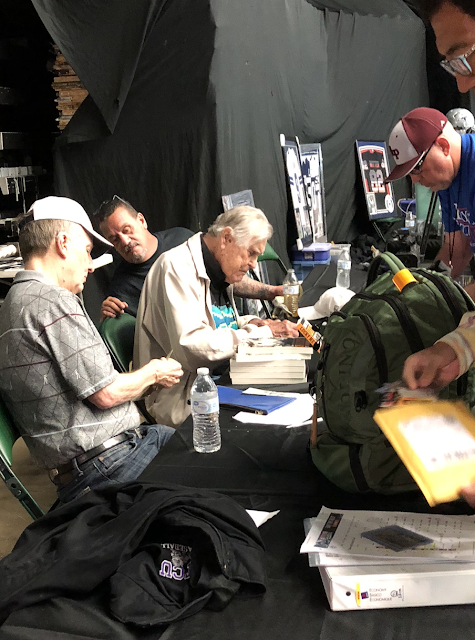 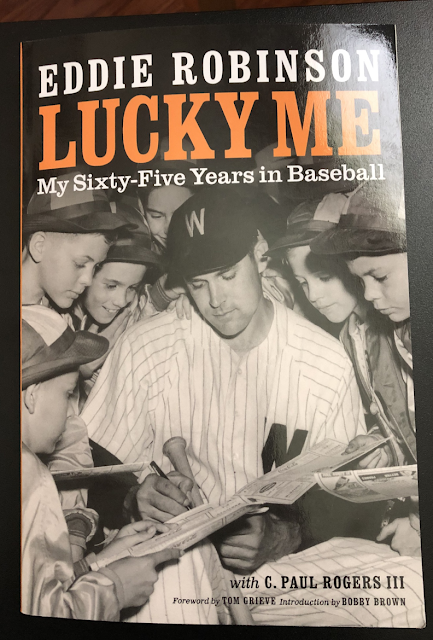 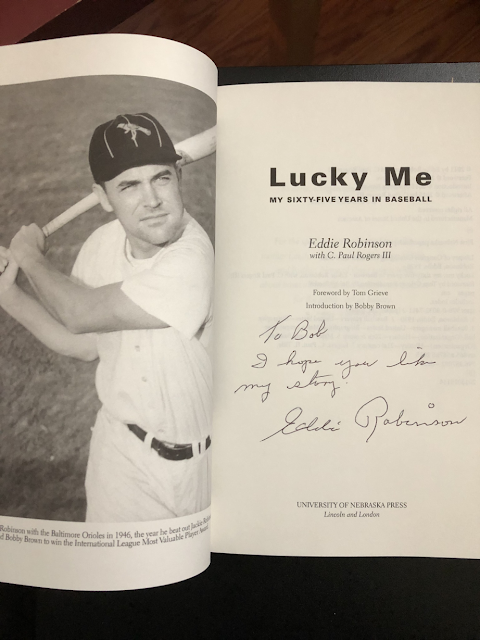 There were several of the major auction houses with booths at the show. I didn't stop at them but I did enjoy the displays that they brought along. First is this beautiful Roy Campanella jersey that was in place near the Heritage Auction booth. Sweet, yes? 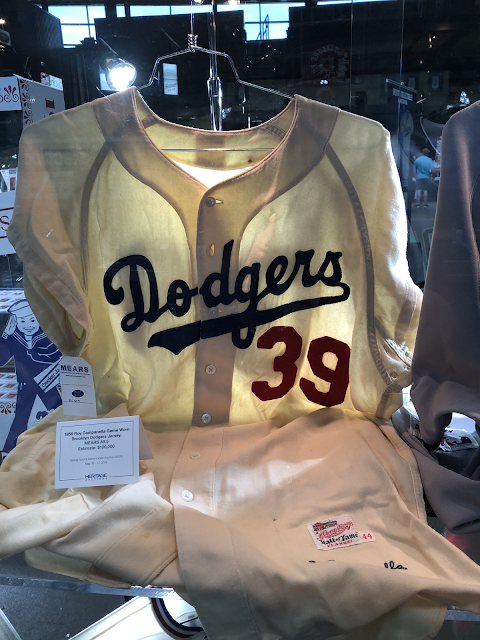 But this next display really had me drooling. A complete 1915 Cracker Jack set. Unreal to see it up close. 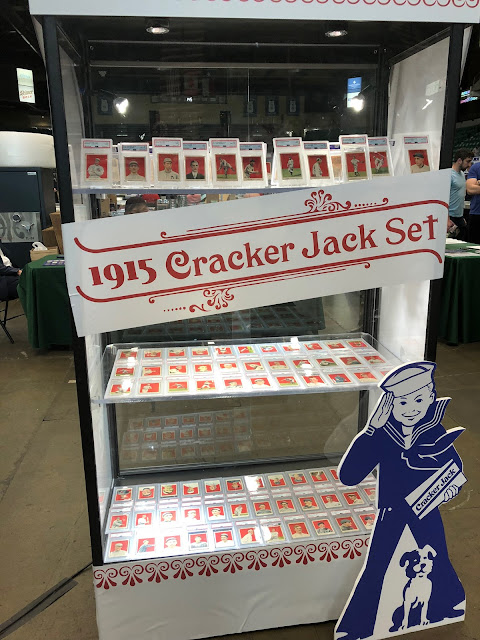 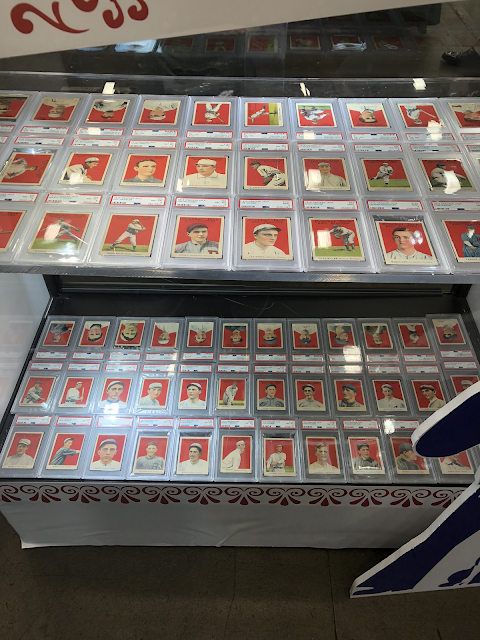 Of course, I had to find the card that is my personal white whale, the Chief Bender card. 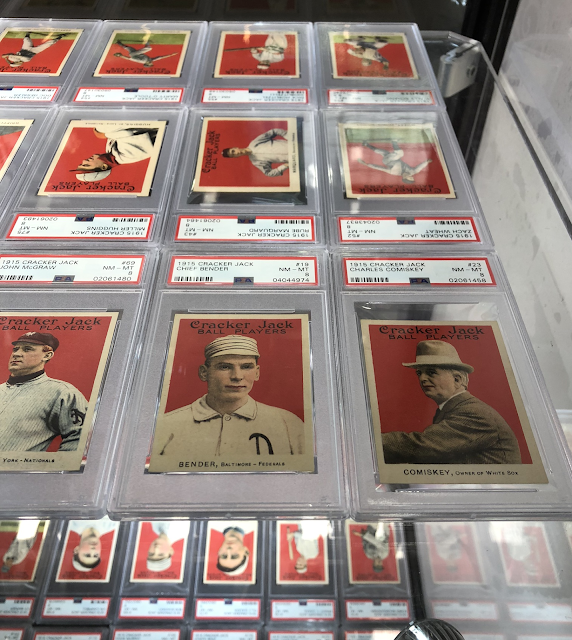 I spent about four hours circling the floor, minus a Diet Coke break and the time spent with Eddie Robinson. I didn't spend a lot of money but driving up and back in one day kind of forces one to want to come home with something. And I did......here is a quick look:

This very nice 1954 Bowman Jackie Jensen is a fine addition to my rather informal JJ PC. 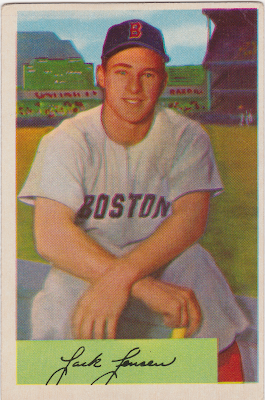 The same dealer had some very deeply discounted '57s which I snagged. I'm not ready for really begin my pursuit of the set but I pick up cheap cards that I know I need whenever I come across them. This Dodgers' Sluggers is a neat card...even with the wicked creases. 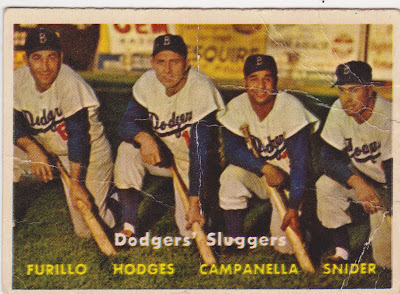 Speaking of Dodgers...I also chose this Duke Snyder. It was in very nice condition for the price. 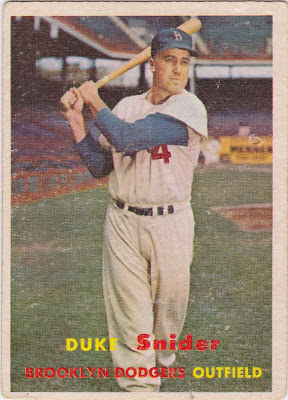 As was this Red Schoendienst. 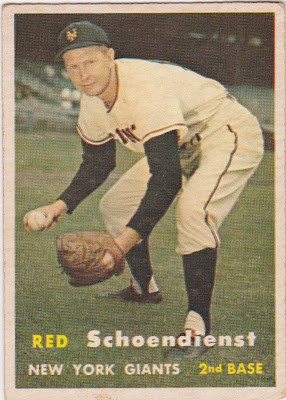 I spent most of my show budget filling my 1971 want list. I found several dozen, Here are a few. The Hundley card is a replacement for the one I bought and then lost at the last hotel show. 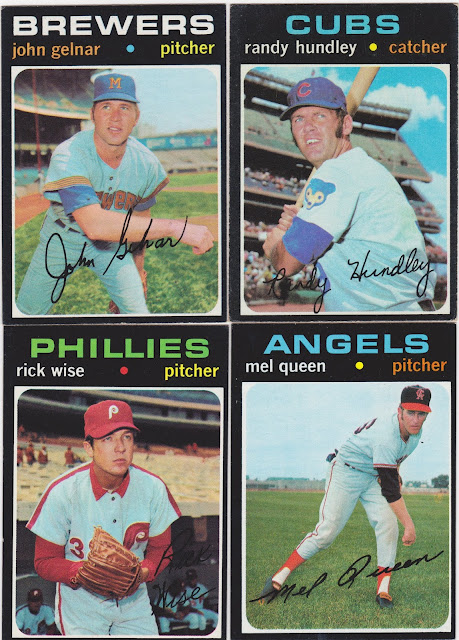 I also bought a stack of 1960 Leaf gems. I'll have more on these in an upcoming post. 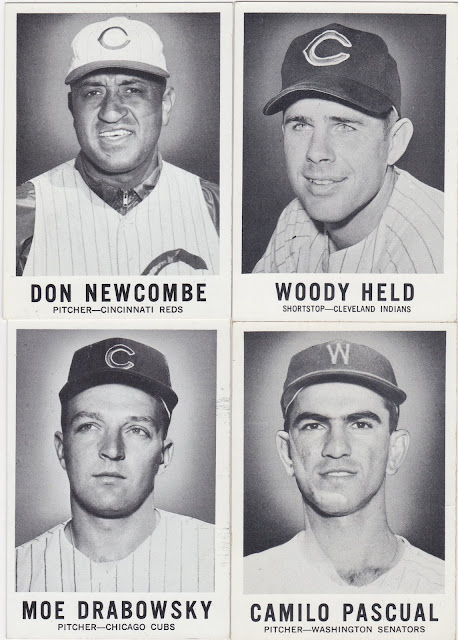 When you entered the show everyone was given a stack of oversized Upper Deck hockey cards. I didn't get a Rangers card but this Joe Thornton is kind of fun. I've been watching a lot of the Stanley Cup playoffs. To say it's the craziest playoff season may be an understatement.

Thornton has played over 1800 NHL games without winning the Cup. That's the most of any player still working this year. I'm hoping he gets his shot. 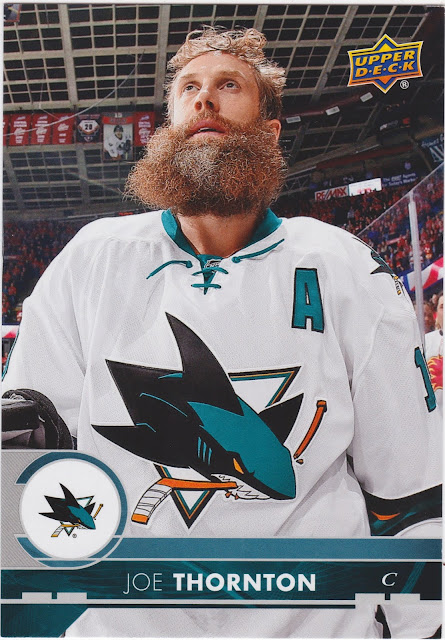 And as I was sitting at a dealer's table I heard my number called for the hourly door prize. I was awarded a Panini Instant basketball card of this guy: 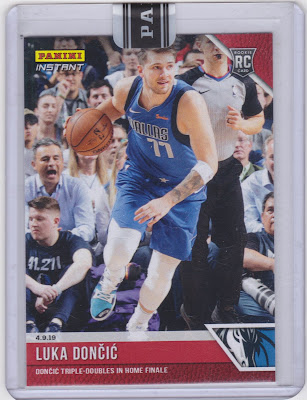 I enjoy the Rockets but my knowledge of the NBA is pretty limited. When the guy handed me the card he pointed out that it is numbered as #1 and advised me to keep the seal on the holder. Not sure what to say about it other than it's better to win than not win. 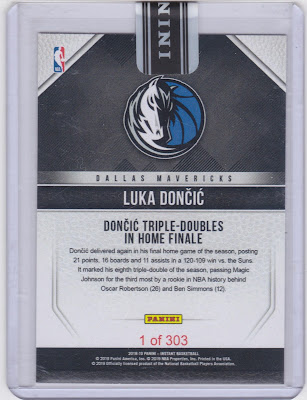 By about 4:30 I'd put about 9000 steps on my Fitbit and my back was telling me that it was time to go. Another long drive home has convinced me that I'm no longer built for 8-hour road trips. Next time I'll stay over a day. But it was fun. It's nice to see different dealers is a different venue.
Posted by Commishbob at 11:33 PM