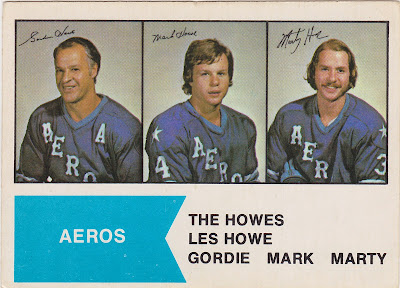 Tonight is Game Six of the Western Semifinals with the Blues leading the Sharks 3-2. As is usually the case the semis produce some of the most outstanding games of the playoff season (Boston-Carolina this year being the exception).

I'll likely head to Houston's Midtown and watch at the hockey bar there. I have a friend from St. Louis who will be there and it's fun to watch with a crowd.

Meanwhile, here are some hockey cards. Up top is the Howe 'family' card from the 1974-75 OPC set. It's one of my favorites. I posted it when I picked it up back in 2015. Lot's of great memories wrapped up in that one.

these next are new to me. They are part of an oddball set called the Superstar Heroes Inc set from 1992. I've seen these on a blog I think but I can't find them now. I picked this 12 card set up from a dealer's table at the last TriStar show for a few dollars. 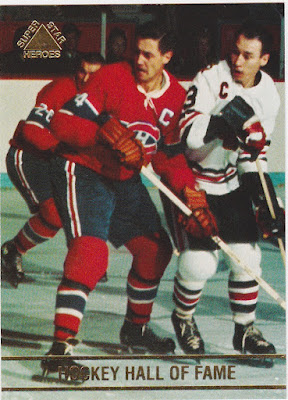 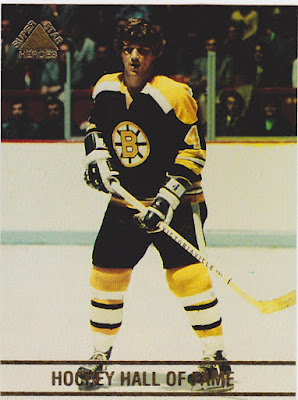 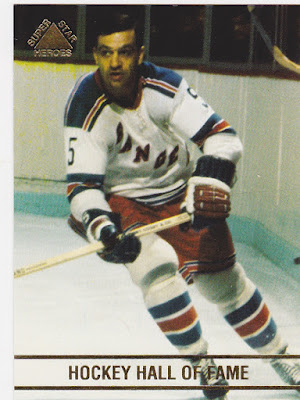 These are so Broder-ish! And the backs are better produced than the fronts. 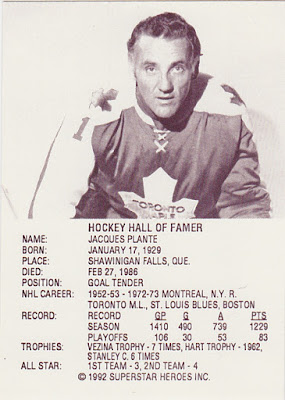 And Go Blues!! I guess. I am a Joe Thornton fan so I could get into him playing for the Cup in the Finals.
Posted by Commishbob at 1:21 PM