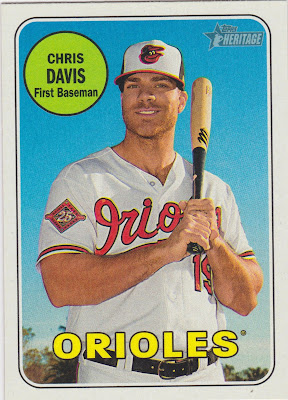 I'm a bit 😎 ok..really far behind in posting some stuff I've received over the past month or so from other bloggers, both in the mail and in person. Time to fix that.

I can always count on Joe Shlabotnik to remind me that, for better or for worse, I'm an Orioles fan. And these days it's for worse but that's OK. I'm far enough along in life to realize that the outcome of games isn't all that important. The sun still rises every day. But enough schmaltz, let's look at cards.

I was happy for Chris Davis when he finally got the huge monkey off his back last month. He handled the whole hitless streak about as well as any player could. He seems like a very good guy and it's nice to see that he's even begun to swing the bat better and have some luck as well. He deserves it.

Nothing says 90s baseball card like gold foil. That's actually the front of the Norm Charlton card.  The 'Online' bit reminds me of my mother-in-law who uses that term for everything internet-related. As in "Can you come over and see why my online isn't working?" and "Can I see the online on my phone?" Hmmmm. 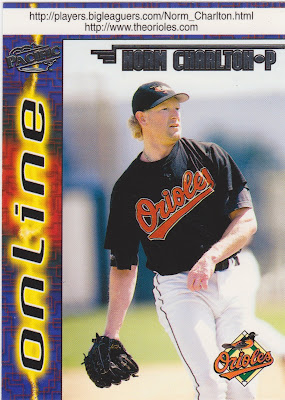 I had no idea who Bryan Bass was but his card has some nice bronze foil. It's from 2001 but UD was still in 90s mode.  BTW...Bass was a prospect out of Florida who banged around the Orioles chain for about seven years. His career, which began in 2001, came entirely during my time away from paying attention to baseball. 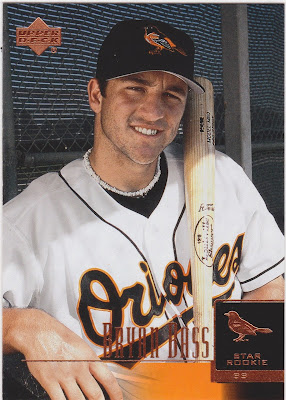 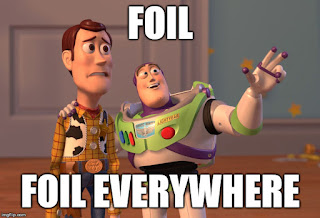 Speaking of my time away from baseball... 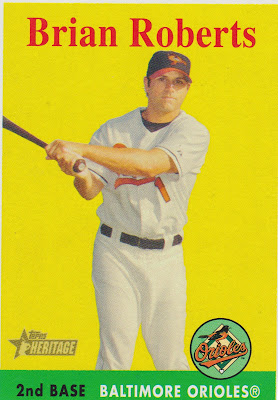 I came in at the end of Brian Roberts' career.  I had seen him play in Baltimore in 2005 in my first trip to Camden Yards and it was a 'who are these guys?' night. 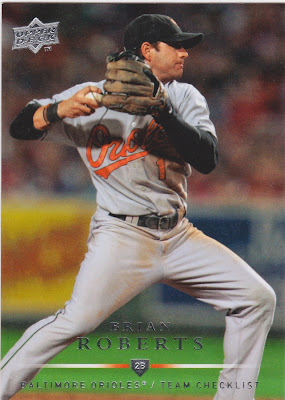 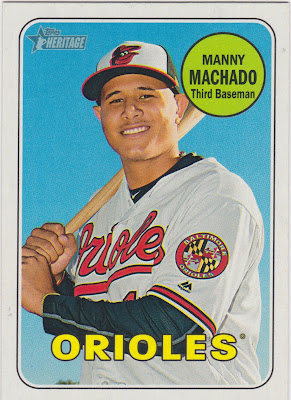 Has anyone gone from good guy to dispised as quickly as Manny Machado?  That's OK, I'm still a Machado guy. 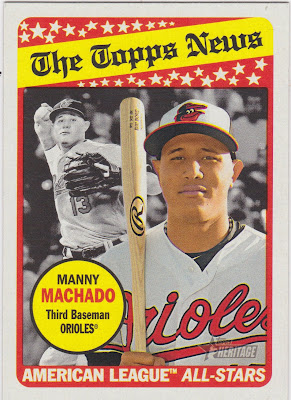 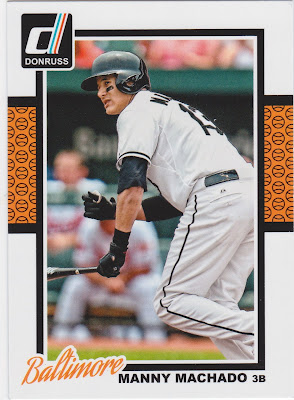 I watched a bit of an Arizona game the other day. Looked odd with Adam Jones in that terrible dark gray uniform. 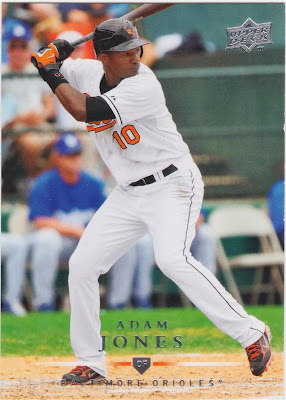 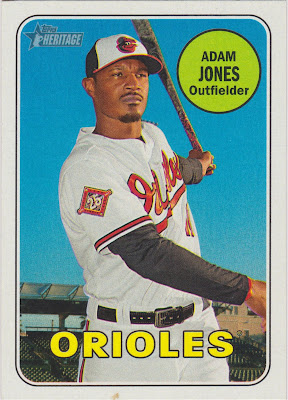 With modern card designs that mimic old designs nowadays, I frequently have to turn them over to see if they are actually older cards. This Leaf Eddie Murray is original. 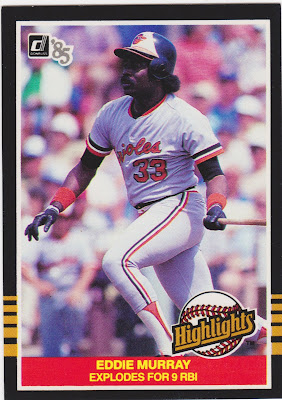 Well, obviously this Heritage one is modern. 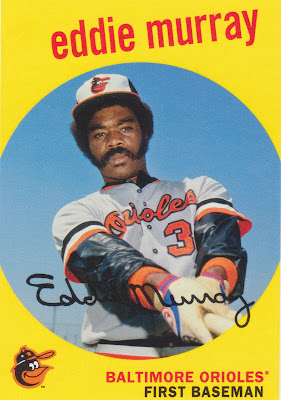 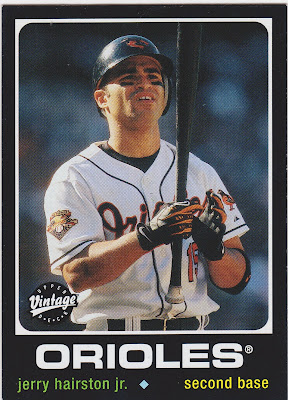 Either way, UD did a nice job of mimicking the '71 design.


There were plenty more baseball cards in Joe's envelope but let's skip to hockey and another of my teams that is in a rough patch, the New York Rangers. 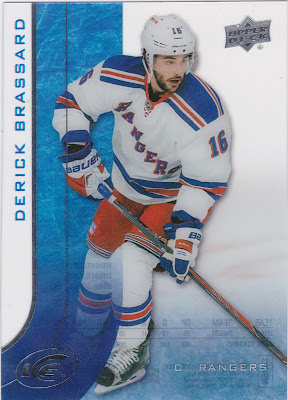 I don't think I've scanned cards that were partially clear plastic before. These two Upper Deck cards didn't scan half bad but they are much nicer in hand. 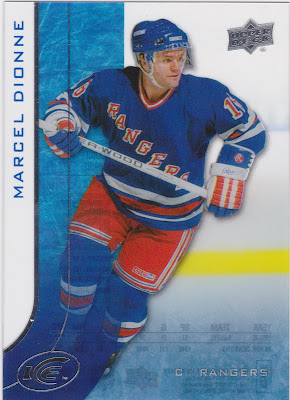 And let's wrap it up with the most fun card in the bunch...it's my favorite mascot, Orbit! 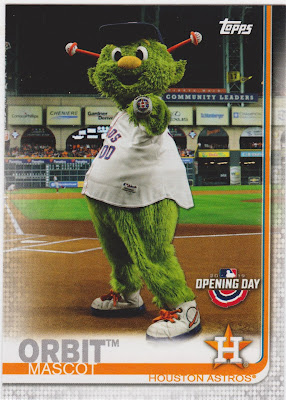 All that adds up to about a third of what Joe sent. I'm getting some stuff together for a return and I'll try not to procrastinate much longer.
Posted by Commishbob at 3:31 PM