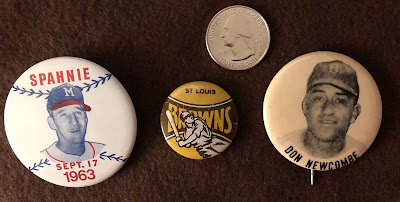 Every once in a while I pull my riker mount cases off the wall and change out some pins. These three are new and are gonna go in my vintage pin display.

I like all things Spahn as I've noted several times. This pin was given to fans on a night honoring the great lefty. It came just two months after he took part in one of the great pitching duels in modern baseball. 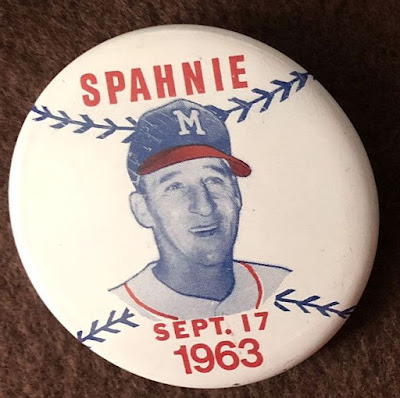 I was also happy to add this small PM10 of Don Newcombe.


This Browns pin is not destined for the display, at least not yet. It'll have a spot on my St; Louis Browns cap for a while. I wore that cap to The Maple Leaf, Houston's best (only?) hockey bar last night to catch Game One of the Stanley Cup finals. I wore it to rep my best friend who is a Blues fan even though I'm not really rooting for either team. As expected it was packed and rowdy (in a fun way) last night. My boys and I enjoyed it as always. 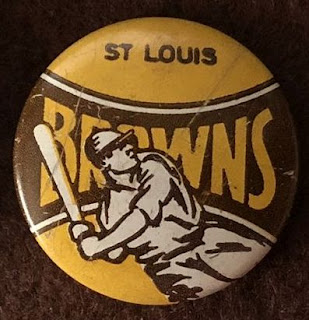 
Three cheap additions to my pin collection. Now all I need is the ambition to pull down those displays.
Posted by Commishbob at 4:15 PM