T'was a Nice Night for Baseball 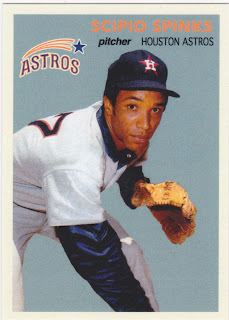 Time do some more catching up with long overdue 'thank you' posts for cards I've received over the past month.

Back in April, I met up with Bru, author of the Remember the Astrodome blog (and Twitter mainstay) at a college game on the campus of the University of Houston. Bru's Texas Aggies took on my Cougars under a beautiful sky and the game itself was close and well played. The Coogs won but I would have enjoyed myself just as much had the score been reversed because, well, good baseball, good weather, and the even better company makes things just about perfect.

We talked baseball in general and the hobby in particular. The icing on the cake was Bru handing me a nice surprise package of cards. The card stack featured some of his 'homeBru' customs. Now I make cards but they are just printed out on photo paper and stuck in my fantasy player binder. They are not presentable by any stretch of the imagination. OTOH Bru's cards are real cards... cardboard stock, two-sided printing, the whole nine yards. 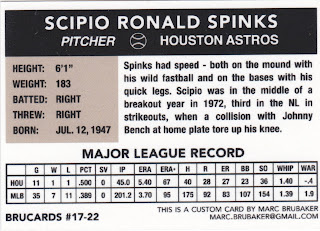 The Scipio Spinks card was my favorite (maybe) but it was was just one of several fun ones. BTW, these are from his 'Accidental Mini' collection. Somehow the printer made these smaller than standard but that just adds to them I think. Spinks had one of the best names ever. And apparently, he is the Houston-area scout for the Diamondbacks. I bet I've seen him at UH games and never realized it. There are usually scouts with radar guns in the seats behind home plate.

A quick look at some of the others including the now DL'd Jose Altuve, fan fave, George Springer and Alex Bregman and my favorite Astro, Orbit. 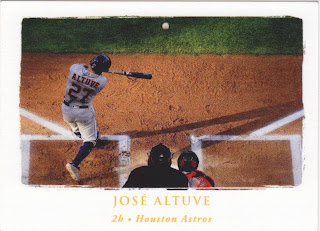 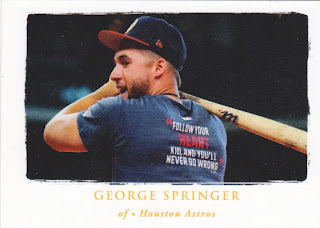 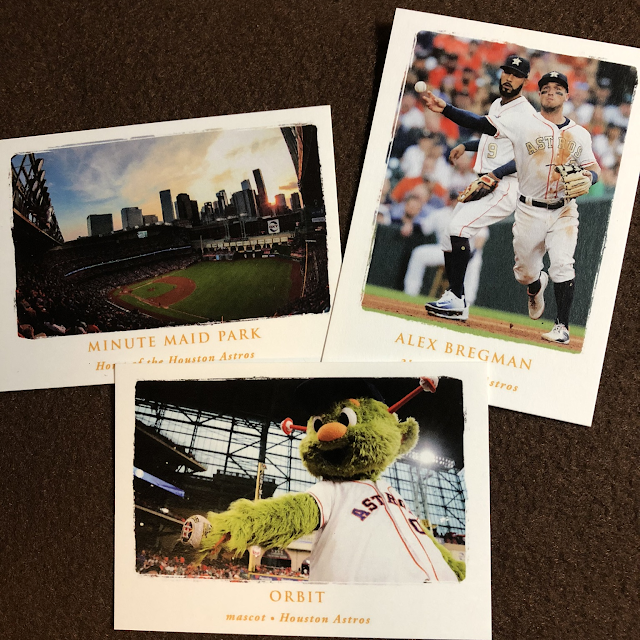 I had to use a photo of those rather than a scan because the bright white borders sent my scanner into a meltdown of epic proportions! 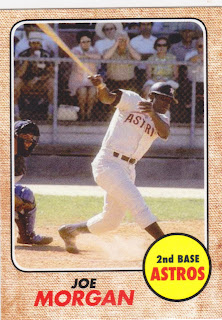 This next one was a real doozy. The Astros put this set out under unknown (to me) circumstances in 1967. I recently found an uncut sheet of the set at a card show but this single Cuellar is a perfect fit in my Cuellar PC. 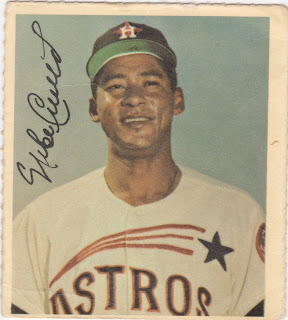 Exhibit #1 in the case for full bios/stats on the backs of cards: 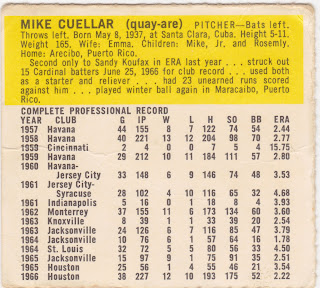 In 1960 Cuellar split his season between Havana, Cuba and Jersey City, New Jersey. Think about that for a bit. 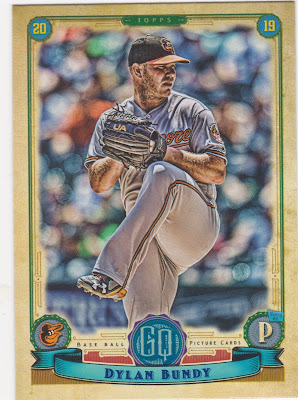 And next, we have a couple of shiny Adam Jones cards. I've said all I'm gonna say about AJ. 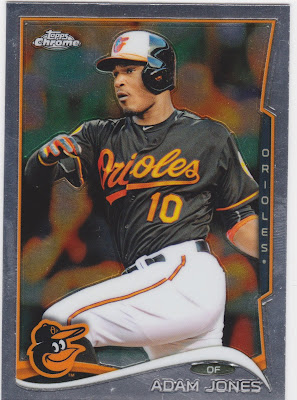 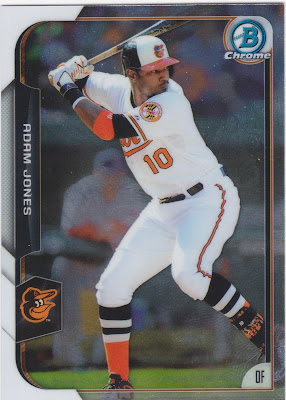 These next two cards are fun. Nice to see Topps show some old school guys, not in the usual photos. 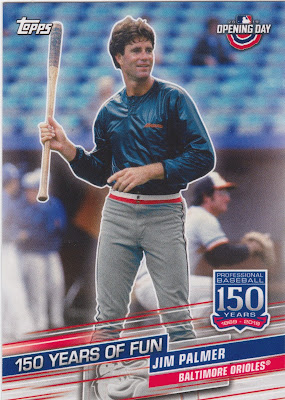 That's Joe Nolan warming up a pitcher in the background of Jim Palmer's card. 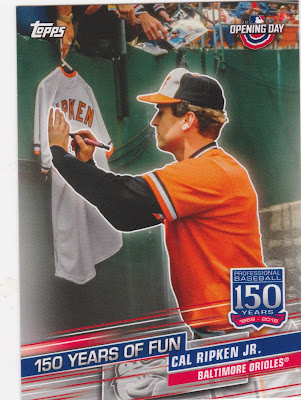 The final piece of Bru's gift package was this ticket from Game 2 of 1983 AL League Championship game. The Orioles won that one 4-0 behind Mike Boddicker's nifty five-hitter. Looking at the play-by-play of that one gives you some idea of how baseball has changed. Boddicker hit Greg Luzinski to lead off the top of the ninth leading by those four runs. Tom Paciorek (of the University of Houston!) followed with a single and then those two guys moved up on a ground out. After getting Mike Squires to bounce one back to him for the second out, Boddicker walked Jerry Hairston to load the bases. Just how many pitching changes would we have seen in  2018 playoff game under those same circumstances? Make it a 2017 Astros game and you'd be watching at least 20 trips to the mound by Brian McCann.  Anyway, in 1983, Joe Altobelli let Boddicker figure it out on his own and he whiffed Julio Cruz and the Orioles evened up the best-of-five at a game each.

At that point I began making tentative plans to head to Baltimore from here in Houston for the World Series. This ticket makes a great companion for my '83 World Series tickets.

So, as noted, it was a fun night all around. Thanks again, Marc. Let's do it again!
Posted by Commishbob at 5:28 PM