Birds In My Mailbox

Over the past month I've received a pair of Orioles-laden PWEs (or maybe they were manila, I forget). The cards got buried during my office makeover but they emerged over the weekend. I warmed up my scanner today after a rather long break so let's take a look.....

Oh, before I show the cards I have to say that yes, I know the O's are awful. And that takes a shine off the season but I've been through a lot of ups and downs as a sports fan for lo these many decades. I'm used to it.

The first group of cards came from Tom of The Angels, In Order blog. Of these four the highlight is the Zack Britton card from last years Topps All Star run. Poor Zack is gonna return as the O's closer and rarely have a game to close.  The Chris Davis-Jim Palmer spat was embarrassing but JP fired from the hip. I can't fault him for telling the truth. And I don't think Crush is gonna make it to 500 homers. But I do like that card. 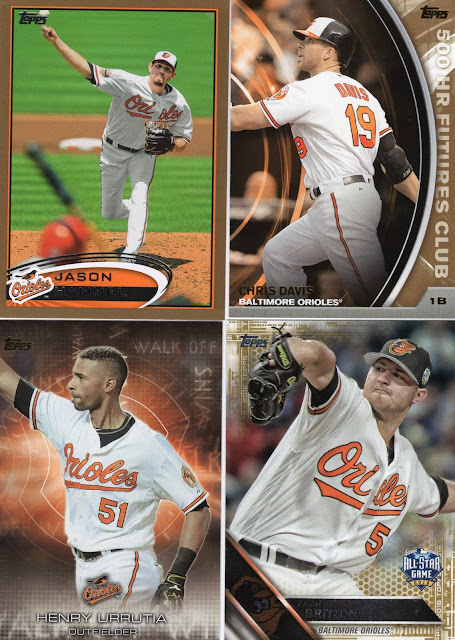 I need to tweak my scanner to show the chrome/foil elements on my cards better. This Chris Hoiles card is a Topps Gold from 1994. I'm not sure what that means but it sure is glittery! I don't buy Bowman so I seeing current stars like Manny Machado on Bowmans makes me stop for a second. I always associate the brand with kids I've never heard of. This Machado is pretty nice. I stuck it into my fantasy baseball binder tonight. It bumped a Heritage. Variety counts in that binder don't ya know. 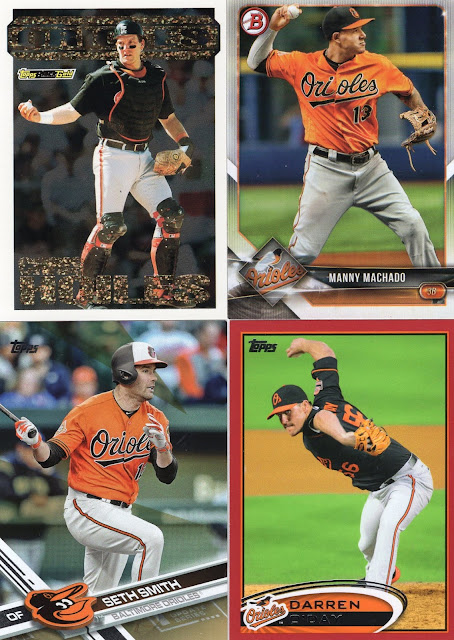 The binder had no Gypsy Queens of this style either so Trey Mancini makes it. I've had (and cut and re-claimed) Mancini on both my teams this year. 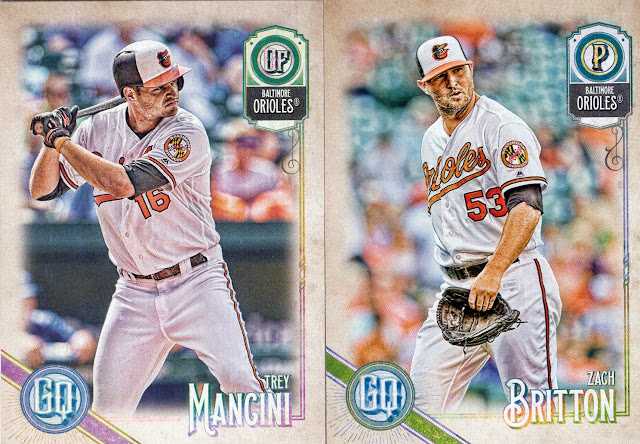 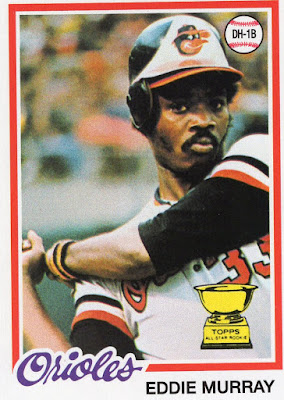 That looks like a '78 Murray but it actually comes from a Topps reprise Rookie Cup in 2017. Again, I'm lost when it comes to keeping up with the comings and goings at Topps but this card is currently propped up against the base of my new lamp here on my desk because it's a way I can look at my favorite card regularly without risking ruining a real one with a coffee spill. This one has that shiny coating that's probably impervious to coffee.

Thanks, Tom. I know I have some Angels around here someplace for ya.

The next envelope came from Joe Shlabotnik. Joe is an Orioles guy (well, he's a Mets guy but the O's are his second team). He was probably happy to get these out of his house. Me, I'm just enough of a masochist that I enjoy Orioles cards even though they serve as a reminder of how lousy my team is.

The O's won on Opening Day this year but it all went south from there. The first card from Joe's pile is a '17 OD card featuring The Bird. He also sent a card of the nat's Racing Presidents which will land in my Presidential cards binder once I firgureout where I put it. 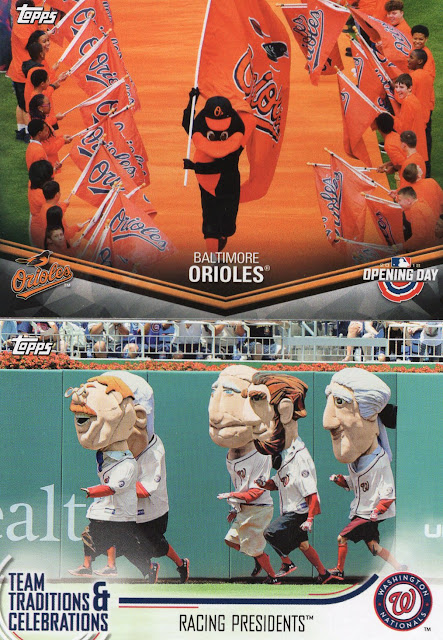 There are five Presidents on that card. Must be a reunion of all the ones they've used.

Joe sent a group of Orioles from the current year and the past two. All but one is new-to-me. My favorite of this first group is Chance Sisco. He's not hitting much but I like his grit. Next to him is Kevin Gausman winding up to serve a hanging slider that will be launched 495 feet towards the Warehouse. 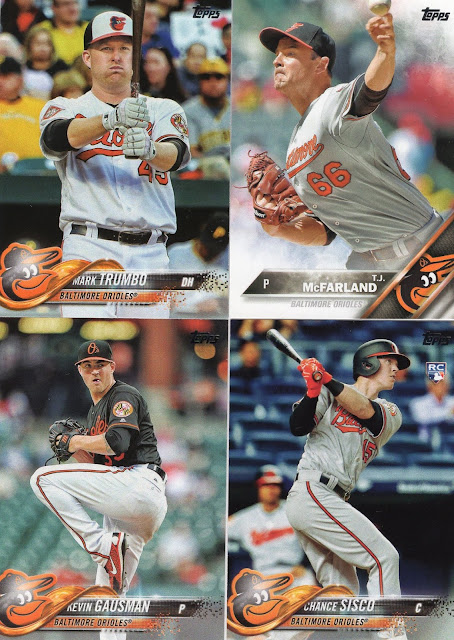 In this next bunch we have Manny, Schoop and AJ10. My three favorite current Orioles. Plus Ryan Flaherty who I miss. As of tonite he's hitting .270 for the 1st place Braves. I'm happy for him. 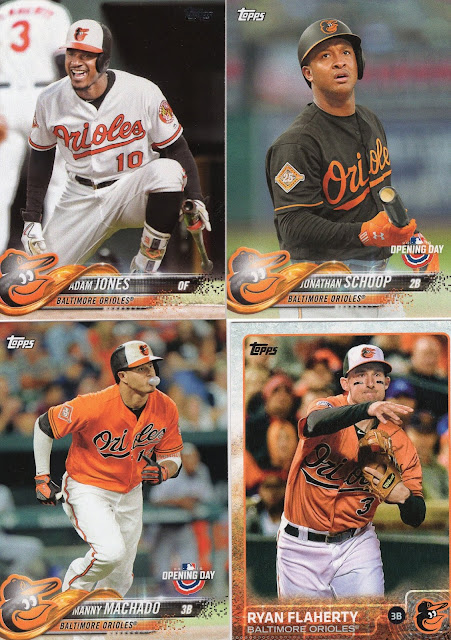 Nice cards, one and all. Thanks, Joe! Here's something for you.