I used to be a boxing fan. Probably stemming from my days as a kid when we lived with my grandparents in Brooklyn. My grandfather watched lots of boxing and wrestling. Nowadays other than viewing some Showtime fights (usually repeats) I haven't a clue about the current state of the sport or many of the fighters.

But that doesn't keep me from nabbing a few cards from the 1951Topps Ringside set when I come across them at a good price.  These two Sugar Ray Robinson cards were offered by a guy on Net54 and I bought them. I usually wouldn't bother with graded versions but these were a bargain. 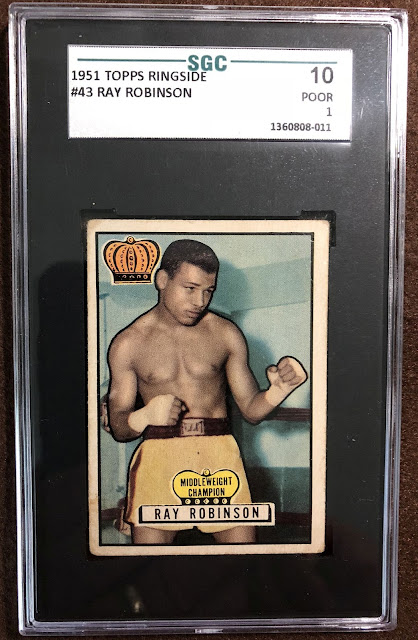 Ray Robinson, who died in 1989 and won the middleweight crown five separate times, was considered by many to be the best boxer in history. I remember him only as a former champ who fought in the early '60s while well past his prime.

The top card is a beauty on the front. Probably my favorite in the set. The poor grade comes from issues on the back. 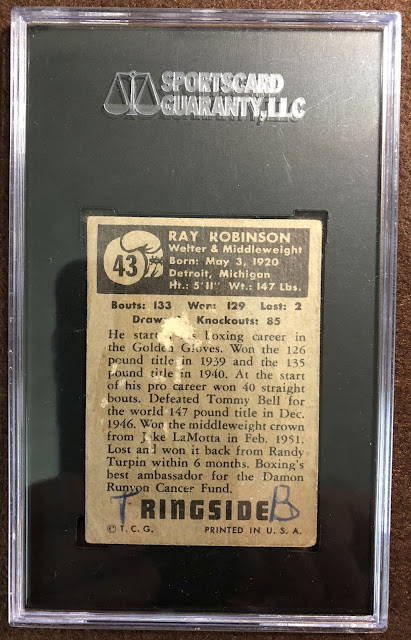 The action card is one of a handful in the set that features a specific fight. 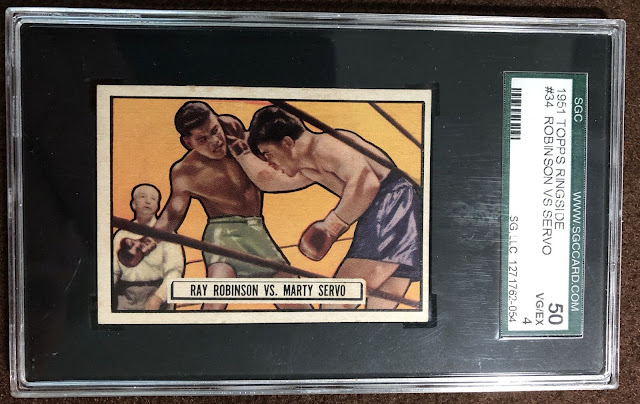 Pretty sweet both front and back. 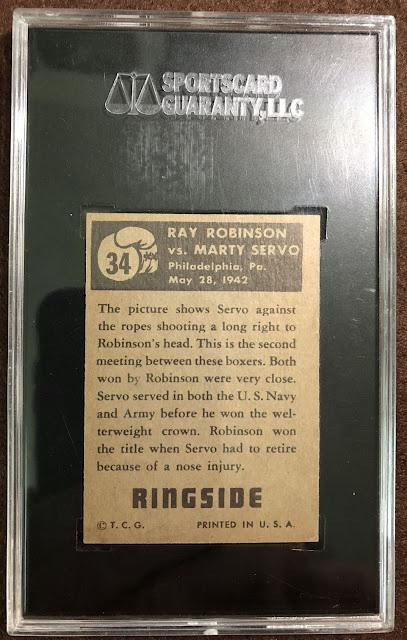 I'll let these two sit in the graded cases until I get more of the set (I have about a dozen of the 96 in the set) and into a binder they'll go.