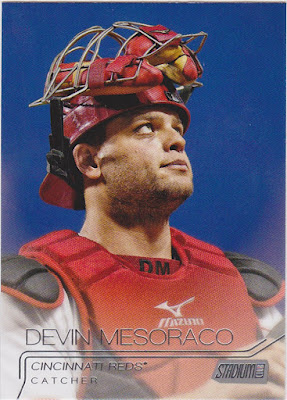 I'm a bit late posting some 2015 Stadium Club cards. But since I think this is the best set Topps has put out in quite awhile I'd give them their due. I'm going to post some of the cards I like from the small box I bought at Target. I'll skip the ones I've seen posted in many other places.

The card of Devin Mesoraco up top is a nice blend of colors against the dark sky. I didn't know that he was an All Star last season and he's had a season ending injury this year. That ignorance is likely why I've had fantasy baseball issues.

Victor Martinez listens to the National Anthem. I'm sure there are many other cards showing players during the anthem but I can't think of any at the moment. The Anthem is woven into the game. Nice card  that would be cool to have signed. 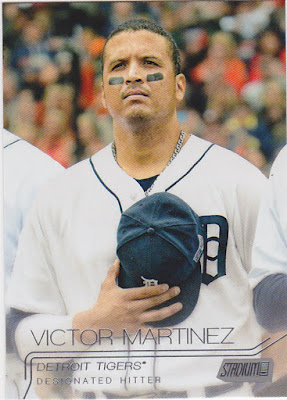 Wil Myers in one of the better posed shots that came in my box. He looks like he enjoys playing baseball, yes? 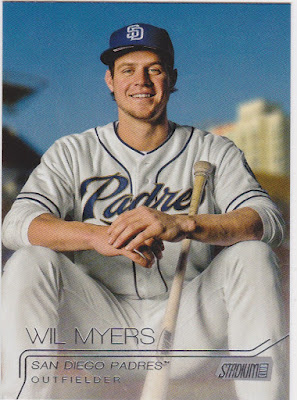 Nothing special about these two pitchers' cards other than the fact that they are so similar and came back-to-back in one of the packs. I'm no fan of color baseball tops but the Mets' orange and blue isn't bad. 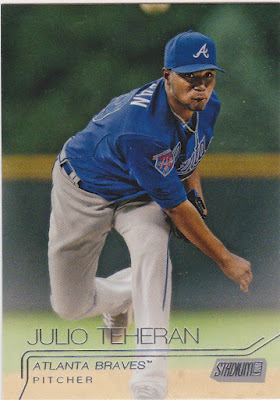 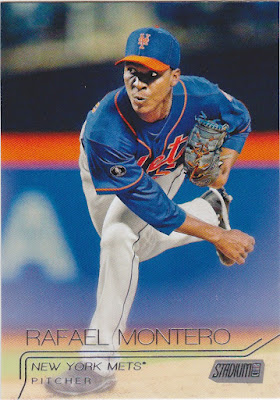 The look I get when someone asks me about Albert Belle's time in Baltimore*: 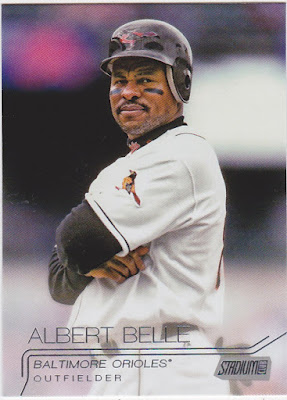 (*=Belle had some pretty good numbers in his two years with the O's. It was the team that sucked). 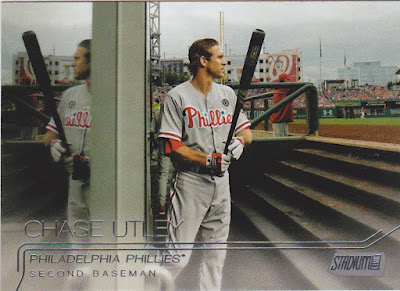 The final two cards are of Yankees (Don't judge, thanks) because they are two of the best that I got in the box. 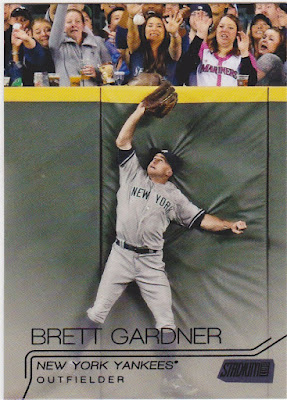 The Brett Gardner card immediately made me think of this: 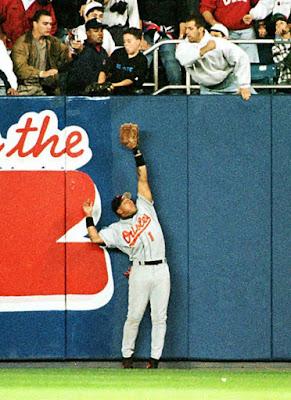 Too bad an O's fan isn't reaching over the wall to snare that one away from Gardner.

On this next card, Yankee (and former Red Sox..the double whammy!!) Jacoby Ellsbury reaches out for, what... a high five? fan auto request? in Yankee Stadium. It's a wonderful shot. One worthy of Night Owl's Awesome Night Card binder I believe. 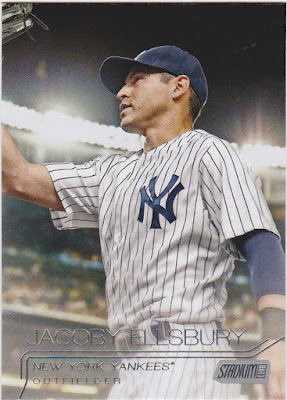 I really like the Fernando Valenzuela card, the Frank Robinson and Bo Jackson cards, too. But this may be (godhelpme) my favorite of the bunch.
Posted by Commishbob at 1:34 PM