Some things just hide in plain sight. I've been looking for this little item in my boxes for a week. Found it on my bobble head shelf over my desk. 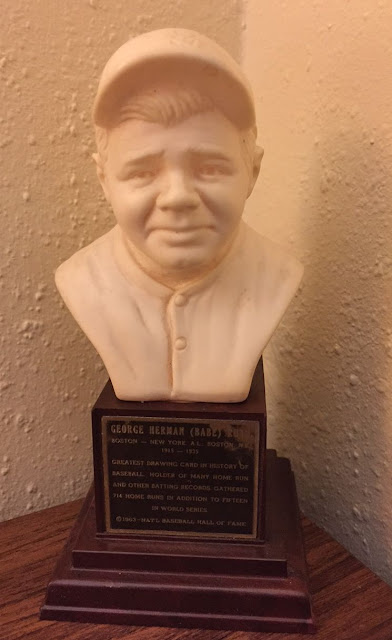 It's part of a 20 piece series of Hall of Fame busts that were produced around 1963. This is the only one I have and when I picked it up it was the cheapest example around. Probably because the box was pretty beat up and the 'plaque' on the front is scarred. 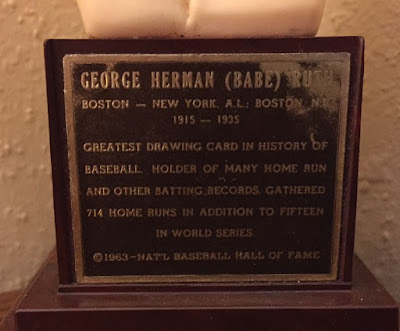 These were put out by a New York company for the Hall of Fame to be sold in their shop and at big league ballparks. They did these in two series and the second series is scarcer, at least according to what I've read. The Babe is among the cheaper ones.

It's kind of a neat oddball item. And oddball items fit right in to my collection. I took a picture of it with a regular card to give you a perspective on the size in case you've never seen one. 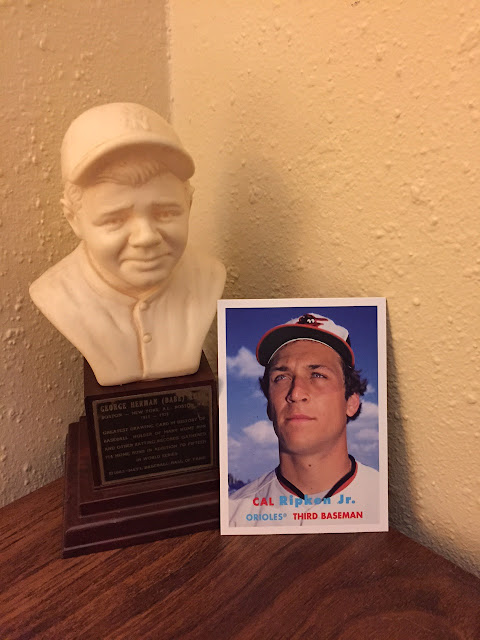 I doubt I'll try to find any more of these as my display space is pretty crowded already. So much so that I've taken to rotating bobble heads was the sports seasons change.

Here's the checklist. Its comprised of twenty early Hall inductees. If I do go after another one it would probably be the Joe D. (my dad's favorite player) or the Christy Mathewson.

Here is the checklists:

Posted by Commishbob at 4:39 PM