Collecting Presidential memorabilia is an expensive hobby for the most part. That's why I confine myself to inexpensive campaign pins, Presidential cards from Topps and other companies and assorted trinkets.

When I saw that Archives had a Presidential Chronicles subset I figured I could find it cheap and I did. It's only 10 cards total but several of those ten are targets in my collection, such as it is.

The JFK and Nixon cards are my favorites of the set. I really feel the pictures Topps chose for these two cards capture the essence of each of them. Kennedy, the charismatic orator, Nixon the thoughtful brooder. 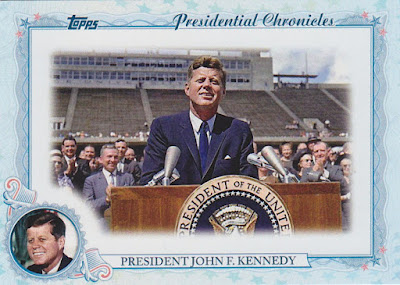 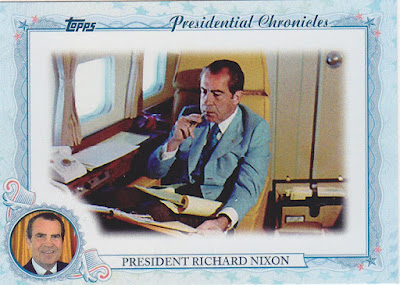 The other cards in the set are Truman, the two Bushes, Jimmy Carter..... 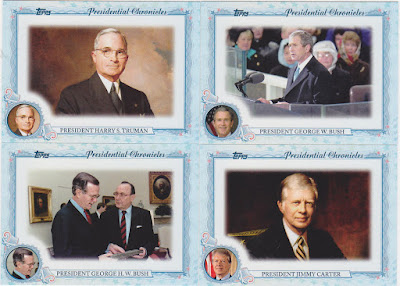 ...Hoover, Lincoln (how I wish I could afford some actual Lincoln memorabilia!), Ford and President Obama. The last two are very well represented in my collection. 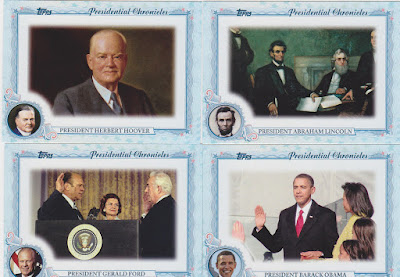 The back of each card has a one paragraph blurb. You can't call it a 'bio'. 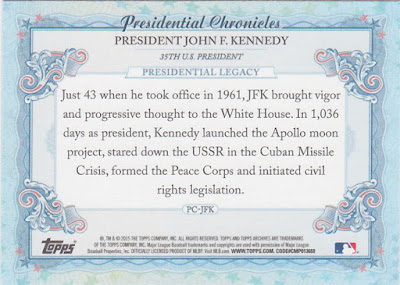 The Kennedy card uses a picture from his speech at Rice University in September of 1962. That day he proposed a large budget for NASA in hopes of having them put a man on the moon. Here's the original photo from Google Images. Looks like it was a beautiful day at Rice Stadium. I've seen many games there and that place hasn't changed a bit in 50 years. 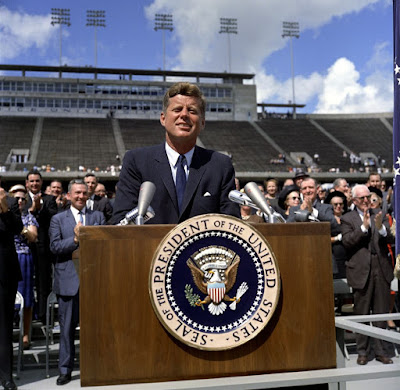 And the Junk Wax I mentioned in the title? The seller used eight 90's era baseball and hoops cards to fill out the thick toploader. I'm sure every one of us has gotten cards orders thru the mail that included extras that the seller used to protect the 'goods'. I've never had this many cards as a 'bonus'. These are the six 'best' cards of the bunch. The Frank Thomas and Karl Malone cards are probably worth a nickel apiece but hey, a Hall of Famer's card is a Hall of Famer's card!