I'm slowly picking up some regional issues of guys in my PCs. Here's one: 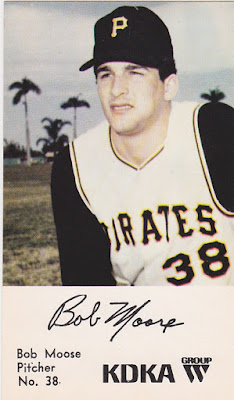 This regional card was issued as part of a promo set of Pirates cards by broadcast affiliate KDKA-AM and it's TV partner KDKA-TV in 1968, Bob Moose's rookie year (he pitched in two games in '67). KDKA became the Pirates radio anchor in 1955 and the relationship lasted 51 years. The Pirates returned to KDKA's FM side in 2012. 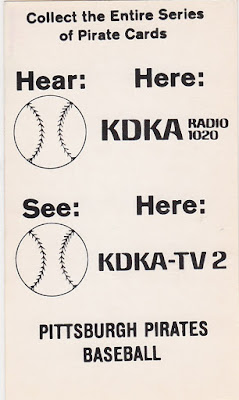 The checklist for the set is numbered by player's uniform number:

Posted by Commishbob at 7:15 PM