Hello again. I'm back after taking a mini break from the hobby.

I need to catch up and post about one of the best mailers I've ever received. It came from Ryan aka SumoMenkoMan who authors the very interesting blog of (nearly) the same name. The envelope was totally unexpected and quite welcome. As you'd expect it contained Japanese menko cards, lots of 'em. So many that I thought it best to make two posts about them.

In this post I'll showcase the round ones. Identifying baseball menko sets isn't hard if you have the right tools, Gary Engel's guide for example. Ryan himself has info on his blog mostly geared towards sumo rather than baseball menko. He's written a guide to those btw.

ID-ing players on these cards is more problematical, at least for me. But that hasn't stopped me from enjoying them. I'm posting these from smallest to largest grouped (I think) by set. Scanning limits your ability to show the precise sizes and tends to cut off the edges of these but no matter, I'll plow ahead.

Of course the first one I stick up here I can't identify as to the exact set. That figures. The various elements match several different cataloged sets but none precisely. But it looks to be from the late 40s. I'm sure Ryan or one of the other menko experts that frequent the blogs can set me straight. 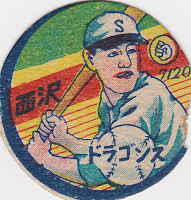 Whiffed on this one as well. Can't find a set that has a design quite like that..and no set in the guides shows a card with a number with that many digits. I feel like his face is familiar but I'm drawing a blank. 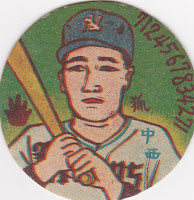 Finally, a couple that I can identify. These next two are from the 1949 ten card JRM2 Starburst set. This batter is Hiroshi Oshita. I like this one a lot. Great little details in the catcher and ump. Oshita is a Hall of Famer. 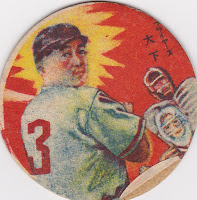 This next guy I also recognize. He is Henry "Bozo" Wakabayashi. He's a Japanese baseball Hall of Famer and has a compelling story. 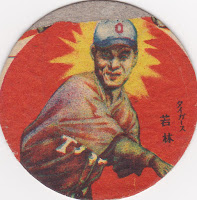 here is a JRM 14 from 1950ish. I thought I had deciphered the Kanji as Matsumoto but that doesn't appear to be the case. 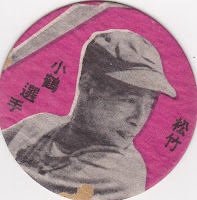 The next five as bigger (obviously) and are from sets in the circa 1948 JRM 1 family. There are differences in sizes and small details but they all have the same basic design. In some the team name is in parenthesis. 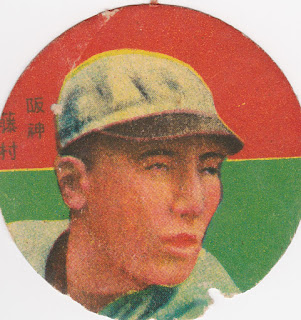 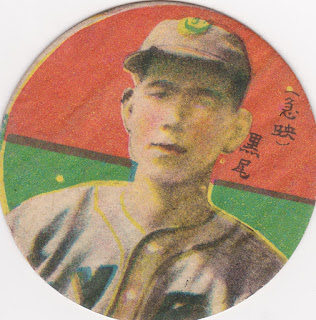 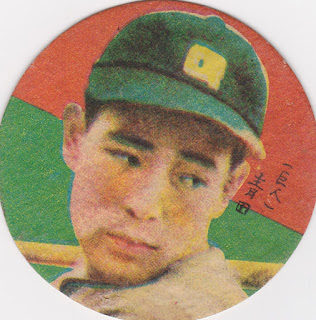 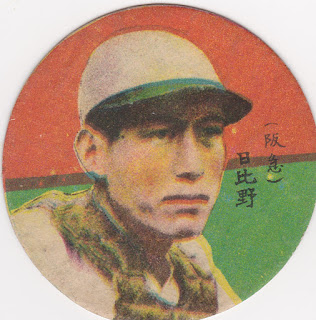 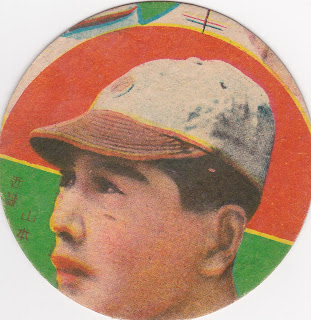 The next three are JRM 26 Pinwheel menko. First up, Masayasu Kaneda. 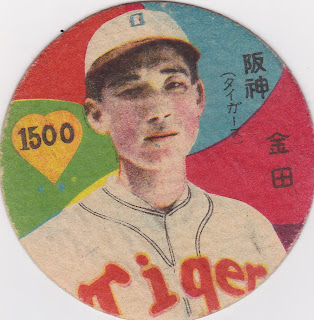 Michio Nishizawa turned pro at 15 and excelled as both a pitcher and as a first baseman/outfielder. 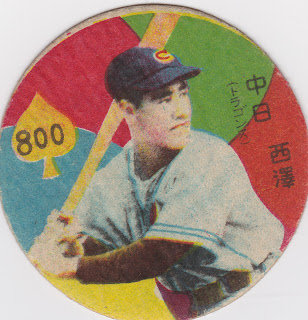 Finally here is Hideo Fujimoto. This is one of two cards I had in my collection albeit in slightly different sizes. 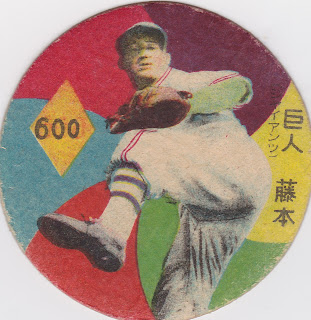 I had a version of this next card as well. This is a JRM 20 of Bozo Wakabayashi seen above in another card. He was a two time Japanese League MVP. 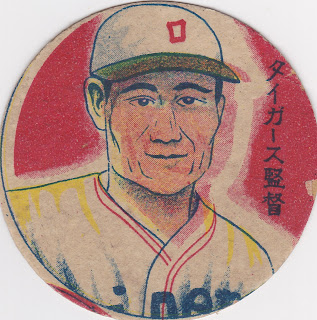 This final card in today's post was easy to identify as it is the same card Engel uses in his set description. It's a large size JRM 37 from 1958. The player on top is Michio Nishizawa but the others are listed as 'unknown' Chunichi Dragons. 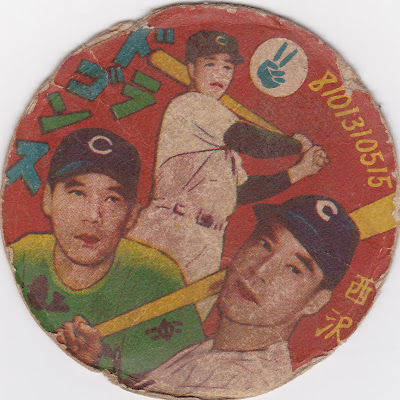 That wraps up the circular versions of the menkos I received from Ryan. Wonderful, colorful cards aren't they? I love 'em.

Next time (when I return from a short trip to San Antonio, I'll post the rectangular ones. Those may be even sweeter.