Cheap Japanese Cards (Made in America) 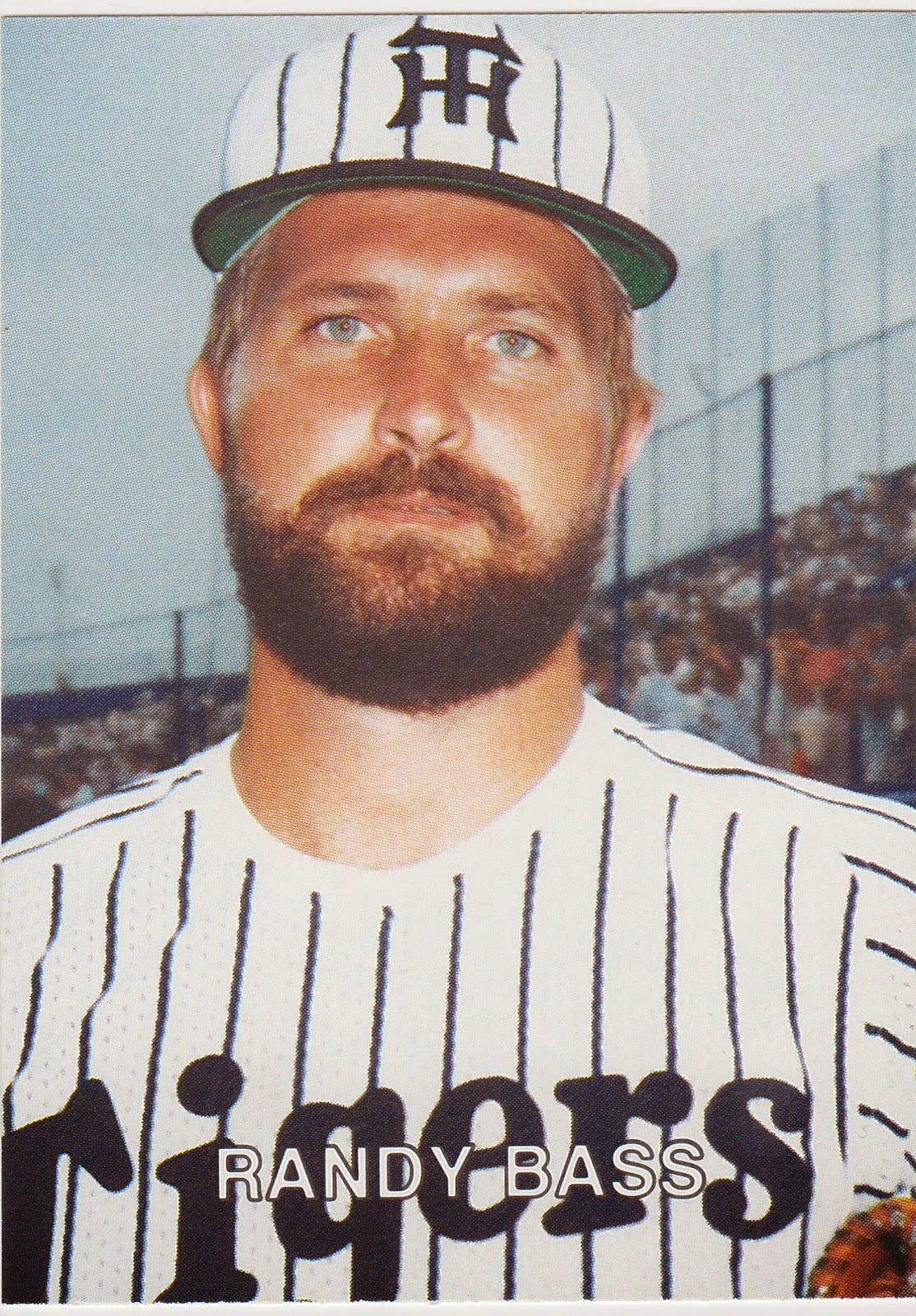 Back when card shows sprung up like mushrooms and dealers were selling anything and everything, licensed or not, I liked to browse the aisles looking for odd and off-the-wall items that caught me eye. One such item was a 40-something card set of Japanese big leaguers that contained a card of Sadaharu Oh. It's called Play Ball Japan.

I had been looking for an affordable career-contemporary card of the Japanese slugger for a long time (still am, btw) but I was settling for anything I could find. This set from 1987 filled the bill. Oh was the Yomiuri Giants manager at the time so it was about as close a card to what I wanted as I could get.

The set isn't credited to anyone but it sure looks like something put together by Ed Broder who back then was cranking out gypsy sets and singles without taking a breath. Most of the cards included were Americans playing in Japan, guys referred to as "Gaijin".

Randy Bass was a legendary slugger in Japan and his whole story is a fascinating one. Reading his Wikipedia entry will give you a taste of what he meant to the fans over there. I was surprised to find that he currently is a State Senator from Oklahoma. Has been for a decade. I'll reprint part of the Wiki page here:

Bass is also famous in Japan for the "Curse of the Colonel." Following the 1985 Series victory, revelers celebrated by calling off the names of team members one by one. At each name, a fan who looked like that player would jump into the filthy Dotonbori canal. For Bass, someone threw a life-sized model of Colonel Sanders, the mascot of Kentucky Fried Chicken and the only close-at-hand likeness of a bearded American, into the river. The statue disappeared and is said to have caused the subsequent decade-long dismal performance in the Central League.
In an attempt to remove the curse, fans made repeated attempts to find the model, making offerings to the statues of the Colonel for forgiveness. In 2003, when the Tigers returned to the Japan Series after 18 years with one of the worst records in the Central League, many KFC outlets in Kōbe and Ōsaka moved their Colonel Sanders statues inside until the series was over to protect them from rabid Tigers fans. The newly replaced Colonel Sanders statue in the Dotonbori KFC branch was bolted down to prevent a repeat of the incident.
On March 10, 2009, the top half of the statue (minus hands and legs) originally thrown into the Dotonbori River was recovered during construction of a walkway. A diver said that he had thought he had found a large barrel, but was surprised when it turned out to be the upper body of the Colonel. The statue's legs and right hand were recovered the following day. The statue is still missing its glasses and left hand. The statue of Colonel Sanders is currently in a KFC franchise across the street from Koshien Stadium.

Lots of other familiar names in the set. I wonder if Leon and Leron Lee ever got confused for one another? 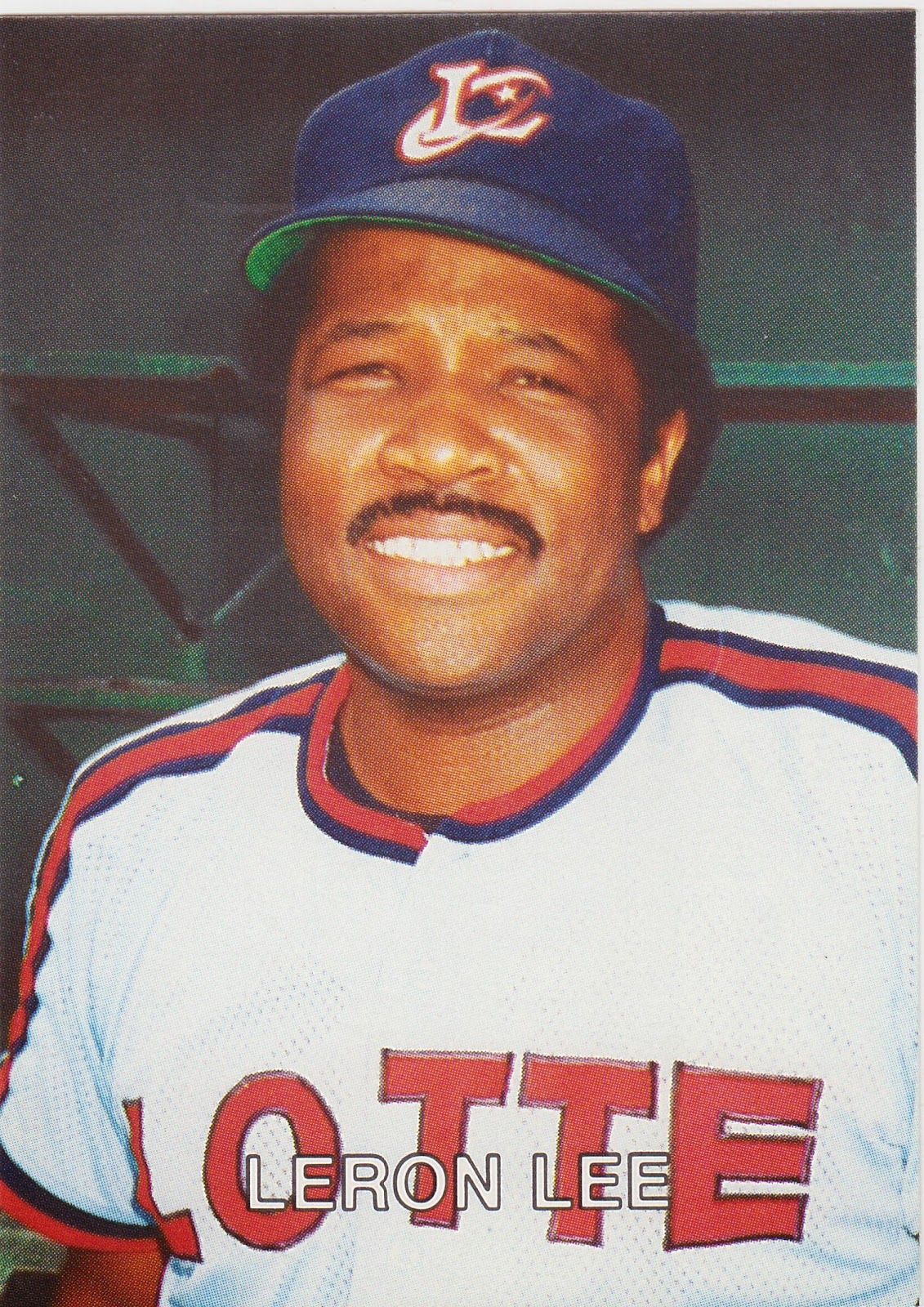 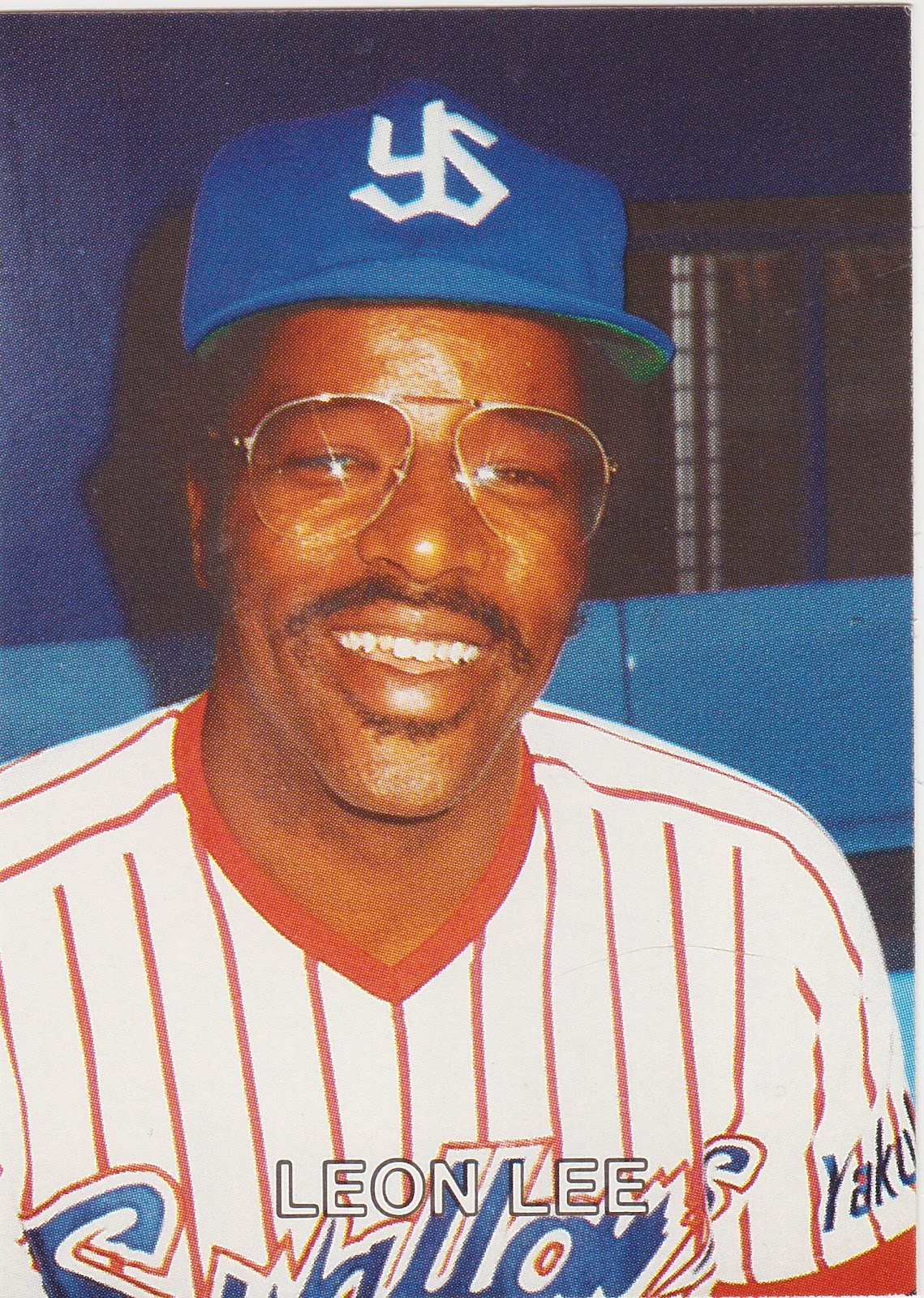 Matt Keough has also led an :::ahem::: interesting life. He was really good for a couple of years. He won 16 games in 1980 then a short time later his talent just seemed to up and leave. He hung around another five years before heading to Japan where he had some good years. 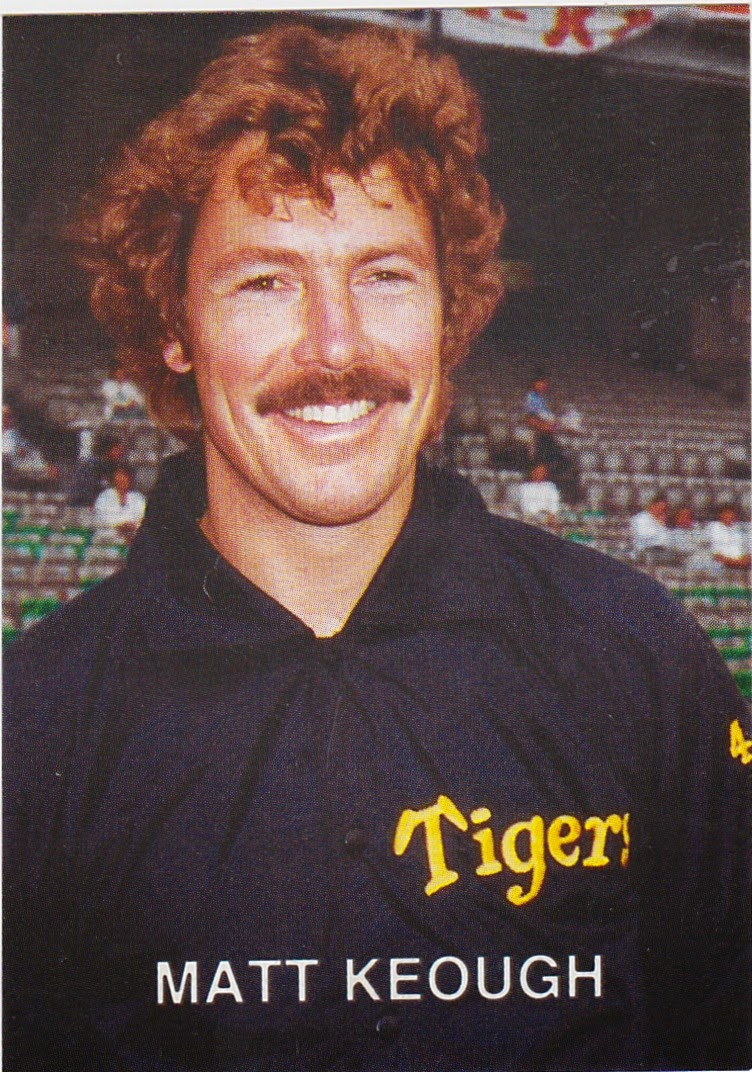 Sadaharu Oh managed the Giants for five seasons from 1984 through 1989. His team won the pennant in 1987. I believe he is currently in the Giants front office. 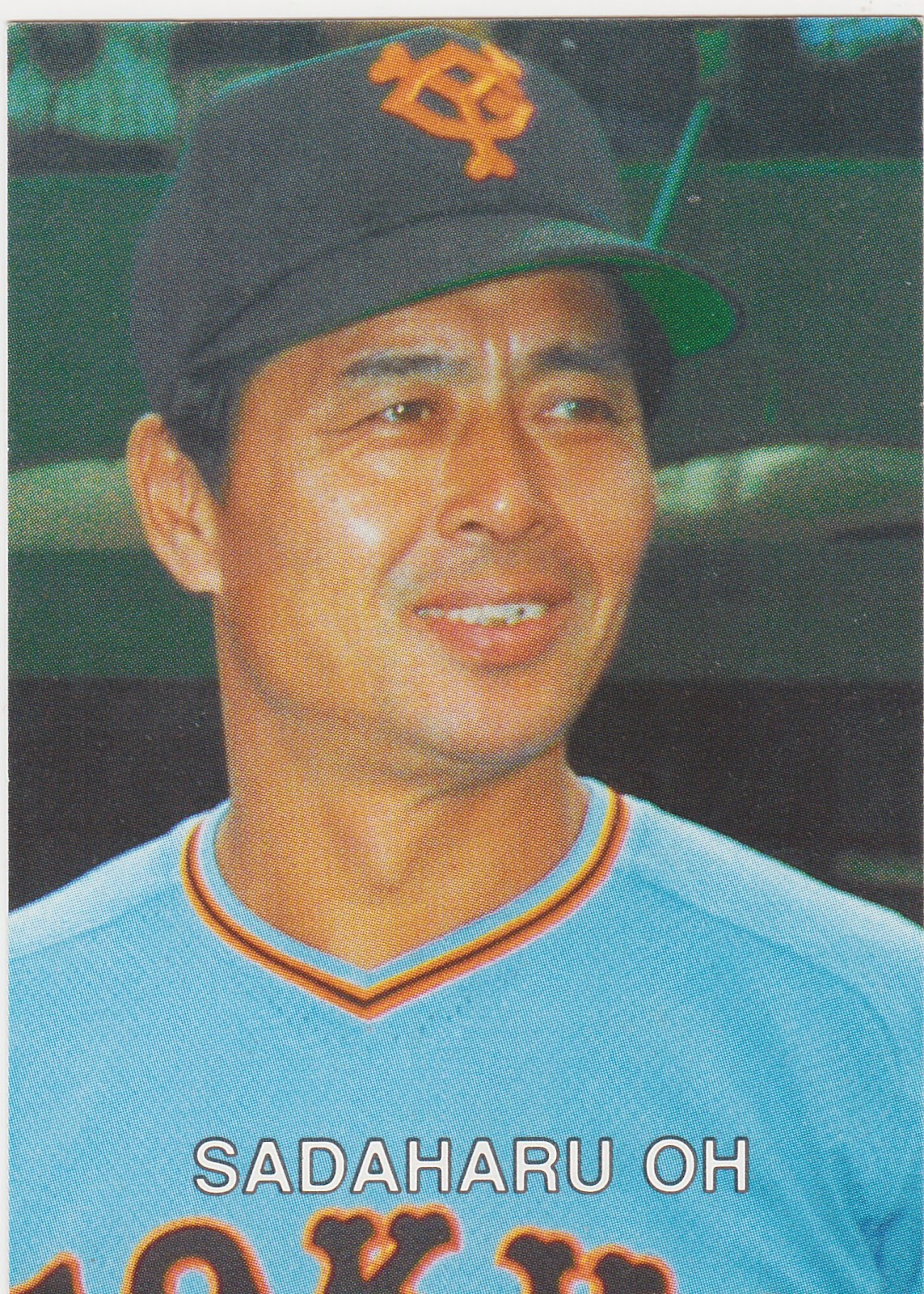 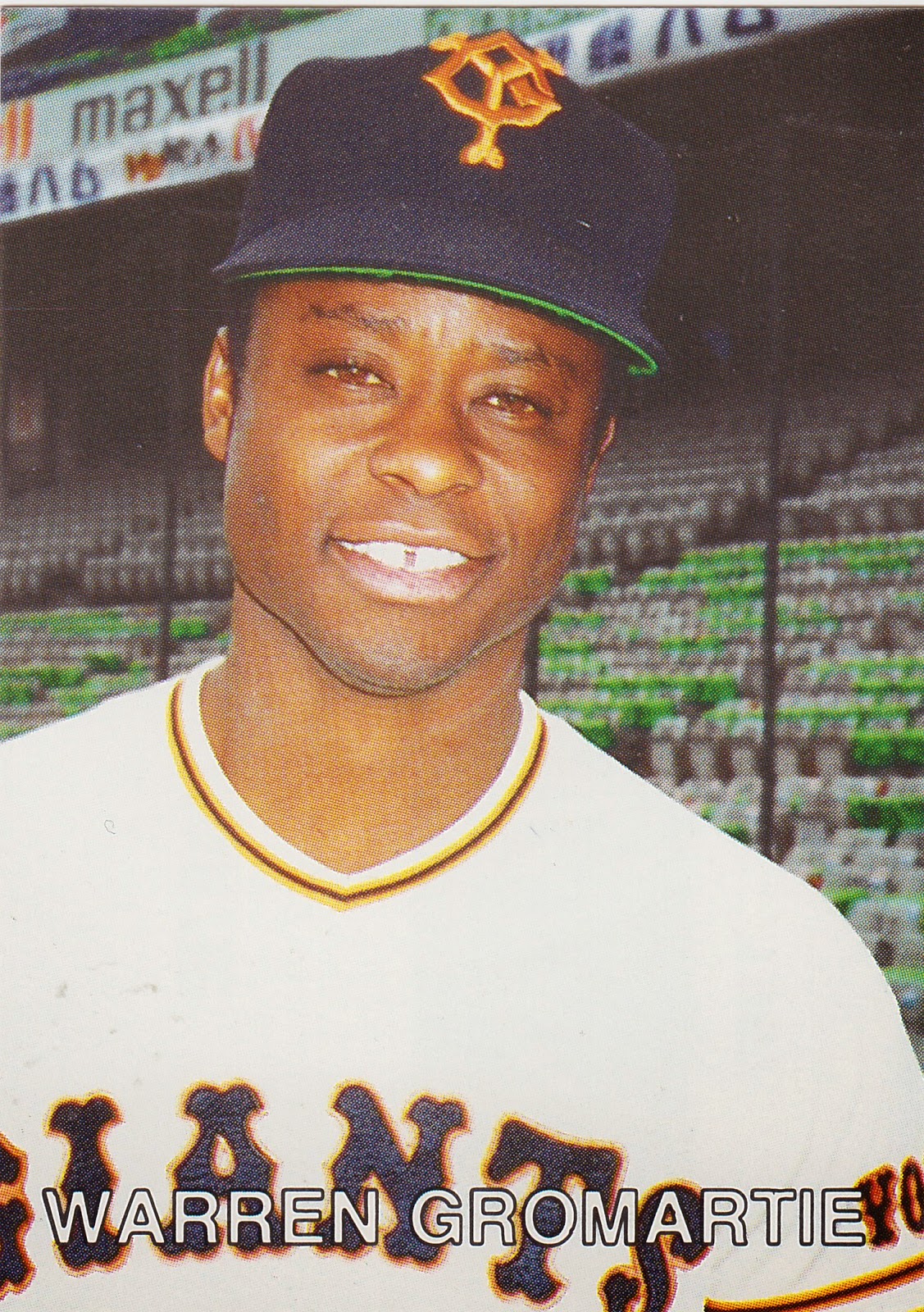 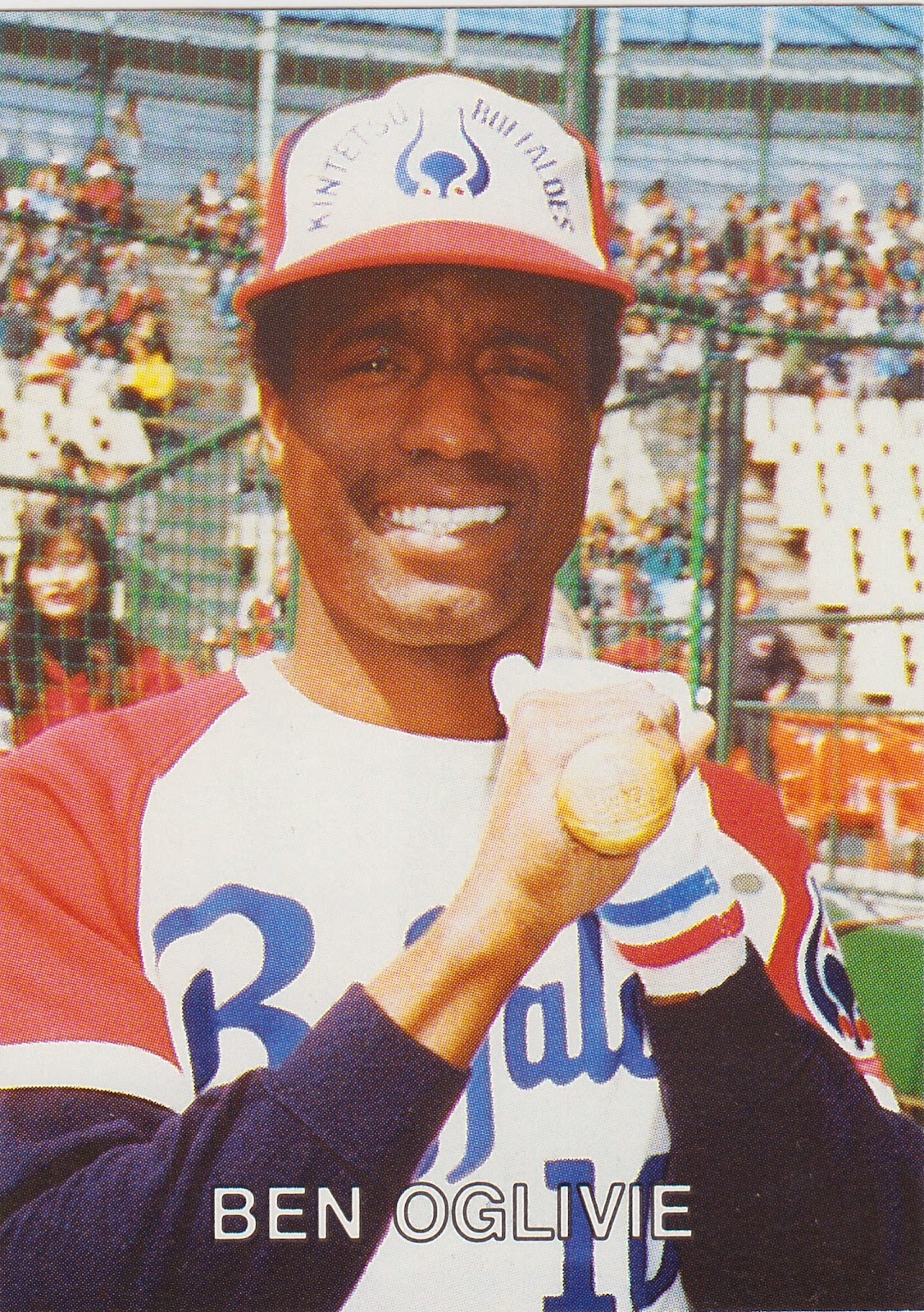 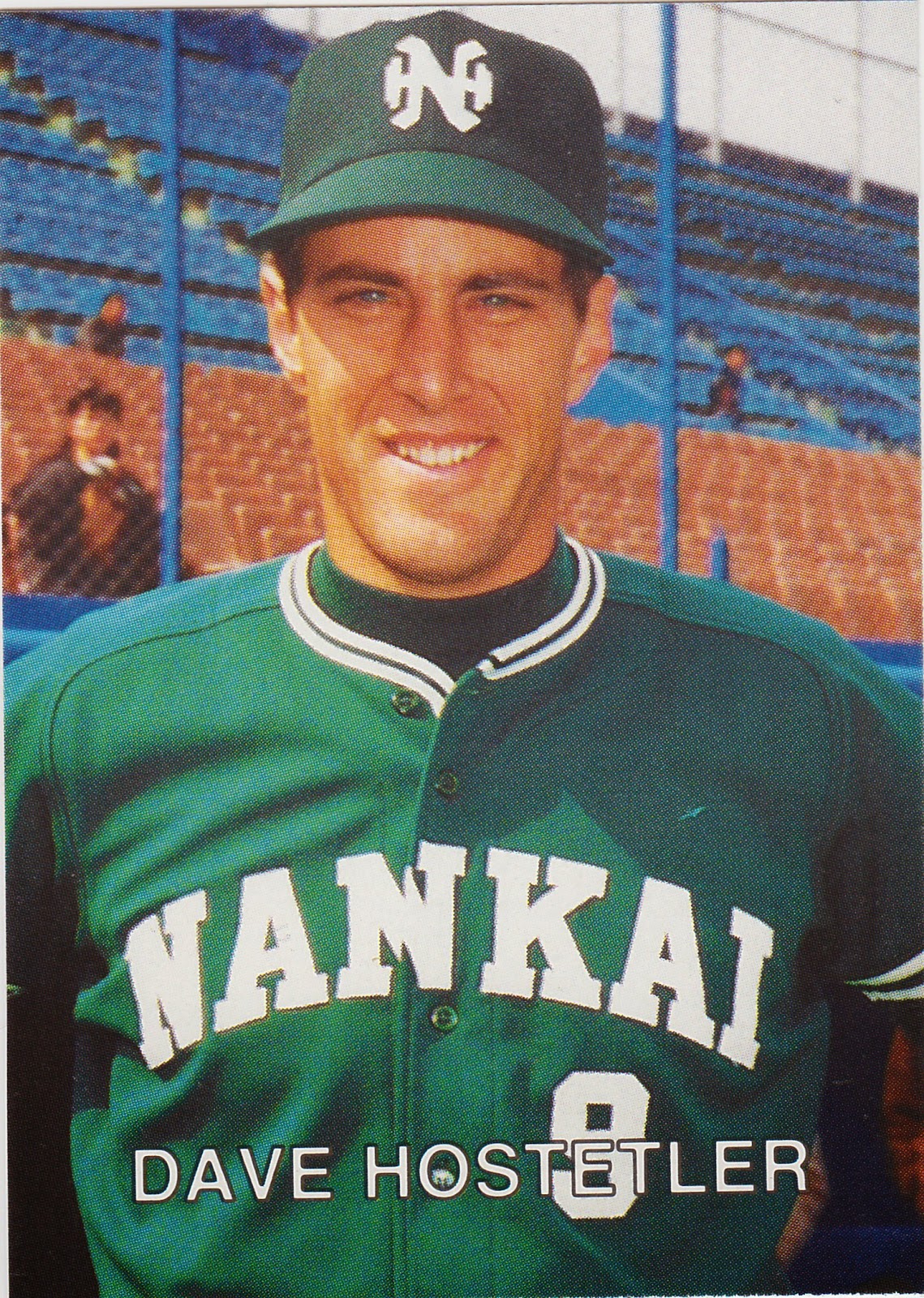 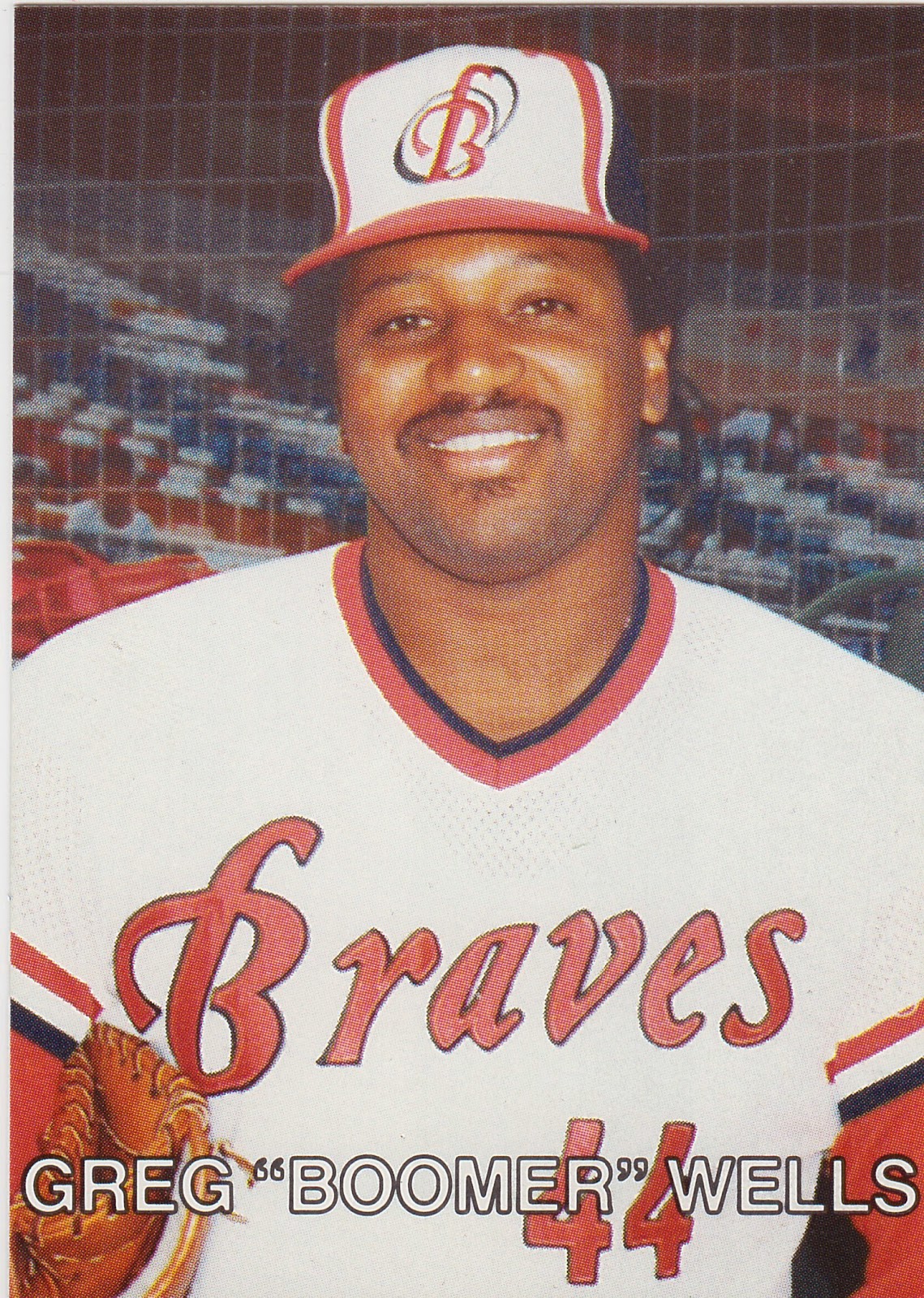 Here is the back of the Oh card. Pretty barebones. 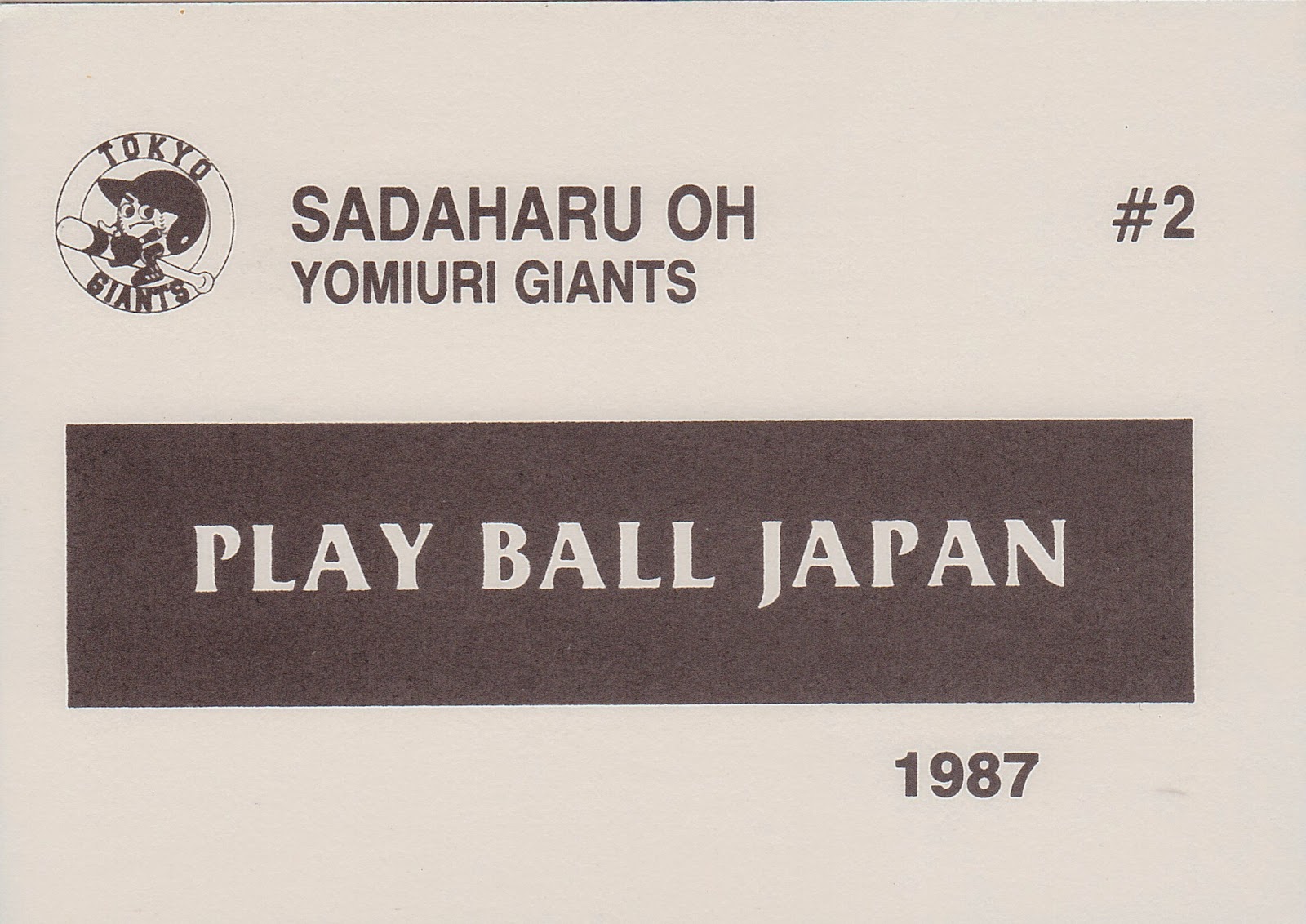 There are about 20 Japanese players included. Many were stars of the day and a few became Hall of Famers. Nobuyuki Kagawa was a broadcaster after his playing days. This story mentions his weight issues and how they led to his death at the age of only 52.

I think I paid $5 for the set off a dealer's table about 25 years ago. That's probably what it's worth today. But there is currently one on eBay with an asking price of  $200. I had to do a double take on that. Is it a solid gold parallel issue? I did a screen grab just to show I'm not making this up. 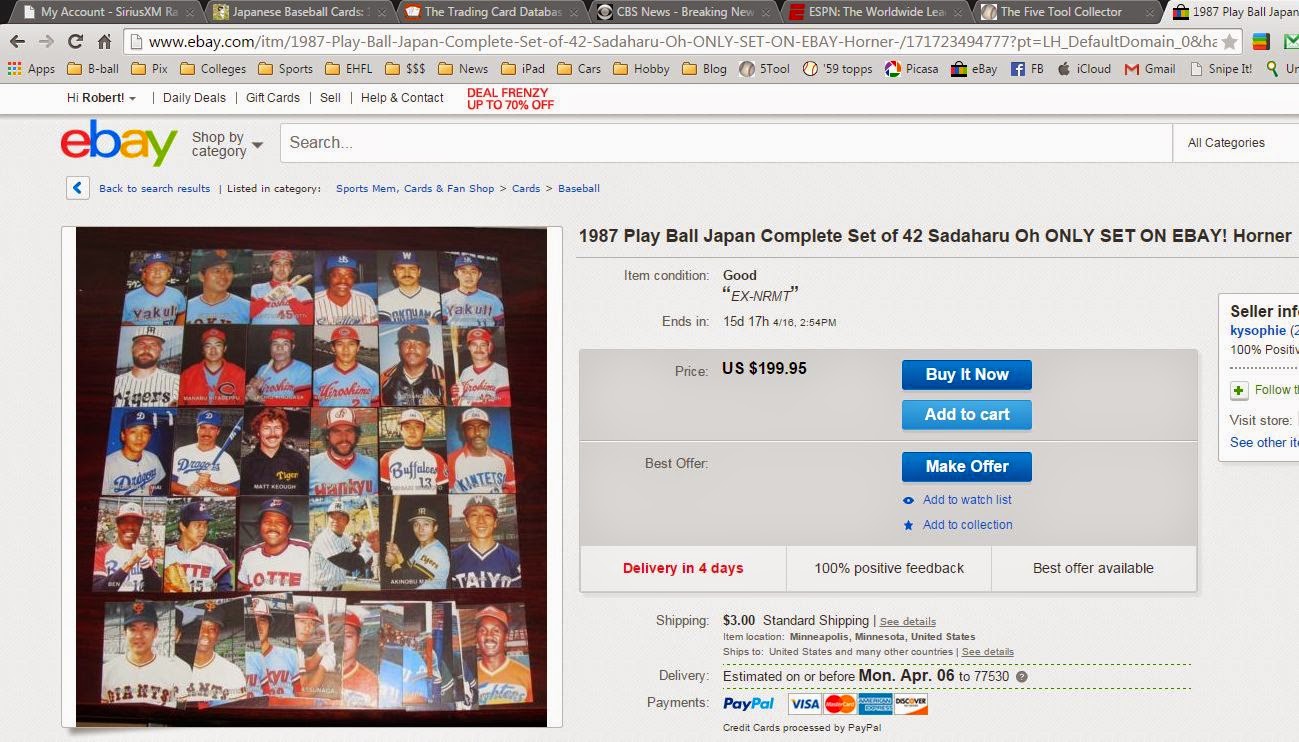 Posted by Commishbob at 7:41 AM