Gonna post some more from the package I got from Fuji. Honestly, I wasn't really planning on blogging anymore so I had placed quite a few of the cards into my binders, particularly the '73s and '74s which he sent. Those finished out my wants and I was anxious to get them in pages.

But let's move on.

This first item is one that stopped me in my tracks when I saw it. I had no idea what it was and I'm somewhat embarrassed that I completely missed it in my Baltimore Colts Card History series here. I think that because it's not a 'card' it wasn't included on any of the checklists I was using.

This is a 1971 Mattel Instant Replay disc of John Mackey. Clicking that link will send you to an SCD story about these and the disc players they were used with. 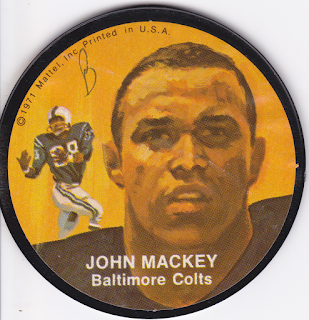 It was hard to get a good photo of the back but this gives you an idea of how they were styled as full-sized vinyls. 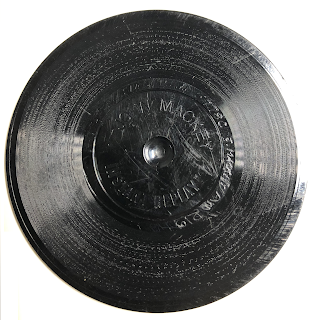 They are a shade under 2.5 inches in diameter and look like this next to a regulation card. 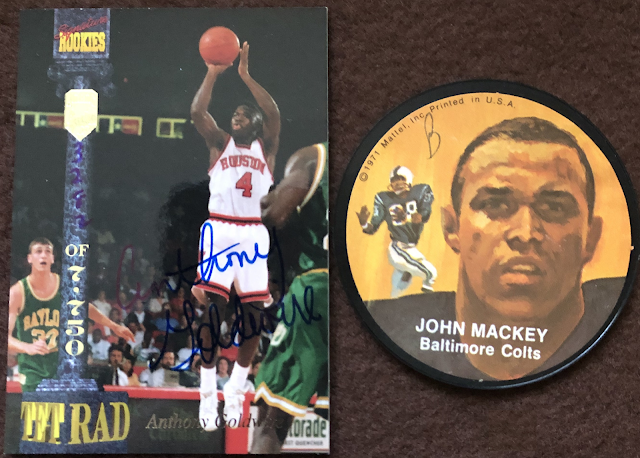 Poking around the net for a checklist (haven't found a complete one yet, I was told the TCD list is incomplete) and I see that CaptKirk42 blogged this very set back in 2010 (with a comment from Fuji!).

I had no idea that these were a thing either. But apparently so. 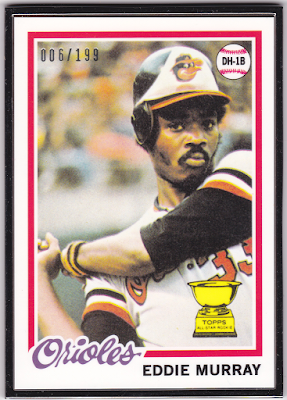 If you've never seen one they are fairly hefty and an eighth of an inch thick. Interesting item. In my previous post I mentioned that I had a question. This answered it...I had whiffed on my first attempts to figure out what it was.

There were more neat Orioles/Colts but the dolt that I am I folded a few into Bru's gift cards and others were binder-ed before I thought to scan them. So let us skip to the largest part of the package.

Fuji finished off my 1973 and 1974 Topps needs. Well, technically, they were the last ones into the binder. I bought the last cards I needed at a show after Fuji sent me the list of what was coming my way so Fuji's cards were actually the last ones in the books. It's a special feeling to fill that last slot.

I'll just post the few that I scanned before I booked the lot of 'em. 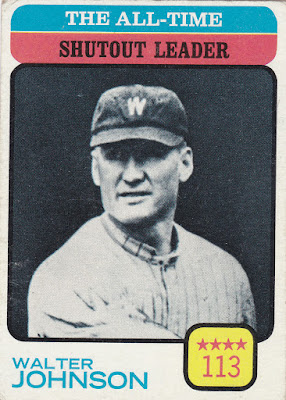 And, woo, Johnny Bench. Never cared for those 70s baseball stadiums with dugouts you can just run into. There was also a '73 Clemente with 50/50 centering. Now THAT is a rare bird for sure. I was in on a long conversation with a couple of dealers at a hotel card show last fall while they discussed how tough it is to find that card well centered. 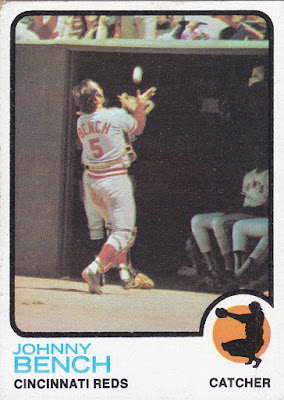 Same deal with the '74s. These filled the last open holes in the binder. A few were dupes but those were upgrades, so it was perfect.  Tony Oliva. What a great, underappreciated hitter. I was just a few seats away from where his lead-changing two-run homer landed in the first game of the 1969 ALSC in Baltimore. 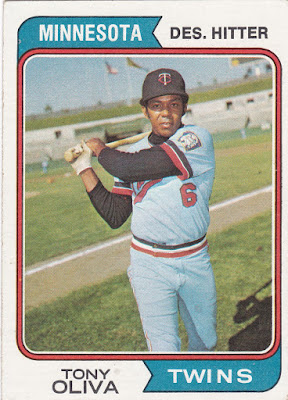 Fuji also sent some of the Washington "Nat'l Lea." cards I needed.  I like the story behind these. It's a neat 'subset', true parallels. 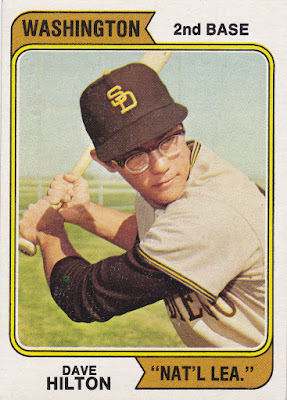 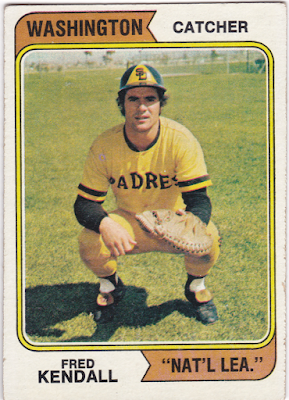 All in all this was a pretty great gift package. I've been thinking about him and my other teaching friends. Challenging times for them as they navigate this remote lessons deal.

Please continue to be smart and safe out there.
Posted by Commishbob at 8:56 AM