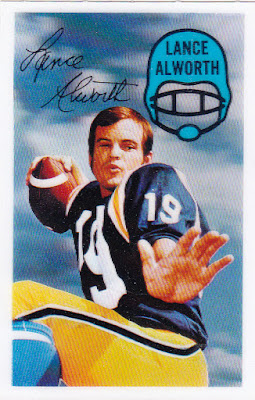 One of the more fun (and easier) football sets that I put together during my recent football kick (pun intended) was this gem. Kellogg's only did two football sets, both 3D, of course. This one, the 1970 set, was available to consumers in complete form with a mail-in order option. Their followup the next year wasn't offered thru the mail so if you wanted the full 60 card set you had to eat (or at least buy) a crapload of  Corn Flakes and Raisin Bran.

This 1970 bunch (and I'm assuming all the Kellogg's 3-D sets) was produced by the Xograph Company. The design is simpler than the 1971 offering which had a border of stars around the photo. I must say I prefer this cleaner look. 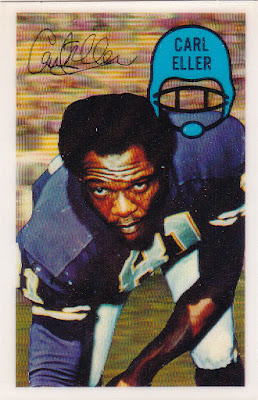 Not much point in typing a lot on these. They are probably familiar to most collectors. There are plenty of stars and future Hall of Fame players included. I haven't double-checked this but I saw it mentioned online that only five players appeared in both years.

Juice here looks to be on the team's bench in this photo. That's about as close as you'll come to an actual game action shot. 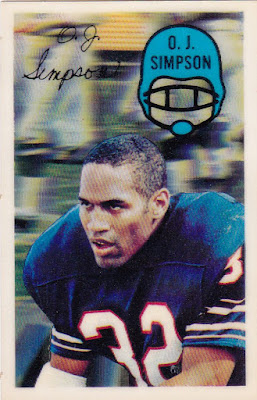 Here's one...Johnny U. My hero. I had the Colts from this set, Unitas, Bubba Smith, Tom Matte and John Mackey, in my Colts collection. But since these are pretty inexpensive it was an easy call to just grab a second copy for this set's binder. 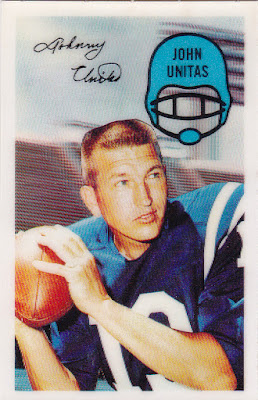 Speak of the devil... 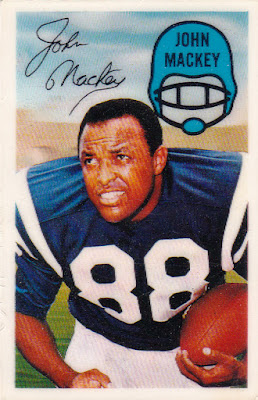 George Webster was a terrific player, very much an overlooked talent both then and now. Like John Mackey above, he's been placed in front of a Los Angeles Memorial Coliseum background. 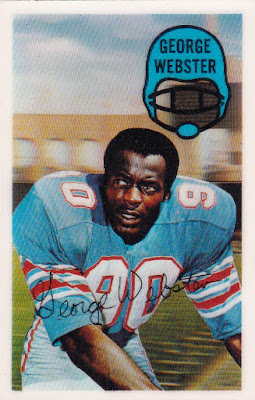 I've heaped praise on Gale Sayers on this blog many times. This is another card I grabbed a second copy of. No need to cannibalize my Sayers collection, small thou it may be. 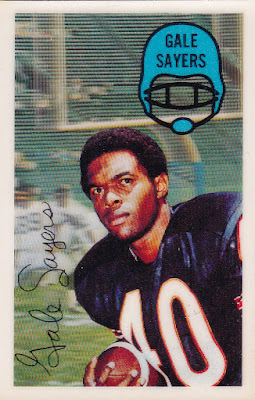 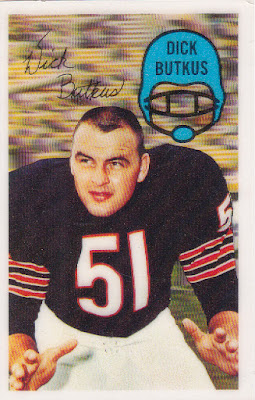 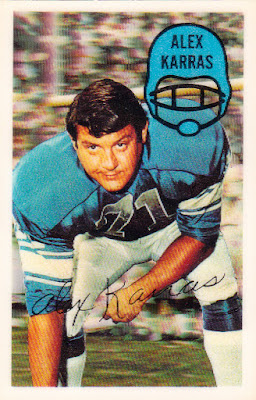 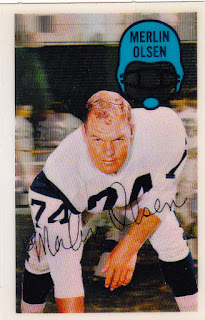 Recently Night Owl did a fun post in which he took a deep dive into the card numbers on Topps baseball through the years. There were a few that failed the 'Is it easy to sort these?' test, especially if your eyes have a few years on them.

Well, even the toughest Topps number font/color/position takes a backseat to these things. 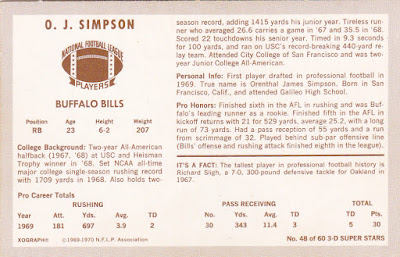 If you're not familiar with the backs, well, the number is down there on that line in the lower right-hand corner. Don't squint, I've done the work for you:

The backs had various configurations of pretty much the same info, depending on whether the player had stats to display. In general, they all listed basic vitals, some notes on his college, what Kellogg's called 'personal info' which was a blurb about being drafted, traded, injured, and so on. 'Pro Honors' was just that. One thing they didn't include, front or back, was the name Kellogg's. I'm sure someone knows why. 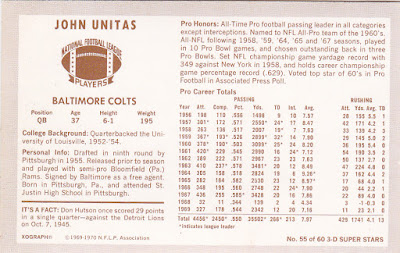 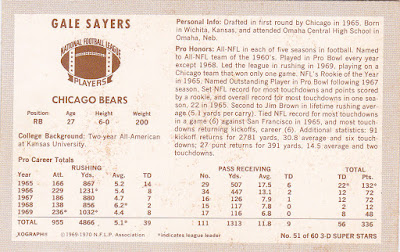 To fill space some cards had 'It's a Fact' blurbs. 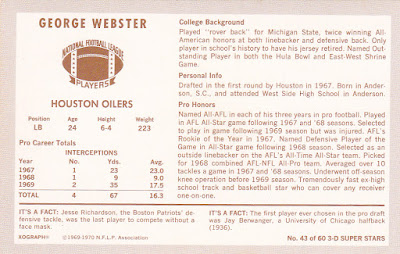 George Webster got two of those. Here's a closer look.

And a few more backs showing how they moved the blocks around to fit the space. 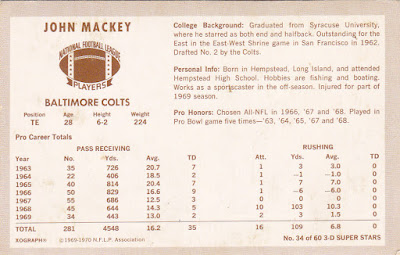 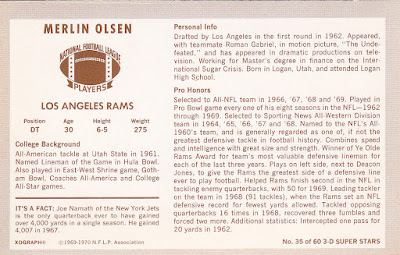 For the sake of comparison here's the Kellogg's 1971 Colts LB Bob Grant. Again, there is no mention of Kellogg's anywhere. 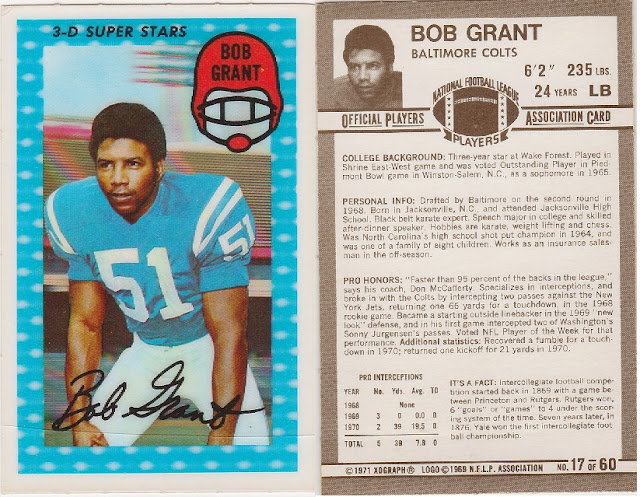 At least the number is a little bit bigger.
Posted by Commishbob at 9:00 AM