I used an eBay discount code some time back to add this 1912 T202 Bender/Thomas to my collection. The Hassan Triple Folders are a really a beautiful bunch of cards. The checklist is pretty impressive as well.

Some notable players appear on multiple cards but Chief Bender makes one appearance and it is with his frequent Philadelphia batterymate, Ira Thomas. Bender was, as the card's text notes, a pretty fair hitter but it's sort of strange that he's not featured on the mound.

The card wouldn't grade well if I was inclined to send it in (I'm not) because of the crease and the fact that the printing is flawed. The card appears somewhat out of register/misprinted. Hey, it's from 1912! The crease isn't as pronounced in hand as the scan makes it appear.

The front shows the two featured players using variations of the artwork from 1911's T205 Gold Border set. There are two players in the T202 who do not have T205 cards, Walter Blair and Smoky Joe Wood.

After scanning I cut and pasted the front of each part of the card next to the corresponding back. Here is Bender: 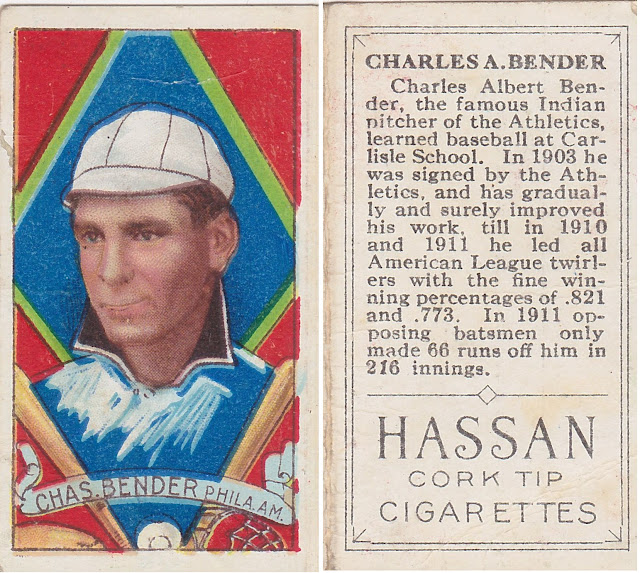 I also scanned my Bender Gold Border for comparison's sake. The Triple Folder's artwork is a closer cropped version with the A's elephant logo removed. I am using a large shot in each case so you can read the text. The write-up is similar but has been edited to include the 1911 season on the Hassan. 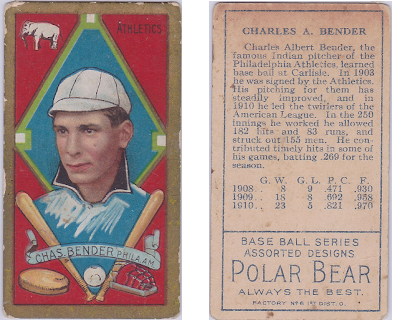 Here is the center panel of the HTF front and back:

Same idea with Ira Thomas' portion of the card. 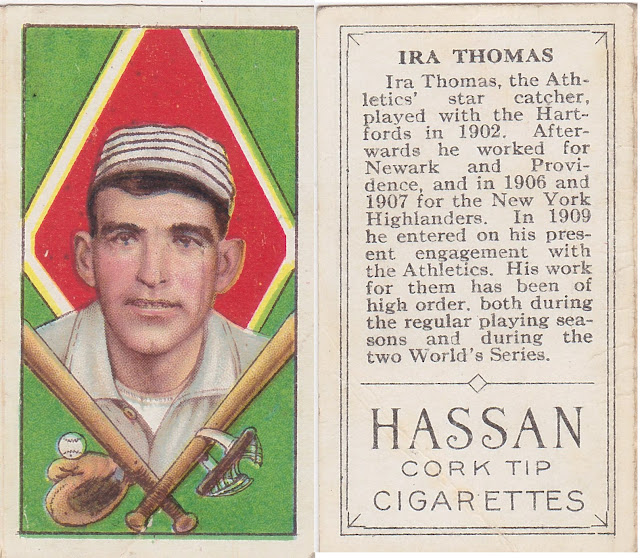 As with the Bender panel the Hassan uses a different cropping of the artwork and has the team logo removed. The scan of the Gold Border below is not mine. I found an example on an auction site and used it. 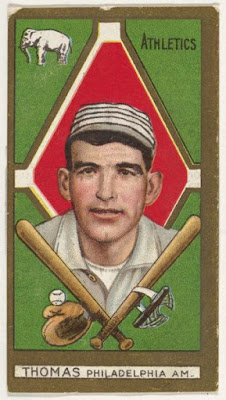 Again here is a comparison of the backs of the two. The Triple Folder obviously is on the left. 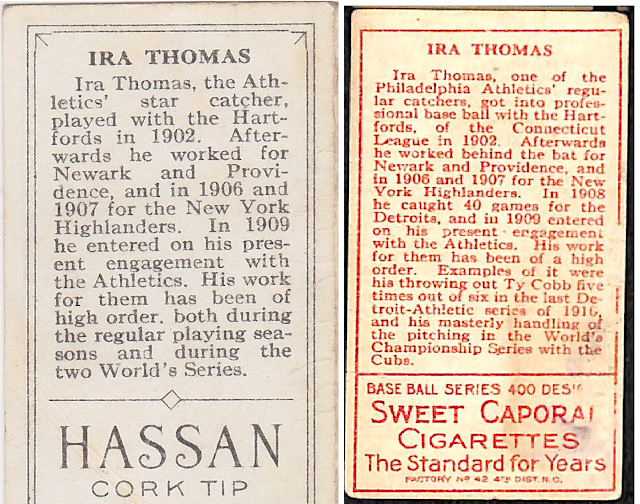 Thomas goes from being one of the Philadelphia Athletics' regular catcher on the 1911 card to being their 'star catcher' on the 1912 Hassan. That's following a season that saw him finish at #8 in the MVP (Chalmers Award) voting. Right behind Tris Speaker!

I used to have a graded copy of this one but I swapped it to a local dealer I know. He's offered it back recently and I was considering it but now there is no reason to consider it. Maybe.
Posted by Commishbob at 8:30 AM