In addition to the Billy Pierce drinking glass I posted the other day I have picked up a few paper items. First up is my second copy of the Wilson Sporting Goods Advisory Staff photo issued around 1959 or so. I nabbed one a few years back but I bid on this one to use as part of my display of Pierce items. I rotate the pics I put in the frames on my office walls because I'm afraid of the effect sunlight has on paper. I have a stack of lesser value and/or dupes that get switched out when I get the urge.

I love these old pics from the sports equipment companies. I have a new Unitas MacGregor that arrived last week and I'll get that scanned and posted soon. 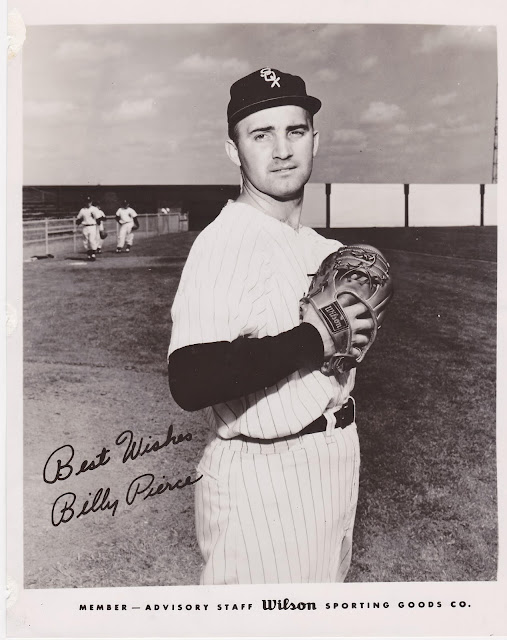 I go back and forth on the 'signature' printed on this pic. I've seen lots (lots!!) of Pierce signatures. I can't recall one ever signed as 'Billy', always 'Bill'. Vintage cards that had facsimile sigs show he was consistent with his signature. The 8x10 looks to be a Wilson's employee's approximation of his signature. Not that it matters much. Just an interesting (to me) detail.

And it did even back when Bowman used it on their 1954 Pierce. 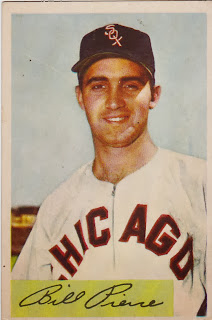 The 'cut' sig above is actually from this postcard/photo that I got this summer. The photo was originally taken in 1951. The uniform shows that much. The pic was taken by George Brace who took thousands of photos of major league players for over half a century. The story of his incredible photo inventory and how it was 'stolen' by notorious hobby con artist John Rogers and never legally returned to his estate (his daughter, Mary), is pretty tragic. 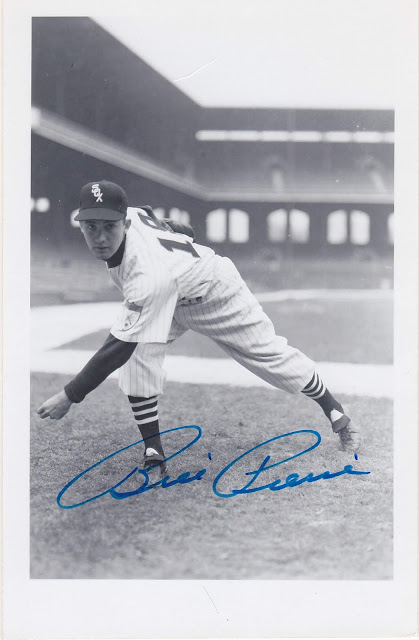 The Brace photo is blank-backed other than the name 'Pierce, Walter' in pencil. Walter is Pierce's given name.

At about the same time I found and bought the below postcard of Pierce from his days with the San Francisco Giants: 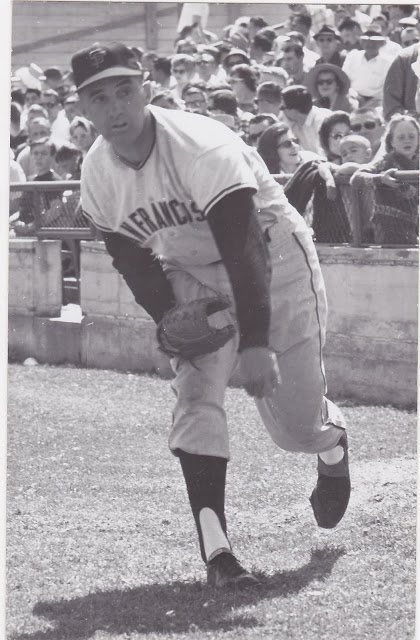 If you check the scan of the reverse you can see the Doug McWilliams notation in pencil. McWilliams is a well known photographer who's work appeared regularly on Topps cards. But I don't see any references to him being active as far back as 1964. It looks closer to something produced by Jim Elder, Norman Paulson or Jim Rowe. But who knows? The baseball postcard rabbit hole I've tried to venture down from time to time is very complicated. I'm just happy to have new additions in the Billy P binder. 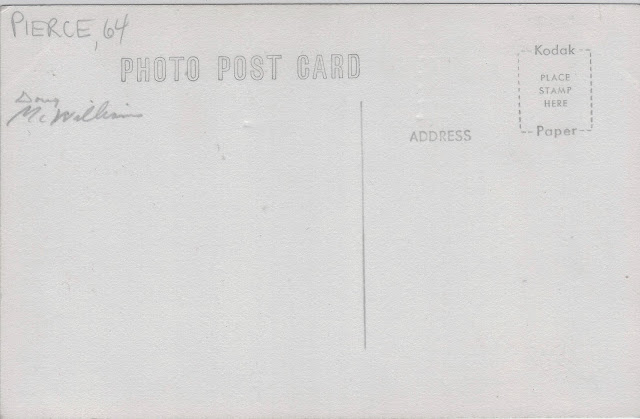