I'm making steady progress in my quest to complete the 1961 Topps set. That'll slow to a crawl when I get to a certain point. That point being when I am down to the high numbers and especially those high number All-Star cards.

Meanwhile, I have knocked off some stars and semi-stars. I really wasn't planning to do updates here on my set build. That's why my Willie Mays card and Spahn All-Star are sitting in the binder unscanned.

But I snapped up a nice handful of cards off COMC a few weeks ago and when they showed up I was very impressed with the condition. These are beauties and my stupid scanner doesn't do them justice.  mostly it makes them look off-center by 'trimming' the borders. Oh, well, you will have to trust me on these.

Not much to say about them other than they are among the better cards in my binder now. The 61s I have are far nicer than my 71s. Oh, did I mention I'm working on that one? No want list just yet. I'll have a post coming soon though. Whitey Ford. I posted his 1960 card over on that blog recently. 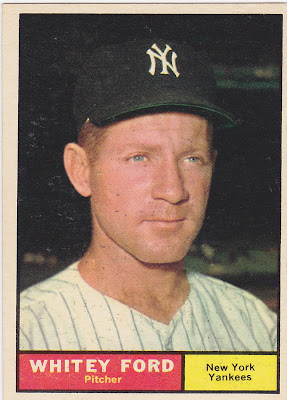 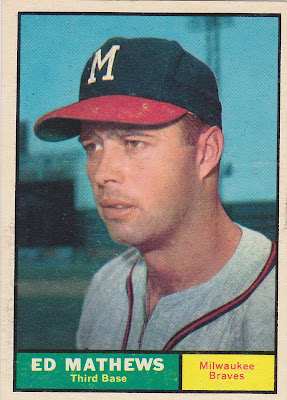 Two Braves, Mathews and Spahnnie. I'm trying to figure out what stadium that is on both cards. Wrigley?

I've said it a dozen times on this blog. Spahn cards are always fun. A series of oddly slanted elements, none at the same angle as any other. 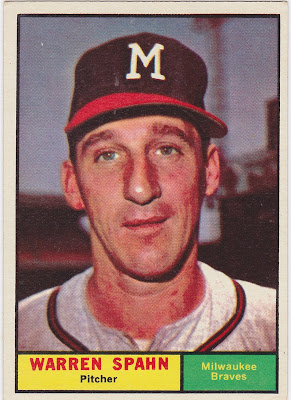 Clete Boyer. I have no recollection of him playing anywhere else besides third base.  But it looks like he played about a season's worth of shortstop early in his career. 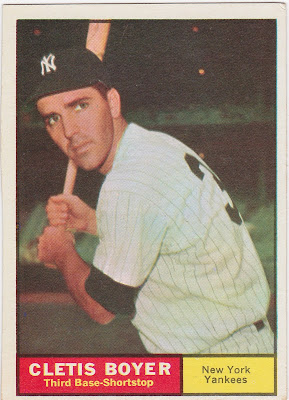 Luis Aparicio. I absolutely love that Sox cap with the red bordered S-O-X logo. I have a couple. 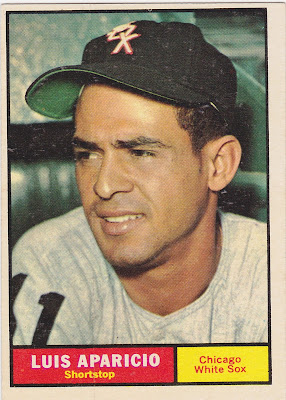 Finally..here is the Cadillac of the '61 Topps cards. The highest dollar card I'll buy for the set. When I bust it out of the plastic prison I'll be extra careful not to ding it like I did my '62,Willie Mays. That was a hobby moment that nearly brought me to tears. 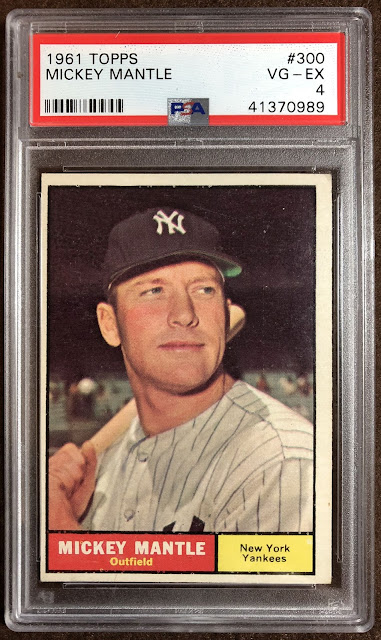 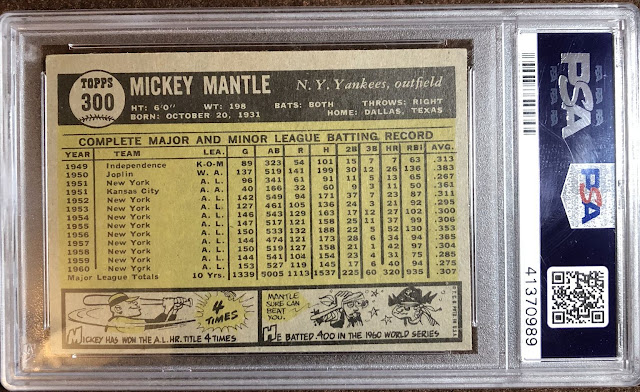 I figure that by the summer I'll be looking at tackling the last series of this thing. I've got quite a few other projects going in the meantime.
Posted by Commishbob at 9:00 AM