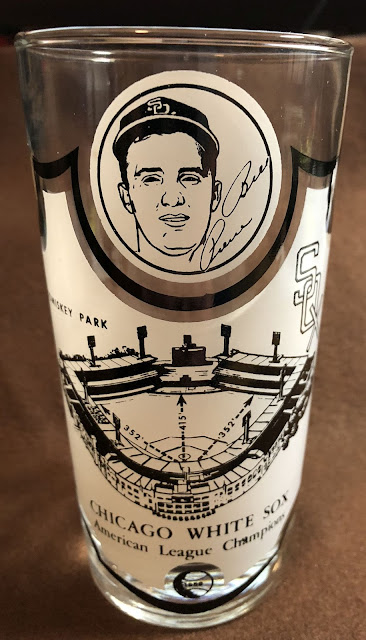 I haven't added any cards to my Billy Pierce binder in months. Frankly, I don't see myself adding anything new to the Pierce card binder for a while. There are only two on my want list and neither is easy. The '59 Bazooka is very pricey and the 1959 Topps Venezuelan version of his card with Bob Friend, #156 Ace Hurlers, is very scarce.

But that doesn't mean my Pierce quest has been fruitless. Over the past few months I've come across photos, postcards, and display items. The first of which completes a 'want' I've chased (in the dark) for a couple of years.

I had seen references to a set of drinking glasses issued by the White Sox after they won the 1959 AL title. I assumed that BP would be on one but given that he was snubbed in the Series by Al Lopez I wondered. I had a couple of eBay saved searches going for years but nothing turned up. Then a few weeks ago I saw the glass that I posted at the top. It was a bit more costly than I expected but not crazy given how rarely they turn up.

I put in a bid and won it. It showed up, packed expertly, last week. It is sitting on one of my glassware shelves on my wall here next to my desk. Looks sweet up there. 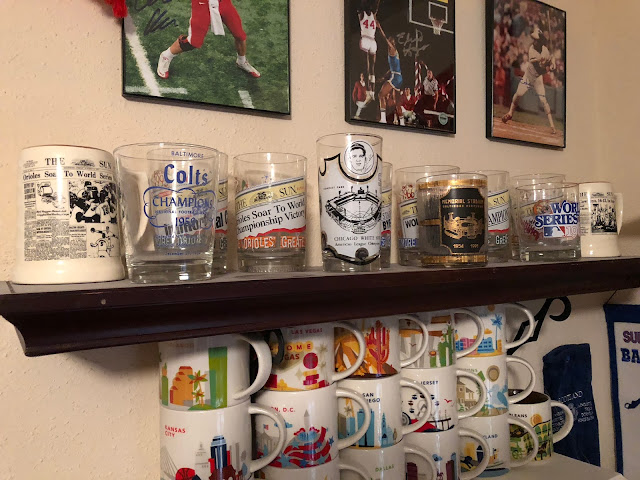 Here are shots of the sides: 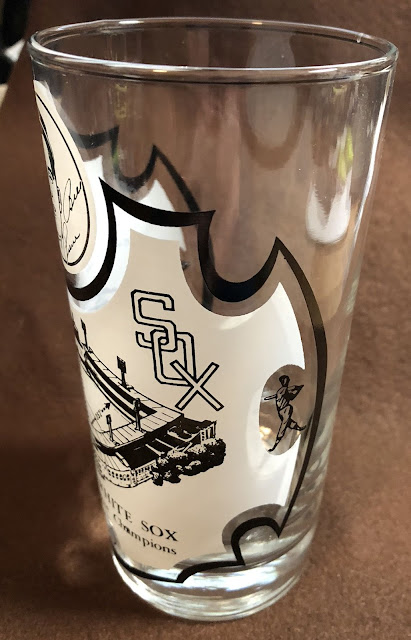 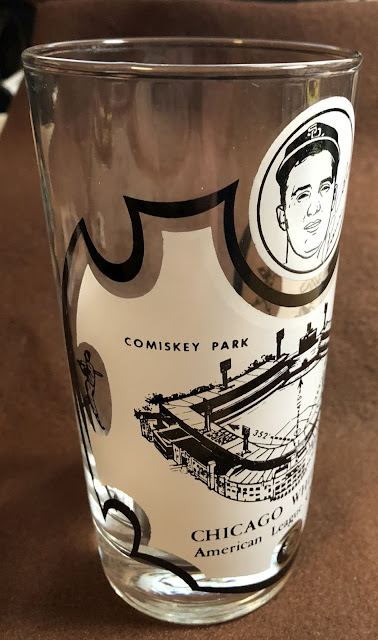 The glass is in such nice shape I wondered if it actually was something produced that long ago. I did a little more digging and saw that a few sets of these had been available through various major auction houses over the years. So I'm assuming it's legit. These two pics came from the auctions: 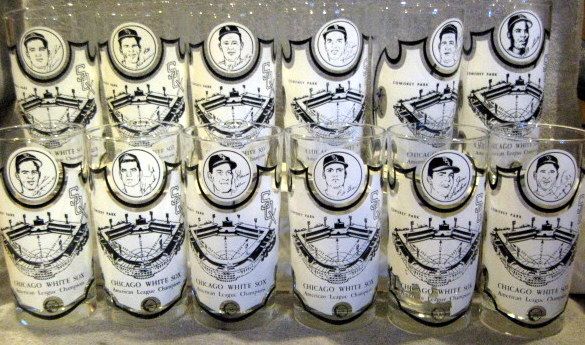 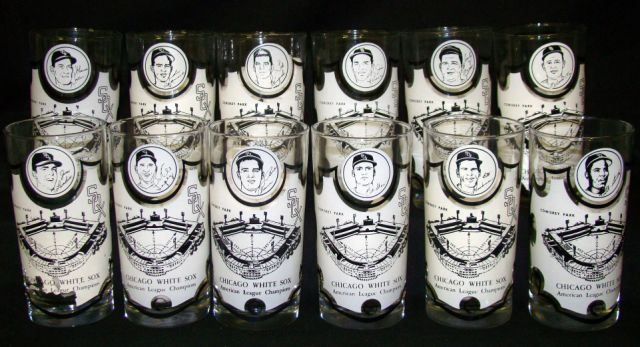 In addition to the glass, I added a New Comiskey Stadium giveaway premium. This is one of those 'stretched canvas' type things and was handed out to fans in July of 2007 on what was apparently Billy Pierce Day. 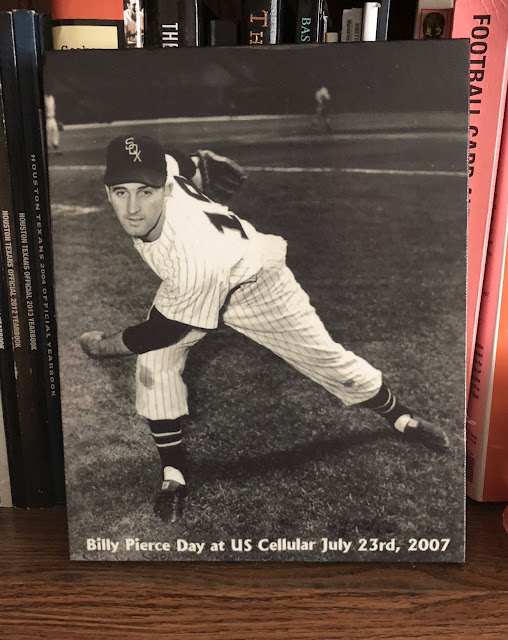 This one is supposedly from his estate. It came with a letter stating such but they are not rare. I've since seen several on eBay at a similar price.

Here's another angle showing more of the side and the fact that it has a frame. Well, it's sort of a better shot. LOL 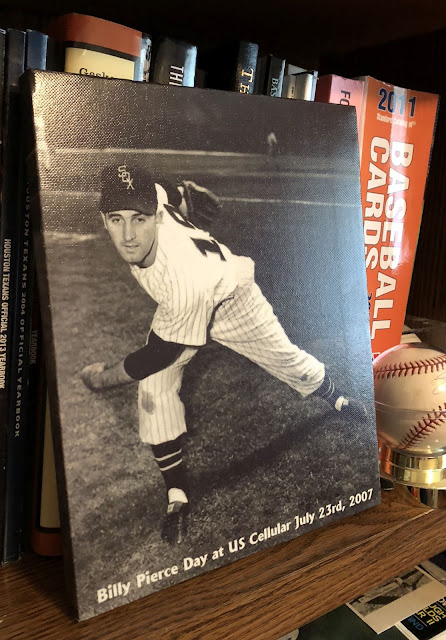 I haven't put it up on the wall yet. That'll take a decision on what comes down. Wall space in my hobby room/office is at a premium these days.

I have a few other BP paper items that'll show up very soon.
Posted by Commishbob at 9:07 PM