I got free cards!

Yes, they were just 2015 Topps cards but hey, free is free.Tuesday night at Minute Maid Park I took in the Orioles game here in Houston. My wife decided that she needed a shirt to display her loyalties (to the wrong team!!) and when we were leaving the Astros' team store the lady handed me four cello pack of new Topps cards. She remarked that we could have them despite my obviously being an 'enemy' fan.

I didn't get anything special in the packs but one of them did have an Oriole showing on the front. 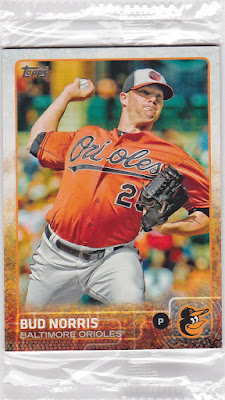 They each contained four cards and a coupon for 50 cents off a Topps retail product. The other side of the coupon explains that it's good on pretty much any current Topps pack. 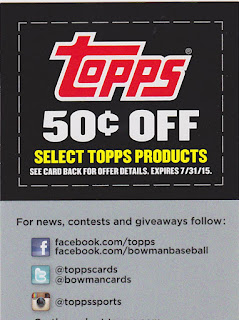 Here is what each of the packs contained:

First pack...three pitchers and an outfielder I've never heard of. 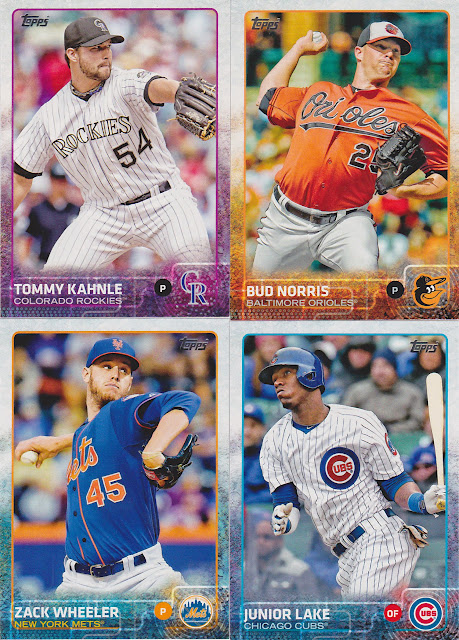 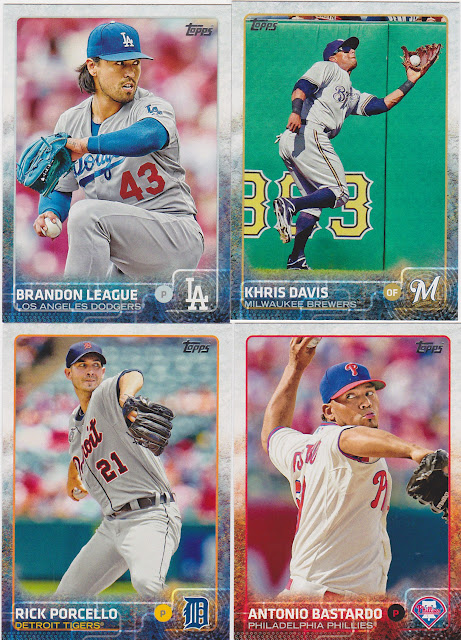 Third pack was better. Looks like the Giants' guy is trying to seperate himself from his better know packmates. Sometimes I suck at scanning. 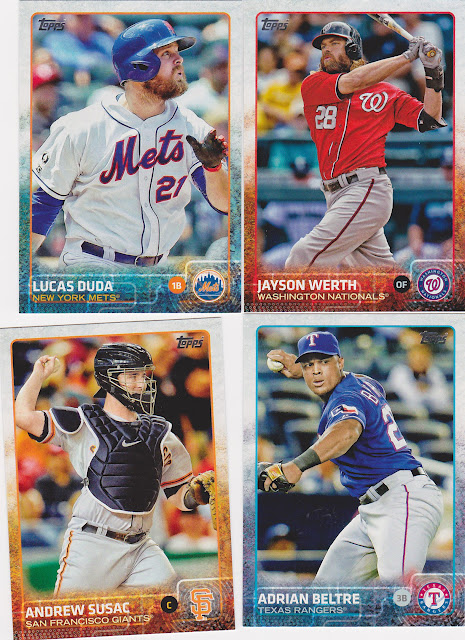 A couple of semi-related notes....Lucas Duda hit 30 homers last year. That's really good for a catcher. I knew nothing about the guy which shows you the difference between the Yankees and Mets. The Nats had about four guys in Spring Training that were sporting that 'bushy bearded Jayson Werth' look. I witnessed three occasions when a fan mistook one of those guys for him. 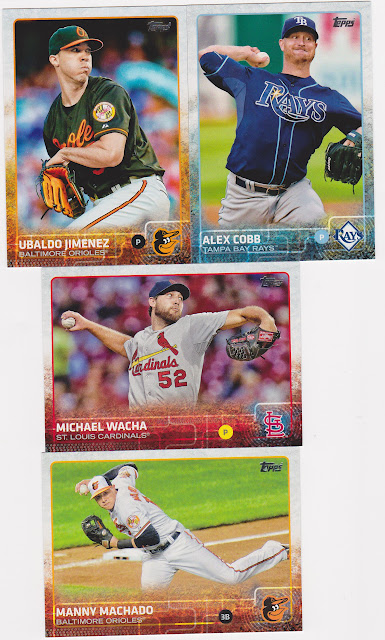 After watching the Orioles meekly fold up and crawl away for three straight nights here in Houston I'm ready to declare the 2015 version of my team to be dead in the water.

But I had fun at the ballpark anyway. One night with an old college friend whose son was once an Orioles prospect, one game with my wife and a third with my sons and a couple other old friends. Good times, bad games. Oh, and free cards.
Posted by Commishbob at 7:56 AM