A day late and a several dollars short

Everyone and their brother has weighed in on Topps Archive, so I guess I can, too. But you can take my opinion with a grain of salt because I'm among the least experienced/knowledgeable blogger around when it comes to contemporary Topps sets.

I buy Topps cards now the same way I bought cigarettes when I was a smoker twenty five years ago....once in awhile I grab a pack, if I find some 'extra' cash I'll buy a box. And because I like the '57 Topps design, I bought an eight pack box of these at Target.

The first two packs I opened had nothing but retired players in them. It made me wonder if that was all there were in the set. But in the back of my mind I knew that couldn't be the case. These are more or less the cards I liked the most from the box: 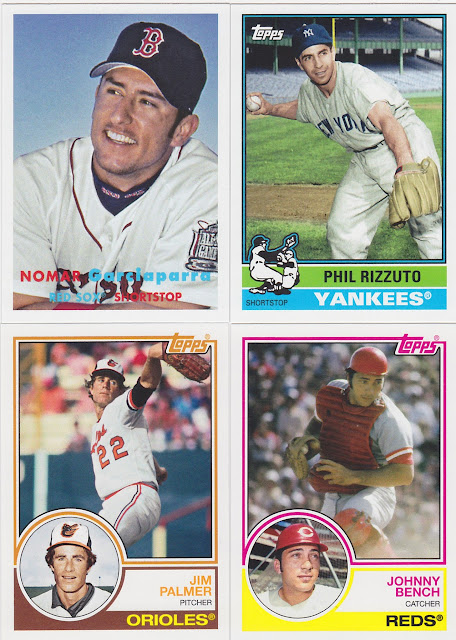 I've seen that Jim Palmer shot before, many many times before. Of the rest the Griffey, Clemente and Sutton cards were my favorites. 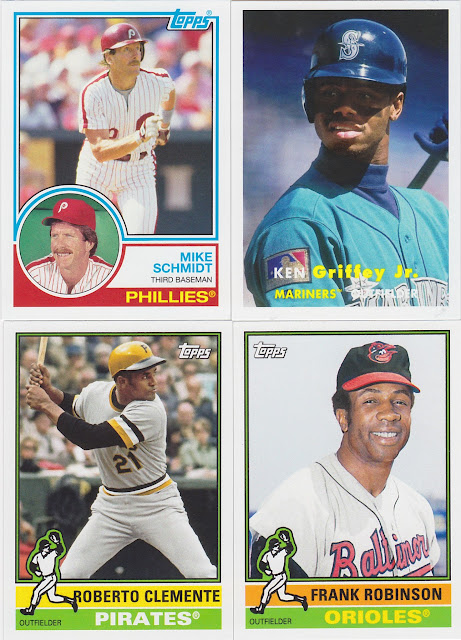 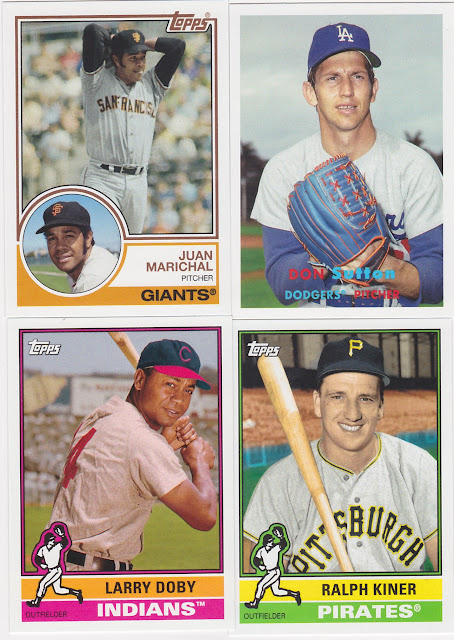 The Peralta card made me grin....so much face! 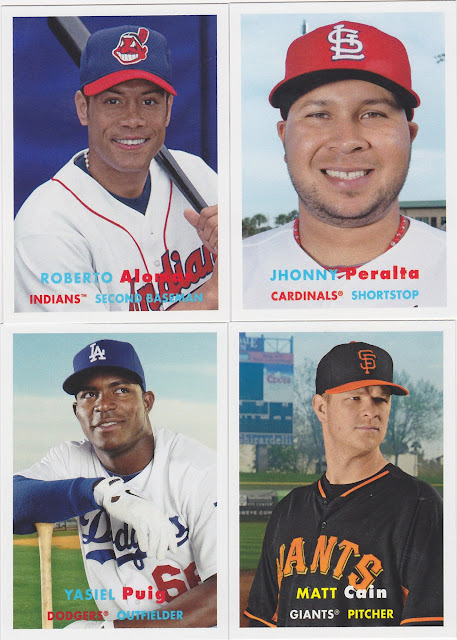 Of the contemporary players I got I like the Puig and Cain cards the most.

I was happy to get a Barack Obama card but it's so different design-wise from everything else in the box it kind of sticks out. I'd trade this for an LBJ, JFK or Teddy Roosevelt card (if they are even on the checklist). 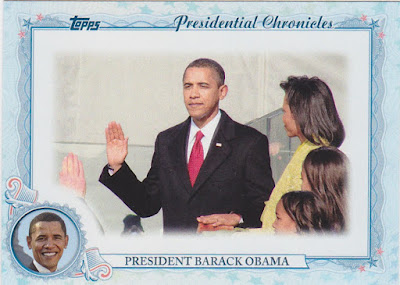 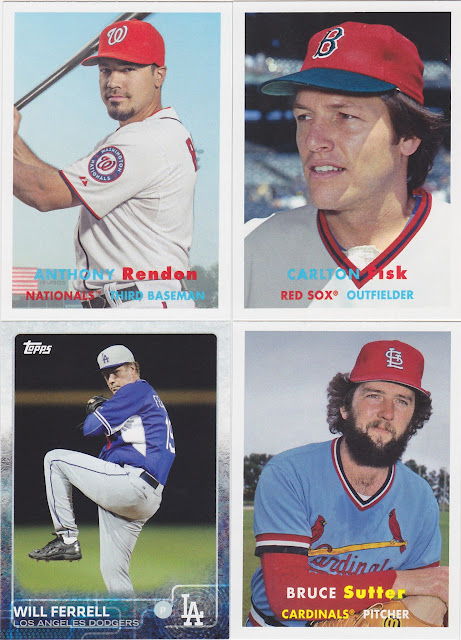 I'm not exactly a fan of Will Ferrell so I'm not sure why I threw him into the scan. Like the presidential cards having a 2015 design in the midst of the throwback designs makes it jump out. I wonder if they considered using the vintage card styles for these inserts. I think that would be cool.

I've read the criticism of the Archives set...thin cardboard and very hard to find short print cards. I can't argue with those. The cards are flimsy feeling but the couple I handful that went into various binder will be just fine in there. As for SPs...I'm not affected since I wouldn't be one who would try to collect the whole set. But I can understand why it would annoy someone that does. Why does Topps make them so hard to get? From the odds I saw one blogger post it would be damn near impossible to finish these by the pack.

I guess nobody can even attempt that anymore. That's too bad because that was so much fun once upon a time.
Posted by Commishbob at 9:51 AM