Now that I've finished the 1959 Topps set I'm adding cards I like of players I collect. I'm not a "completist", I don't think that really possible anymore with all the things that have been manufactured and the untold variations.
This is a list of individual cards I's really like to acquire. I've tried to include only 'reasonable wants'. I can't expect to come across an affordable Mantle rookie or a T206 Wagner.
1) A Sadaharu Oh Menko card. I have a few mass produced cards issued late in his baseball career but I'd love to have an original Menko from his early career. Done: I picked one up in the Spring of 2015.

2) 1958 Mickey Mantle All Star. I always seem to underbid on these. It's one of my favorite designs and one of the few cards I'd insist on having in nice condition.
UPDATE: I have finally acquired this card. I'm pretty happy to have gotten it fairly cheaply. 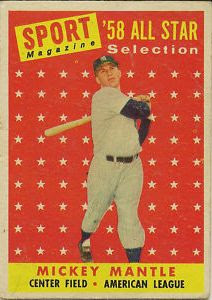 3) An LBJ relic card. I've only seen two different types, both Goodwins, and some copies are reasonable. I'm a Johnson-ophile and I want one. I'd rather have an authentic autograph but they are out of sight and any affordable one is probably an autopen. 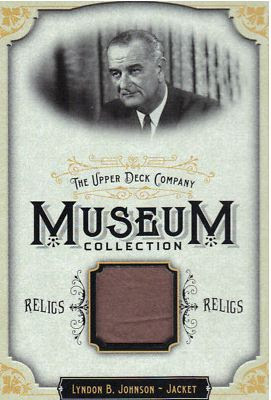 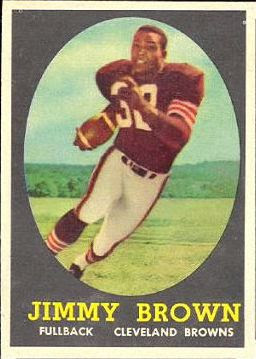 5) 1963 Topps #412 Dodgers' Big Three. I'm a Koufax collector and the Dodgers were always my NL team. Add John Podres, Don Drysdale and the Polo Grounds with the Upper Manhattan in the background. Very sweet. I just love this card and I keep trying to find a nice one at a reasonable price.

Update: I have one now in my collection. It isn't a 'nice one', in fact it has a couple of serious creases, but it's very presentable and was very reasonable. 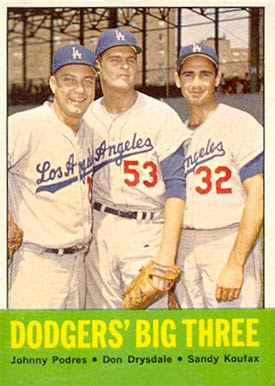 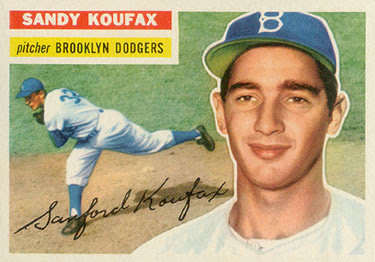 Update: Picked up a great copy in January, 2013 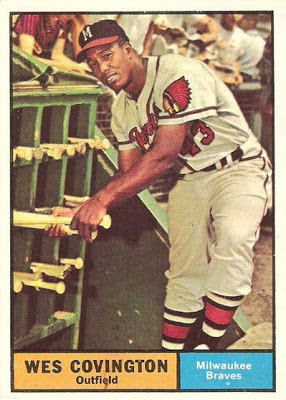