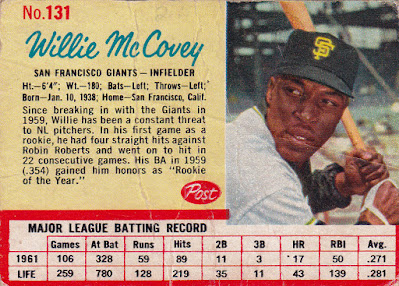 OK, so it wasn't that big a deal but yesterday, for the first time I can recall, I attended a card show and walked away with every dime I brought with me. Blame it on my quirky wants, blame it on the explosion of interest in shiny stuff, blame it on the pandemic. But whatever is to blame, it felt weird.

Coming home empty handed really was the result of all of the above excuses. I don't have much on my want-lists that dealers carry to small shows in the best of times.... '67 High Number SPs, '62 Post Cereal, '75 Topps Minis, and an admittedly odd selection of non-sport sets. The tables yesterday reflected the current trends in collecting. There were plenty of boxes of what I suppose are the kinds of cards people are in line for at Target these days. Display cases were generally filled with 'hits'.

Daryll, the promoter and my friend, did a great job with the show, the first hotel show since last year. COVID protocols were in place and enforced. I should note here that my wife, my mother-in-law, and myself are all fully vaccinated. If not for that I likely wouldn't have gone at all.

He cut back on tables to give plenty of room for social distancing. But some of that is the reason for my striking out. With fewer tables the dealers cut back on what they brought. I normally spend at least 75% of my time at the hotel shows at Daryll's own tables since he usually has tons of vintage stuff. But he's limited what he brings and only sets up a few tables to give more to the dealers. After all, it's table rentals that pay for the room.

Meanwhile, I have a few things that were picked up in my latest SportsLots binge and an eBay buy or two. The '62 Post Cereal McCovey up top brought me to just five remaining. There are also some variations out there which I don't plan to chase. If they fall into my lap I'd take them of course. I also added Juan Marichal. His card is a bit pricey but after a day or so of combing through eBay looking at '67 Topps SPs like the Rod Carew rookie, it doesn't seem so expensive. And it really is as nice as the scan shows. That level of condition is rare for a set that was generally cut from the backs of boxes by 10-year-olds with dull scissors. 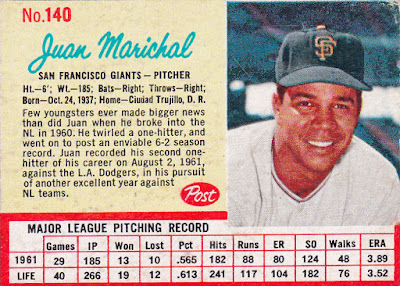 Over on Twitter a hobby friend showed a couple of cards from a set I was unaware of, the 1968 Topps/Milton Bradley Hot Rods. I commented on them and did some digging. They reminded my of the George Barris 'Kustoms' that we loved as kids and he was gracious enough to send me the cards. Turns out I had a couple of these stashed away in a box of oddball singles and strays and had completely forgotten about them. 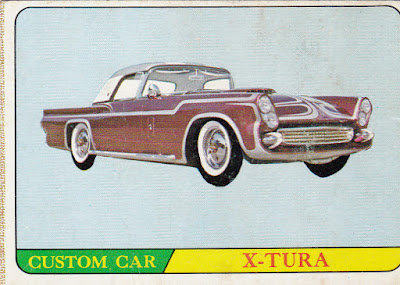 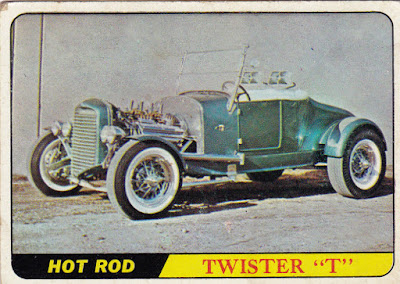 This turned out to be a 66 card set without any rarities so I'll work on it casually for now. I found a dozen or so being sold by an eBay dealer so I'm at 16 or so. Finding them, not cost, is the challenge. That's a much more enjoyable hobby predicament than wondering if nabbing the remaining 26 Topps 67s will take my whole stimulus check.

There are some back color variations. The story behind these is a bit murky (I've read a couple of conflicting accounts) but I'm not going to worry about any of that. They will make a nice companion to the World On Wheels binder.