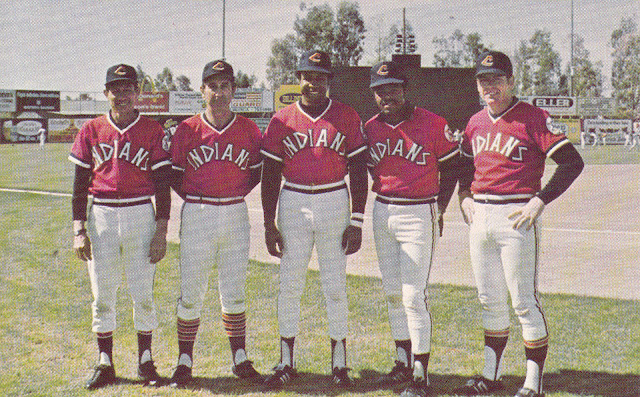 Picked up some stuff from Net54 members recently. I've bought more there in the last few months than I have from eBay, SportsLots or anywhere else. In addition to some oddball football and baseball sets I paid a few bucks for this addition to my Frank Robinson collection. The unused postcard shows Frank and his staff as he was about to become MLB's first black manager.
This is almost surely a photo from Spring Training in Tucson where the Indians trained from the late '40s through the early 1990s. On Frank's staff that first season were (l-r) Harvey Haddix, Dave Garcia, Tom McCraw, and Jeff Torborg . Looks like all five of them wore their stirrups as they had during their playing days. Frank had those long, thin ones going on.
I know a lot of folks look back wistfully at those Indians unis but I wasn't a fan, then or now. Wouldn't turn down one of those lids though.

ST will be here fairly soon (I think). We had very preliminary plans to head for Florida for last season's camps but we all know what happened. Maybe we can get there in 2022. I would love to see Sarasota, Lakeland and Bradenton again. 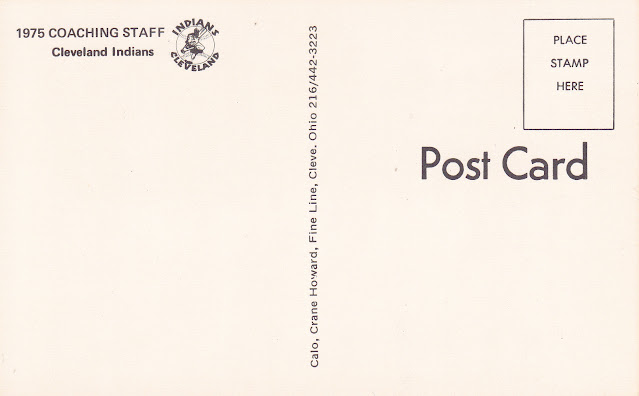 Finally, here is a quick clip of Frank's debut as Indians manager in which he famously homed to help get himself a win. RIP