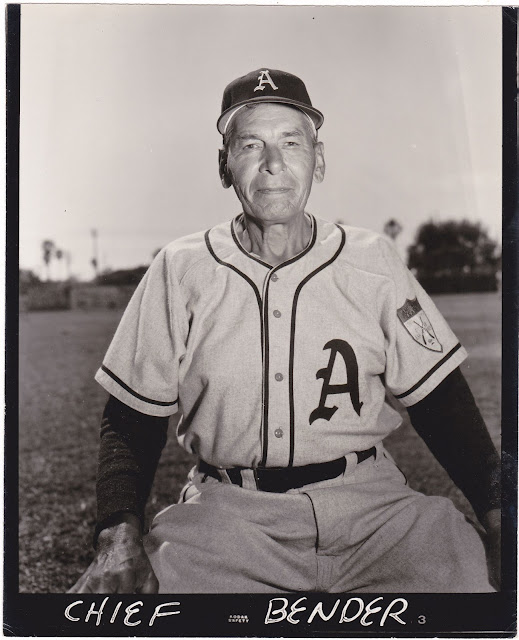 I hadn't added anything to my Charles Bender collection in months when I got a Twitter tip from Nick Vossbrink who writes a great card/photography blog and opines on Twitter using @vossbrink.

He pointed me towards this 4x5 Type 1 contact print produced by William Jacobellis who photographed many sports and entertainment figures over a long career that stretched into the 70s. He shot for the New York Journal-American and was responsible for many pictures used on Topps cards in the 50s. PSA's site has a lot of info on how these pics would up on Topps products. It's a link worth following. 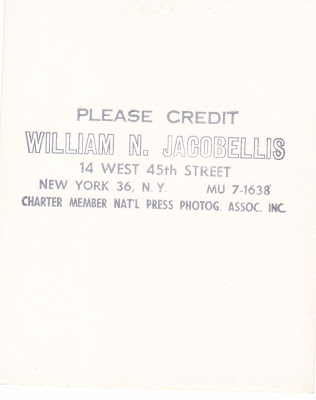 The pic above was taken during Chief Bender's last baseball gig, pitching coach for the Philadelphia A's in the early 1950s. Bobby Shantz won the MVP in 1952 while under Bender's tutelage. Chief died of cancer and other health issues in 1954 at the age of 70.

I'm planning to be in the Philadelphia area in late February or early March and hope to find a chance to visit his grave just north of the city if I can squeeze in some time.
Posted by Commishbob at 10:22 PM