Months ago when I finished off the 1958 Topps set I was thinking that I was done chasing vintage sets for awhile. But at one of the monthly card shows my friend runs he told me he had a couple of 1970 'starter' lots and asked me if I was interested. 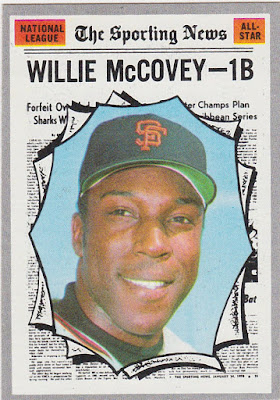 Willie McCovey All Star. These are such a fun subset. Love the design! This is one I have had for awhile. He'll be happy to reunite with all his 1970 buddies.

Back while I was still chasing the last of the '58s we had talked about what I planned to do next project-wise and I had told him that long term I was either going to continue forward with Topps sets (1961, '62 etc) or perhaps collect the sets that represented the Orioles' championship seasons ('66, '70 and '83). 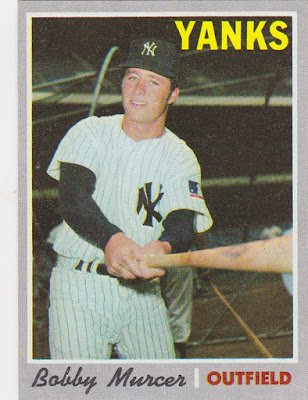 Bobby Murcer. A guy I saw play countless times including the day in 1970 that he hit four homers in a row.

I wavered initially on the 1970 lots but he promised to bring them to the next show anyway. He kept forgetting to do so which was fine by me. I was still determined to wait until I was much further along with posting on my 1960 and 1958 set blogs before tackling a 'buying' campaign. 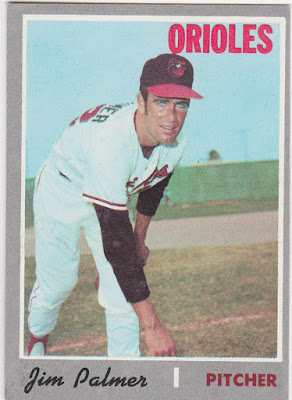 Jim Palmer. This is one of my original '70 Palmers. It's about as nice as the one that came in the starter lot. When that happens..tie goes to my original card!

Then a month ago, after I'd skipped a few shows, I returned to one and Darrell pulled out a big white binder. Yup, it was one of the 1970 'starter' lots. It was laid out in 9 pocket sheets and I could see immediately that the cards were in really nice shape...and there were more of them than I thought should be called a 'starter' lot. There were about 460 of the 720 cards included. 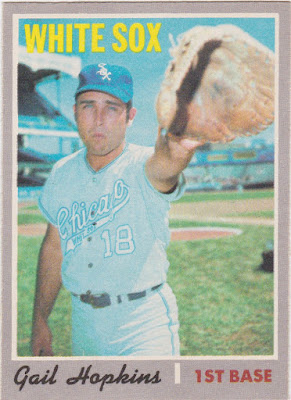 I'll admit to an unhealthy fixation on these White Sox road unis from 1969 that are all over this 1970 set. And this Gail Hopkins card with his big glove dominating the shot is pretty sharp.

I'd started the 1960 and 1958 builds with lots of about 200 cards of questionable grading while having some of the stars and all the Orioles already in hand. I started my 1959 build with my battered Bob Gibson rookie, a few stray, poor condition stars and the Orioles.

If I went with this group of 1970 cards it would be different. I'd be chasing a lot of the high and semi-high number, almost every star outside of the Robinsons and a couple more. I spent some time looking at a few other tables, went to lunch and returned still not having made up my mind. Funny thing was that we had never discussed a price. I always know Darrell will be more than fair. I trust him enough to just pull cards from his boxes and let him price them as I wander around. On the way out of the show he'll tell me what I owe for them. It's always less than it should be. 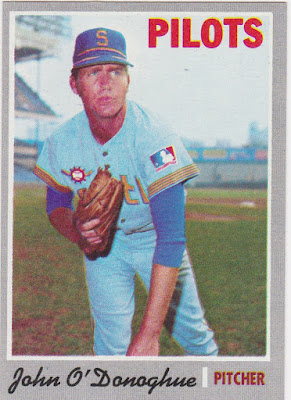 The Pilots! They were the Brewers by the time these cards were hitting the shelves. But these unis will never be anything but classic.

In the end though it was the price that lured me in. At fifty cents a card it was too good a deal to pass up. Let's face it...the 1970 set is not the most popular ever cranked out by Topps but it's full of the stars from the heart of my days as a fan. It'll be the best conditioned set I own once it's finished. I'm determined to at least approximate the condition of these nicely centered 'commons' with the cards I'll be buying to fill it up.

My needs list is in the sidebar to the right. Lemme know if you have some dupes you might like to trade. I will NOT be blogging this set. I have way too much going on as it is. I'll post on my progress from time to time. Maybe I'll scan a few stars as I gather them in. Wish me luck. 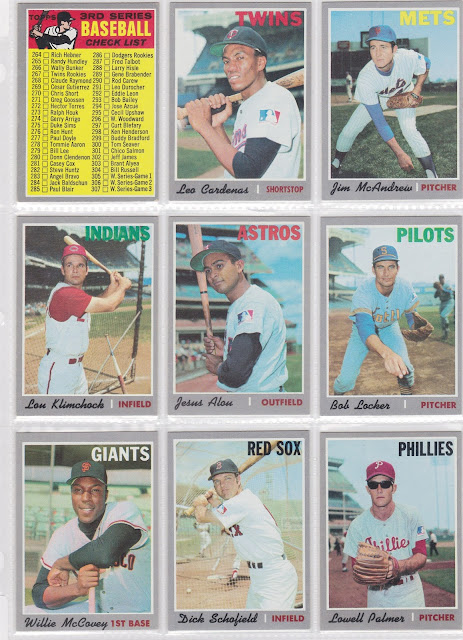