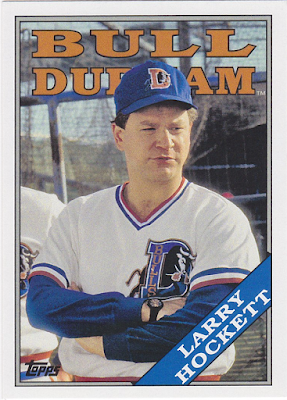 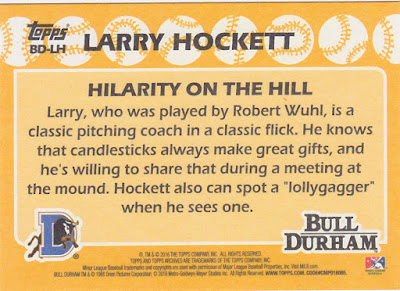 I bought two 'jumbo' packs of 2016 Archives, paid too much for them and picked up a couple of mildly interesting cards. But that's a subject that'll I discuss in another post.

What we have here is an eBay purchase. That's Robert Wuhl, my long time friend and college roommate at The University of Houston on his '16 Archive subset card. The subset consists of  seven cards including one of screenwriter/director (and one-time Orioles farmhand) Ron Shelton.

Robert played pitching coach Larry Hockett as seen here drinking a beer, something Robert has never done (or admitted to) in real life. 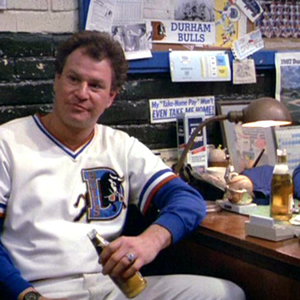 The card back alludes to the 'candlesticks' quote that occurs during a mound meeting with catcher Crash Davis played by Kevin Costner and pitcher Nuke Laloosh, played by Tim Robbins; 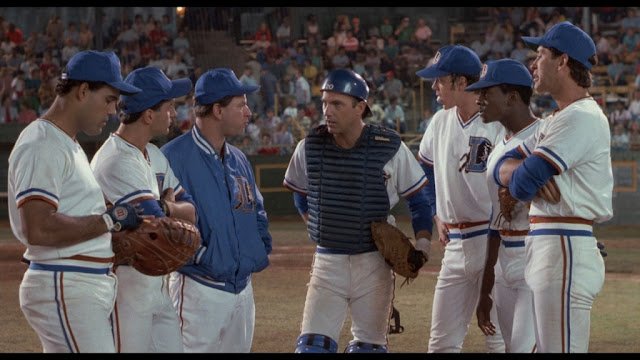 (quoted at IMDb)
Larry: [Larry jogs out to the mound to break up a players' conference] Excuse me, but what the hell's going on out here?
Crash Davis: Well, Nuke's scared because his eyelids are jammed and his old man's here. We need a live... is it a live rooster?
[Jose nods]
Crash Davis: . We need a live rooster to take the curse off Jose's glove and nobody seems to know what to get Millie or Jimmy for their wedding present.
[to the players]
Crash Davis: Is that about right?
[the players nod]
Crash Davis: We're dealing with a lot of shit.
Larry: Okay, well, uh... candlesticks always make a nice gift, and uh, maybe you could find out where she's registered and maybe a place-setting or maybe a silverware pattern. Okay, let's get two! Go get 'em.

Robert pretty much ad-libbed the scene from a real life conversation he had just prior to filming with another college friend of ours. He had asked her for wedding gift suggestions and her response was pretty what you see in the quote above. To bring this full circle, that friend, Barbara, passed away quite unexpectedly this past February. In May Robert came to speak at the University of Houston Alumni Gala at which she was to be honored for her volunteer work in the community. The honor, of course, became a posthumous award. It was a bittersweet night.

He's a huge baseball fan and picked up some sweet seats for an Astros-Mariners game through Roger Clemens. Here we are, right behind the catcher with my wife already checking her phone three pitches into the night. LOL 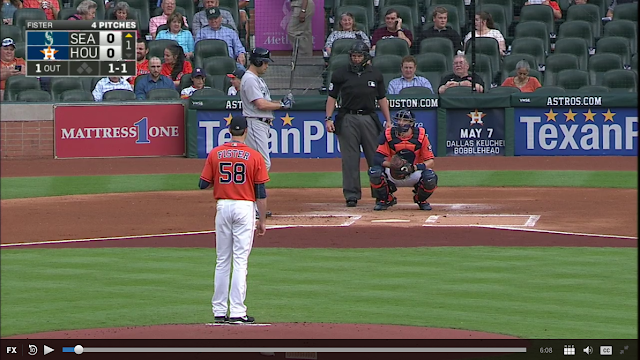 I also snagged a red-bordered variation. The prices for signed versions of these cards were kind of silly. When they first hit eBay I saw a red border sig card with an asking price pushing $400. They are down to the $85 range now. That kind of kills my plan to buy up all the ones I could find, get them signed and sell them. Robert was all for it. I was only half serious when we discussed it. LOL

Robert doesn't have any of the cards and said Topps paid him $20 for each card he signed. 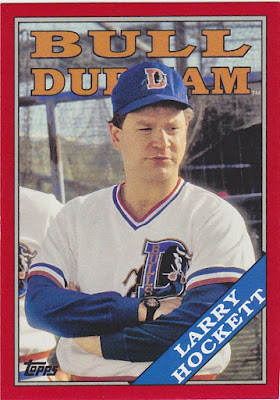 As for my Archives pack purchase.....I got no Orioles. I NEVER get any Orioles. But, as I noted I got a couple of keepers. I need to scan and post them soon.
Posted by Commishbob at 4:58 PM