More random stuff I grabbed from my 'to-be-sorted' boxes recently. Just going to toss in a few words on each as I await my Amazon delivery of a case of white binders. Once those arrive I've got some work to do!

First up, a George Brace photo of Billy Pierce. 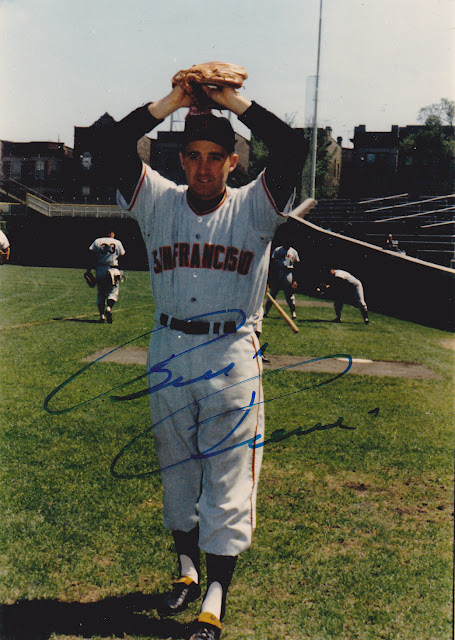 There is nothing on the back except for Brace's ID of Billy P. in his usual manner. 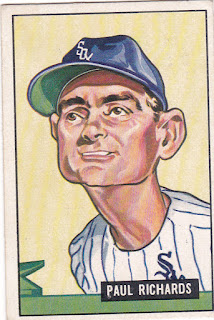 Paul Richards' '51 Bowman is just so damn odd that long ago I had to go grab one. It's nothing like the painted photos that make up the rest of the set. There have been a few discussions on various card forums as to why Bowman went with a caricature instead of the standard photo but nothing has ever been decided as far as I can tell. 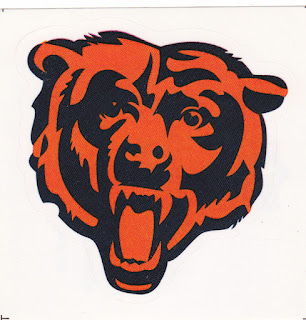 One of our usual haunts for cheap dinners out with the kids was a burger place near us that had a big selection of vending machines and video games. My boys took their loose change and always spent it all on sports team stickers and gumball helmets. I'm sure that's where this Bears sticker came from. 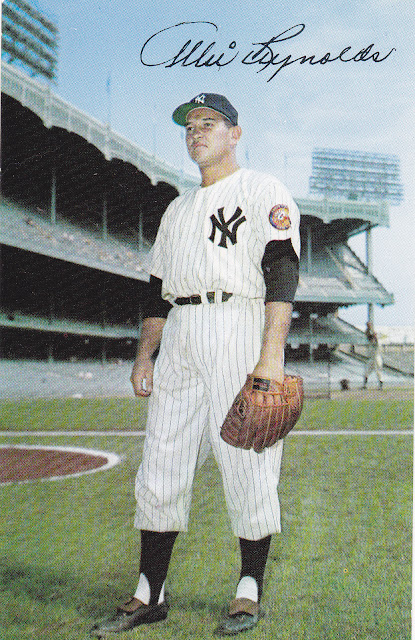 Dormand postcards are one of the great overlooked collectible of the 50s. Allie Reynolds, as I've mentioned several times, was my father's favorite pitcher. I'd have bought this even if that wasn't the case. 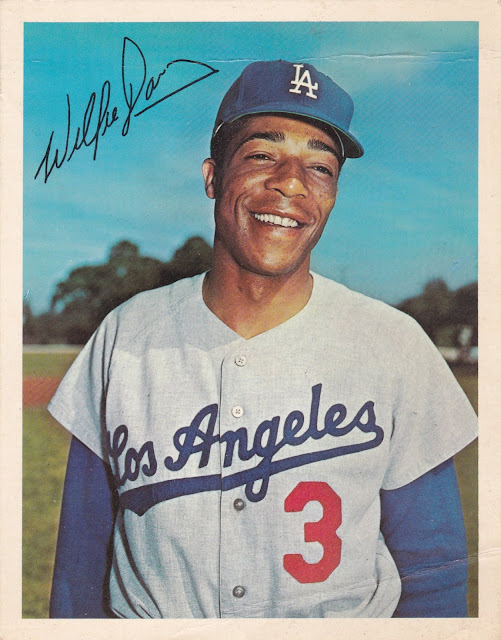 I found a stack of Dexter Press 5x7s in a box of photos. I have no idea where I got them from but it included Yaz, Al Kaline, Joe Pepitone(!) and this creased Willie Davis. Another under-appreciated issue. 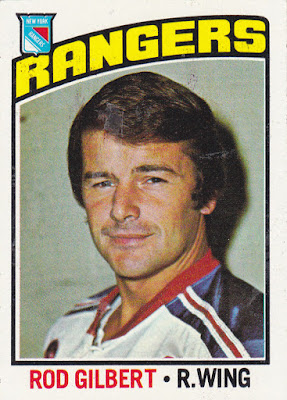 It's about to be hockey season and I am pumped! I'm excited to watch the rebuild my Rangers are in the middle of. I already bought tickets for their game in Dallas in March. And for the first time in years I signed up for the Rangers package on NHL.TV! I have had MLB.TV for years and I realized that over the last two seasons I probably hadn't spent more than a couple of hours with it. I found the place where they buried their opt-out for auto-renewal and cut the cord.

Bailing on the Orioles for awhile might cause me to be viewed as a shitty fan but honestly I can't see pouring money into a 100 loss hole anymore. 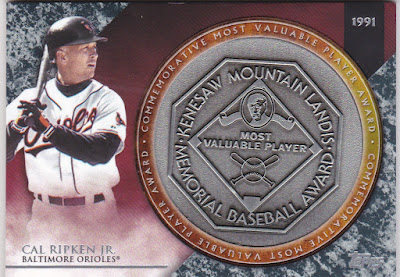 This Topps Ripken medallion card weighs more than any card I've ever held in my hand. If I was 'Commish For A Day' one of the things I'd do was take Landis' name off this MVP award. I'd do that right after I decreed that the majors would no longer use 'superballs'. 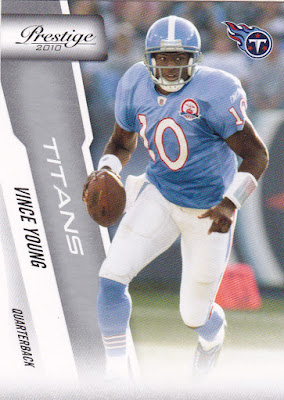 I met Vince Young at the Roger Clemens charity softball game a few years ago. He just walked up to my wife and I and introduced himself. He's had a difficult time post-NFL. I hope things are good for him these days. 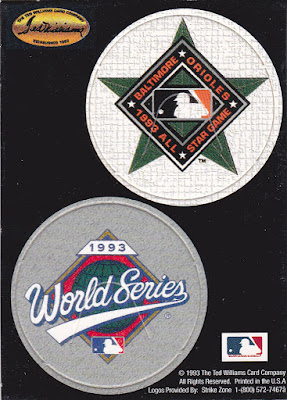 Lastly, a Ted Williams Company item. It's hard to tell from the picture but these are die cut faux-milk bottle caps. If you look at this cropped image you can see what is supposed to be the 'pull tab'. 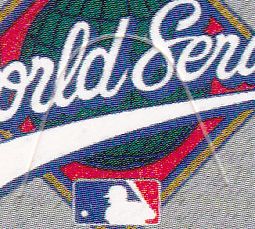 When I was little we had milk delivered to our homes on Long Island and later in New Jersey. The bottles had these sort of caps on them under a paper shield that covered the top of the bottle. They've been reissued as 'pogs' and in various other forms over the years. Slurpee disks are sort of the same thing. Here is a picture of an original milk cap I found on the 'net. These are the type I remember and collected. 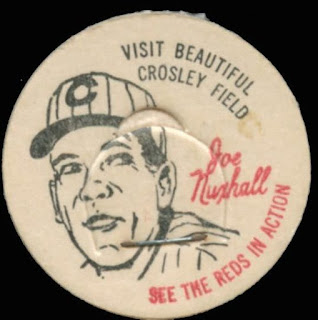 That's it for today's randomness. I think I heard my binders being dropped off!
Posted by Commishbob at 1:22 PM