This Is Spinal Tap is one of my favorite movies. If you are unfamiliar with it (and I can't imagine anyone who would be) it a 'mockumentary' chronicling the North American tour of an awful '80s British rock band. It's freaking genius.

It was the brainchild of Rob Reiner who directed it and plays film director Marty DiBergi. This 36 card set was produced for the 2000 re-release of the movie. I bought this at a card show several years ago for a few dollars and stuck it in a box that I recently pulled from my closet. 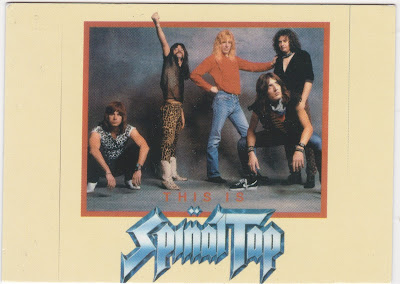 The cards were still in the shrink-wrap. The glossy finish caused them to stick together somewhat, the same way some of the early glossy baseball sets did.

One of, if not THE iconic scene from the movie is the one where Christopher Guest as Nigel Tufnel is interviewed for the 'documentary' by Marty (Reiner). He shows off his guitar collection and the Marshall amp that "goes to 11". One louder indeed.


This card highlights that scene. 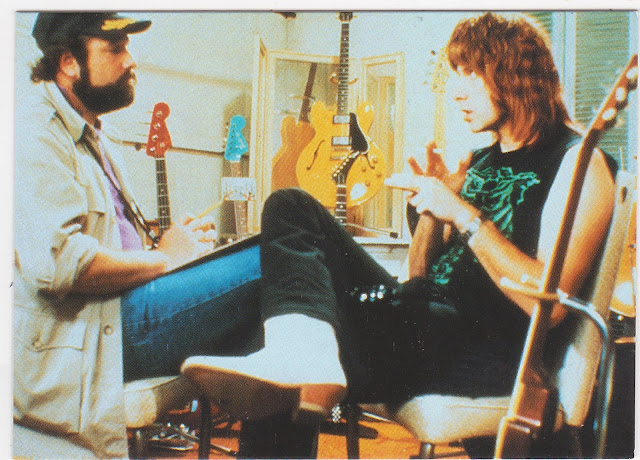 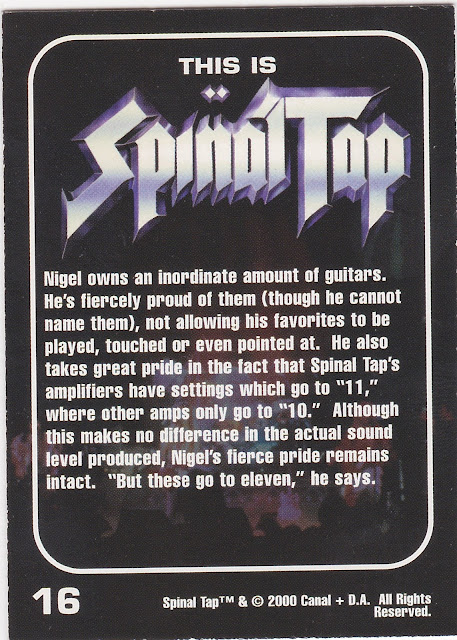 Here are some random cards from the set. Some of the pictures they used were a bit murky and not all were cropped well but the set is a lot of fun for a Spinal Tap fan. 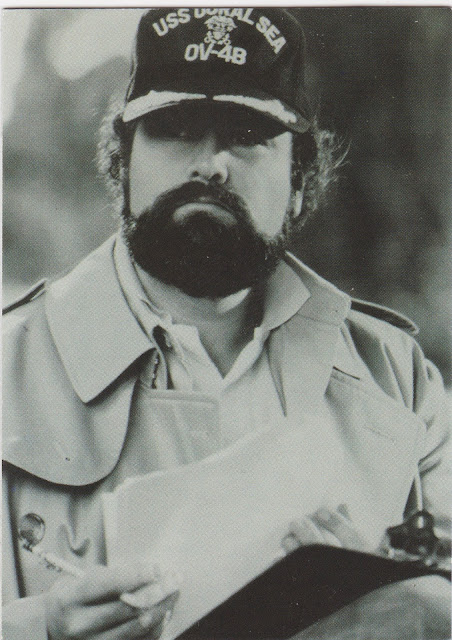 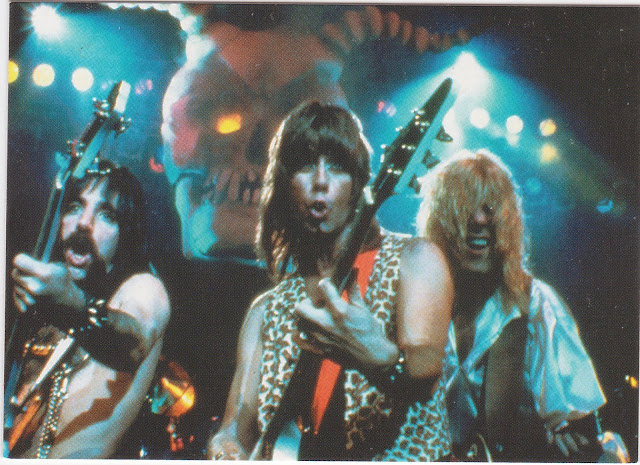 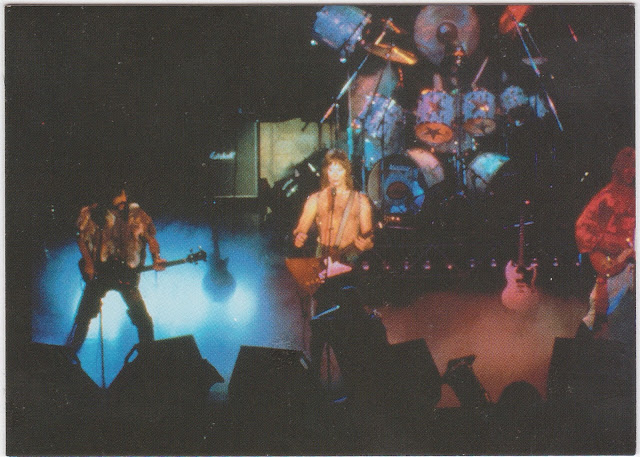 Added comedy break...Spinal Tap getting set for their first post-Nigel gig, at a theme park. 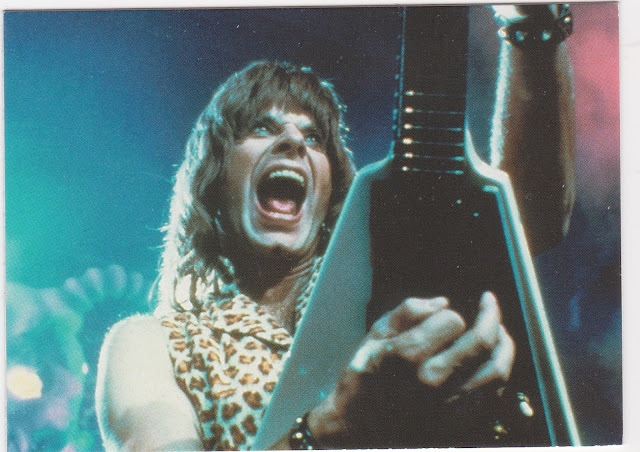 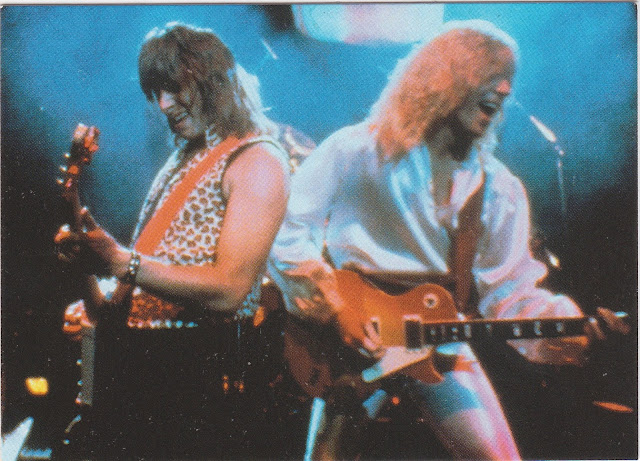 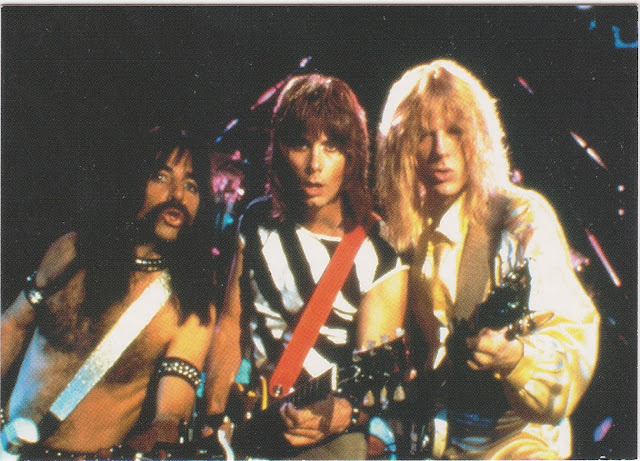 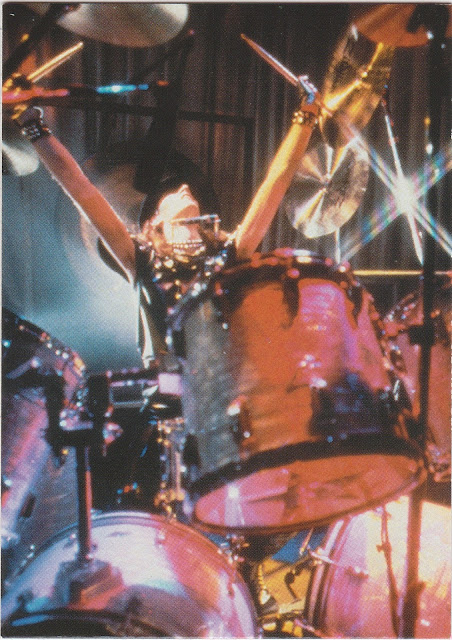 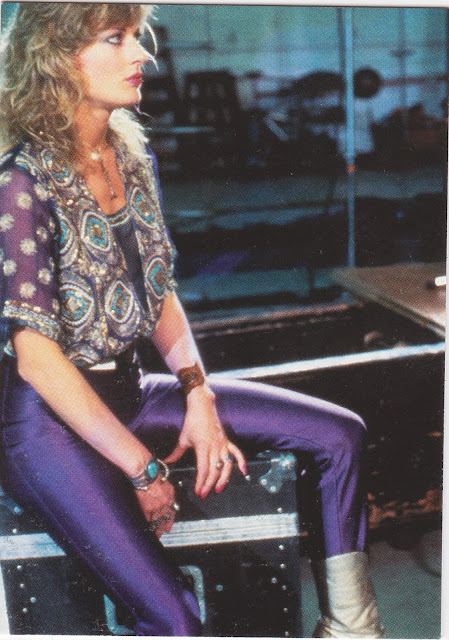 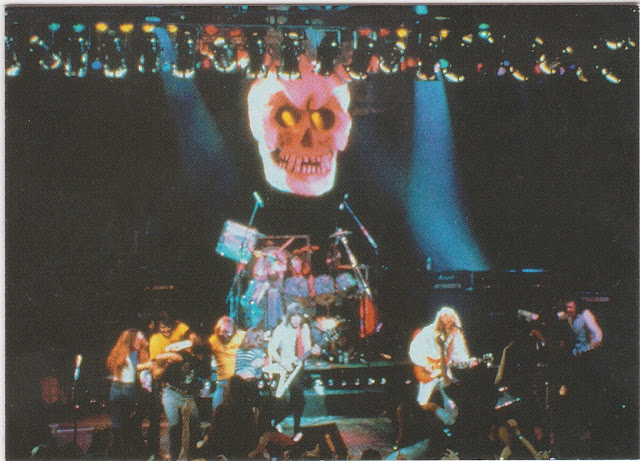 Clip of their on-stage 'showmanship'.


Fred Willard has a memorable role and in this clip he discusses it.


This is Spinal Tap is highly recommended!
Posted by Commishbob at 3:53 PM

Email ThisBlogThis!Share to TwitterShare to FacebookShare to Pinterest
Labels: movies, Non-Sports, This Is Spinal Tap