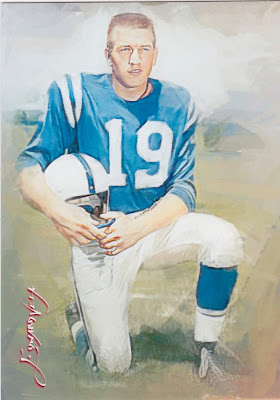 I went a little crazy a few weeks back and picked up a pile of Edward Vela's cards from his website. I think he's about as good as there is when it comes to stuff like this. I'm not going to delve into them deeply, just post a few today and over the next week.

I'm posting a handful of football cards first since this is the first day of NFL play (for me...I ignore most Thursday night action).

The Johnny Unitas up top is one of two in the post. Next, my current favorite QB, Pat mahomes. He's fun to watch. 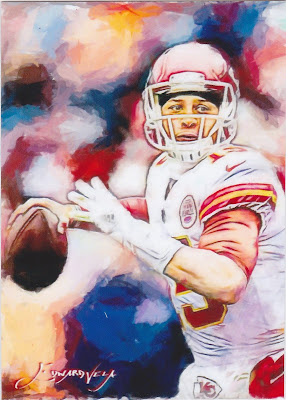 I like this Unitas even more than the first one. 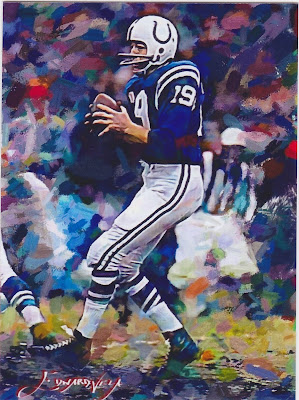 Tommy McDonald. He was a childhood favorite. I was pleasantly surprised to see that Vela had done a card of him. He's not exactly a household name. 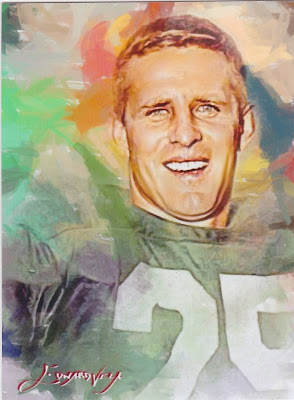 Now for some baseball cards. Mr. Charles Bender kicks it off. 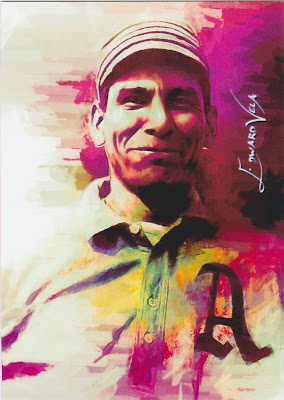 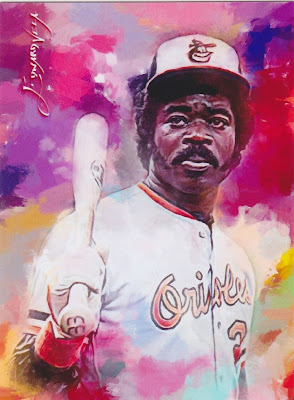 Brooks Robinson. Vela was working off a picture we've all seen many times. 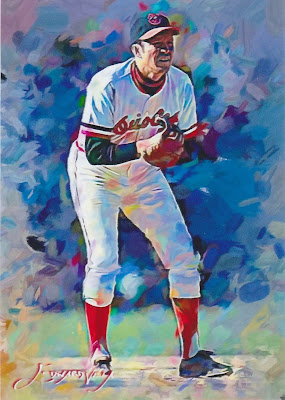 Dick Allen. Is that Tiger Stadium? 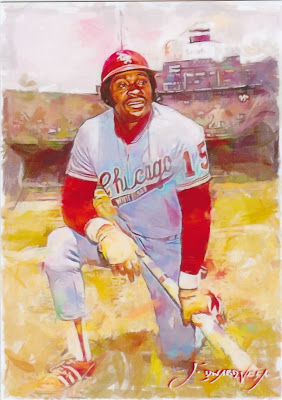 Spahnnie...I picked up a couple different. I'm a sucker for Spahn cards. 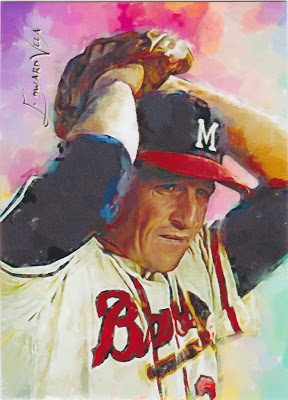 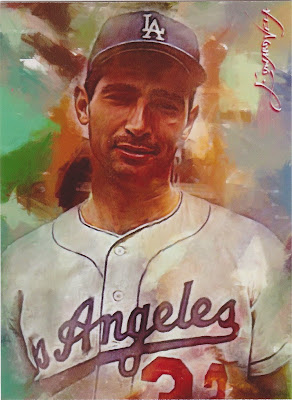 And a couple others...hoops and Ali. 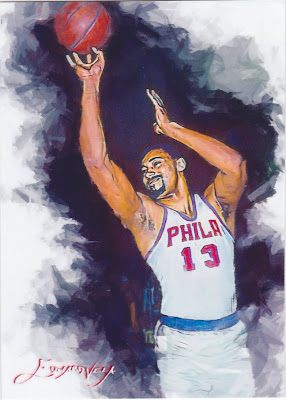 That's The Stilt, of course. And below Ali tries to knock some sense into Joe Frazier. 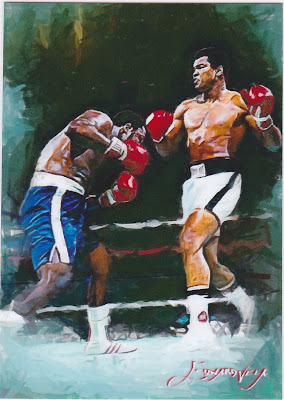 Vela has changed up the backs of his cards as he has gone along. Here are some random backs. 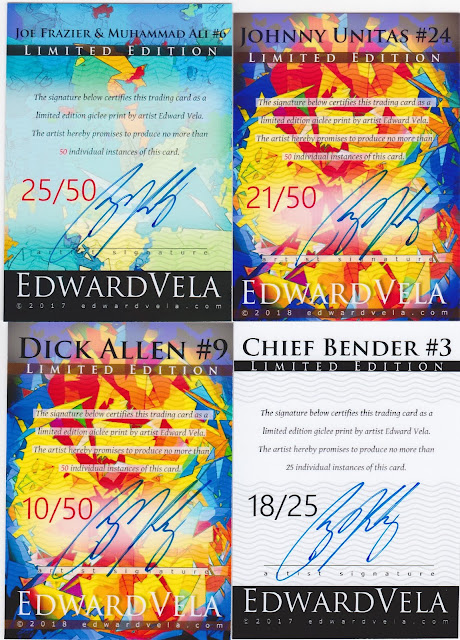 These are prints, not original sketch cards like those I collect for my non-sports sets. But wonderful nonetheless. More to come. I just remembered that I added a Billy Pierce card not long ago. I don't have it scanned though.
Posted by Commishbob at 2:49 PM