I had never really thought about chasing the Topps '74 set. Not hat there is anything I dislike about it. It's just that it didn't catch my eye..not then, and not in the years since. I remember picking up a pack or two at the discount store near campus. I usually bought a few in those days just to see what Topps was up to. And in the early 80s I completed the Orioles team set as well as picking up some San Diego/Washington cards. 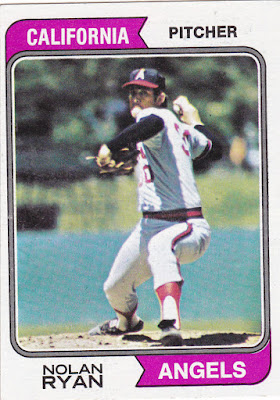 Over the last few years I've put together several vintage sets, including some from the 70s. But '74 just never seemed 'in the cards' (pun intended). Then I happened to come across someone selling a huge lot of the thing at a very good price. I don't remember what the actual numbers were but it was a big enough group that I figured I'd get a large head start on a set I could finish for not much money laid out. Wrong. 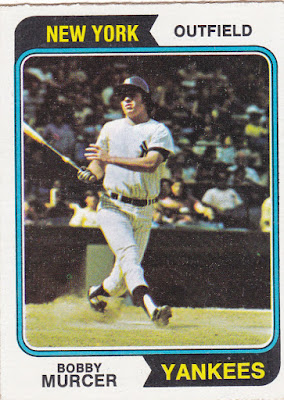 The seller (this was not on eBay, BTW) was up front and mentioned that there were dupes in the lot. I should have asked 'how many dupes?' among some other questions that occurred to me later. I ended up with less than 1/3 of the set, multiples of multiples of those I did get, and a big stack of the Traded set. Seemed like I either got one copy of a card or 10 copies. That's an exaggeration, but not much of one. 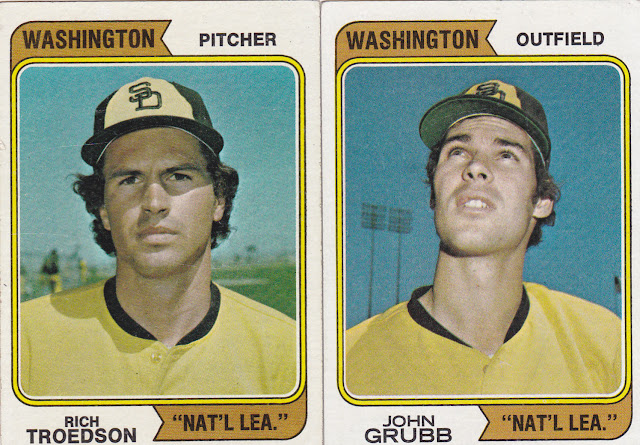 But I decided to make the best of the situation and finish the set as cheaply as possible. The hotel card show yielded a ton of my needs, cheaply (thanks, Darryl). A Twitter friend helped with a stack, And of course, some fellow bloggers, Joe Shlabotnik and John of Johnny's Trading Spot hooked me up with some really nice ones (more on them in a moment). 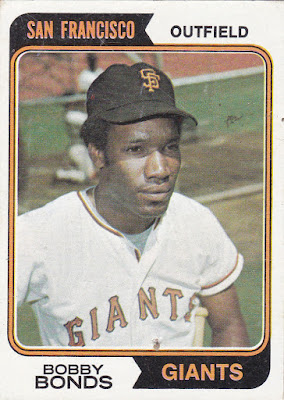 As have the other sets I'm put together, the '74 has grown on me. I'm always in favor of team-related colors in the design. All the teams didn't quite get them, but many did. And lots of the 'stars' have really neat cards. 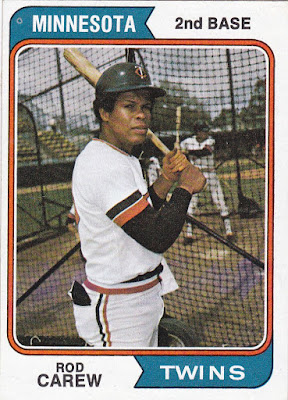 Topps seemed to have some issues cutting these things. The top edge of the Bobby Murcer cards is a good example. 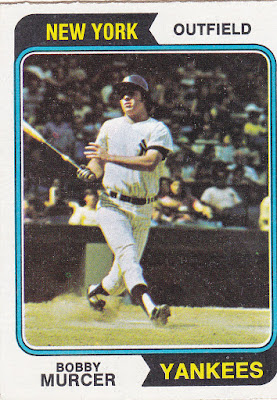 This is one of my favorite Nolan Ryan cards. A nice action shot. 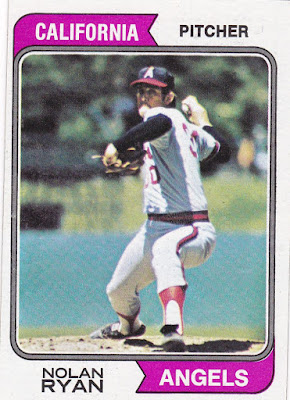 Dock Ellis' card has a pic that would be at home on a '57T (if you ignore the gold uni). 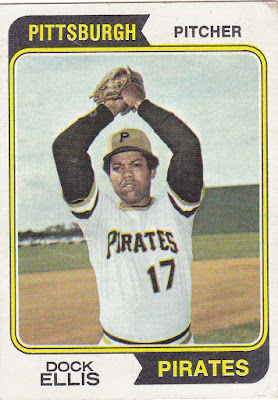 And here's my guy, Jesse Jefferson. Once, in a transaction not unlike this '74 Topps purchase, I bought a big stack of Orioles postcards, blind. About half of them were JJ. 👀 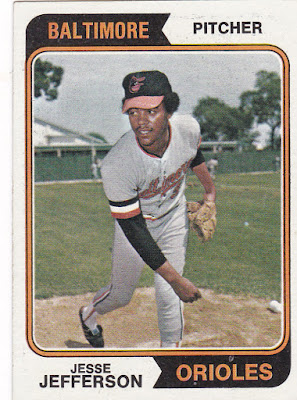 I mentioned Joe and John. I really appreciate their generosity. In keeping with the rest of this FUBAR build I did something I had (amazingly) not done previously with the many packages I've received over the years. I stacked their contributions on my desk but then, when a few from COMC arrived, I put the whole bunch in my set binder. Ergo, I can't acknowledge which cards came from which generous blog buddy. I'm a dolt, but a very grateful one nonetheless.

Thanks again to all who kicked in. I'm pretty much up to date on my needs list. The cards in italics are incoming.

Posted by Commishbob at 8:59 PM