Guy's Chips Pinbacks from the 60s

I stumbled across these things one night on eBay and did a little research. Guy's Snacks has been in business for almost 80 years. They were founded in Kansas City are still based in the area.

The pins are from a baseball promotion that lasted through the first half of the 60s. The first pins were distributed in chip bags in 1962 and all MLB teams were included. Over the course of the next five years, four different 'series' of pins were issued. They skipped 1963 (or kept distributing the '62 pins) and had different color combos each year for all big league teams in 64, '65 and '66.

No official logos or colors were used and not all the teams had pins with logos at all. A few simply stated "A (team) Fan". Others use a generic player picture and whatnot. 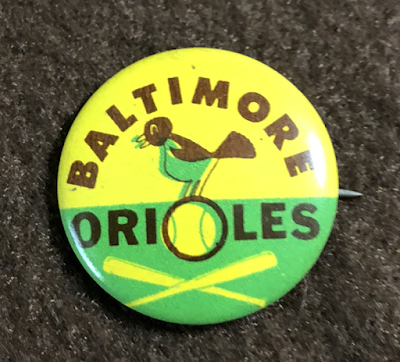 I was easily able to find three of the four Orioles pins. The different years had different undersides and that makes it easier to differentiate the pins than learning the funky colors for your team. The 1962 pins were blank-backed. That is the year I'm lacking for the Orioles. The one above was the first one I picked up. It's from 1966. Note the year is indicated on the back. 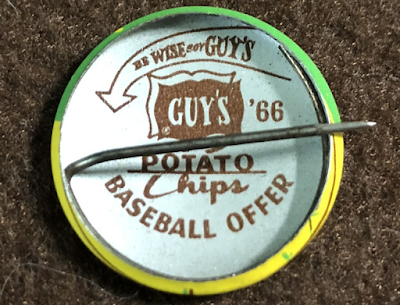 These things are small. Not much bigger than a dime. 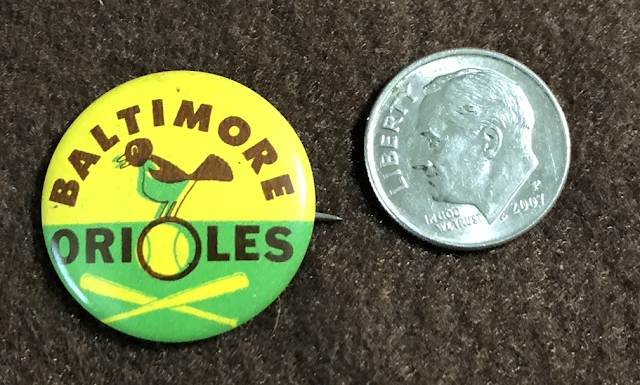 Lots of the pins I found are printed with a color 'shifted' as you can see with that '66 pin. 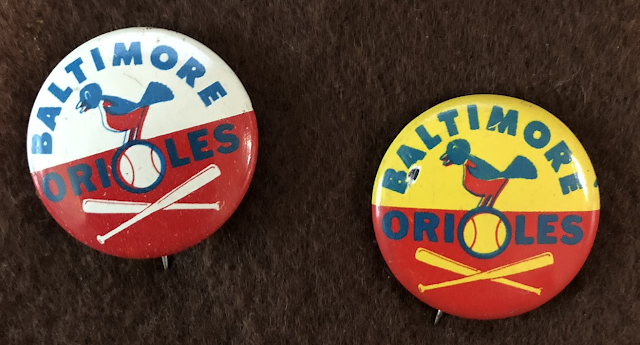 The '64 is my favorite as the colors are (sort of) closer to the actual Orioles colors.

Posted by Commishbob at 4:26 PM