First off I need to thank everyone who reached out here and on Twitter after I posted about my brother's death. My appreciation is heartfelt, believe me. Now, back to business.

I attended the TriStar show this past Saturday. I wasn't able to meet up with Marc from Remember the Astrodome as he was there on Sunday. But I spent time with my friend Daryll, the hotel show promoter/dealer and I did bump into an old friend who I hadn't seen in many years. Jon O. is an Astros/Colt 45s collector and was a part of our small, regular crew that hung out at a couple of LCSs and did all the shows together. We had a nice time reminiscing and, in particular, telling stories about our old, and now departed friend, John Baucum a.k.a. John Oriole. 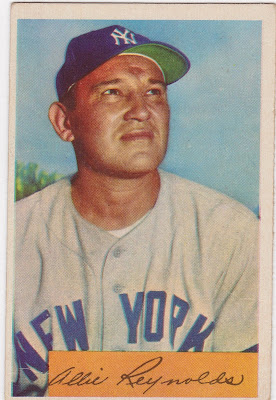 But I did more than chat up my friends. I also knocked a huge dent into my 1971 and, to a lesser extent, 1975 want lists. The show itself was one of the better TriStar ones I've attended here in Houston. More dealers with solid offerings, less tables/booths with folks selling roasted cashews and sunglasses. Yes, those have been a thing in the past.

This post has a few of the non-set chase cards I picked up. I semi-collect Allie Reynolds. I've noted several times he was my father's favorite pitcher.

I bought the '56 Spook Jacobs card because, well, it was a buck. And they put 'Spook' on a Topps card. BTW..his given name is Forrest Vandergrift Jacobs. I found a nice story about him online. He passed away about eight years ago. One of the local SABR members writes about old players and he had a column about Jacobs in which he explains the nickname. But I have my doubts. 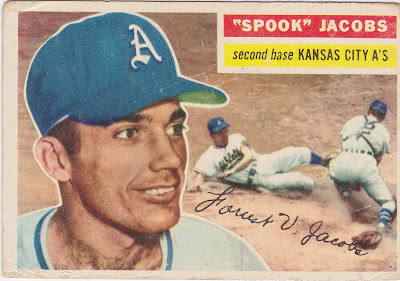 I was unaware of this JFK set and I need to look into it. I grabbed a handful of these from Daryll's oddball bin. 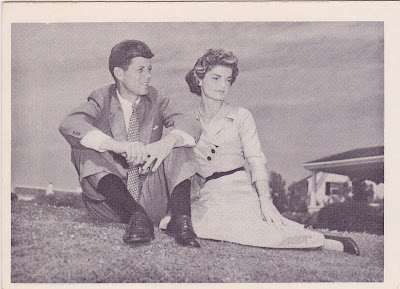 I also found a signed Gump Worsley card. I have tried to nab one on eBay a few times but never was able to do so. 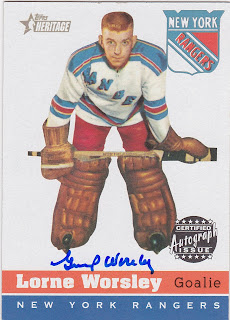 Oh, rants. Yes, I almost forgot that I mentioned rants in the title. Well, I'll spare you my annual whining about being out $27 before I get to the first table at TriStar shows ($12 parking plus $15 admission). I'll spare you but I won't stop being annoyed by it.

The Post Office! I went to mail some packages on Monday. Normally when I'm sending someone a few cards I just fold up a 9-pocket, use those hard sleeves for strength, and stick a stamp or two on it. Never a problem. Monday I had large envelopes to send so I took my card PWEs to hand over the counter. The lady said they were parcels! Parcels? They barely weigh an ounce. She proceeded to add about two or three bucks postage to my stamps on each of them. ┌П┐(ಠ_ಠ)

Here, I can't go on. Listen to some Isaac Hayes live. The Shaft soundtrack is what I played in my dorm room every night the first year I lived on campus.