A while back I sent some cards to P-Town Tom of the Waiting 'til Next Year blog. He is building a Hall of Fame collection. That caught my eye because that same idea was the first 'special interest' collection I tried way back in 'ancient' hobby times, the late 70s/early 80s. I never finished, and have since broken up what I had, but I always take an interest in other collectors' efforts.

Tom was kind enough to go beyond the call and headed to his LCS. There he nabbed a pile of 1976 Topps that I needed. Between those and the last hotel card show, I have now put that baby to bed!

I've scanned a handful of the big stack Tom sent. It was a fun and fairly easy set build. As always I began with a starter lot and went from there. There are no expensive rookie cards to fret over, no errors or variations worth mentioning.

It's colorful (even next to the bodacious '75) with some great photo choices.

If stirrups like those worn by Manny Sanguillen on his card were mandatory I'd consider getting season tickets to Minute Maid Park. And not much sez the '70s like field-level dugout benches. 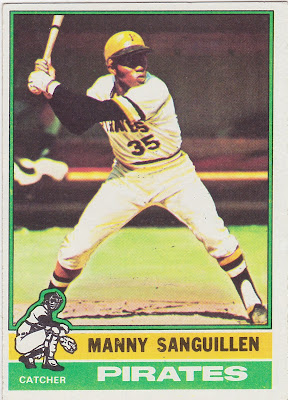 Jerry Remy earned a Rookie Cup and went on to play for the Angels and Red Sox for a decade. he's been a Sox broadcaster since then with some time off for his cancer fight. 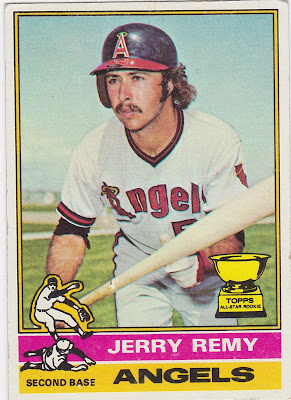 Ah... spring training. Fergie is all set with his collared windbreaker under his uni top. A couple on nice Pompano Beach palm trees complement the shot. 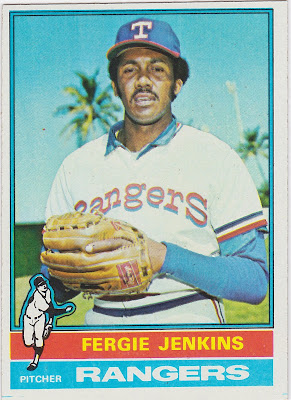 I'm not quite sure what's happening here with Willie Horton. I think he's following the flight of a foul ball.  ¯\_(ツ)_/¯ 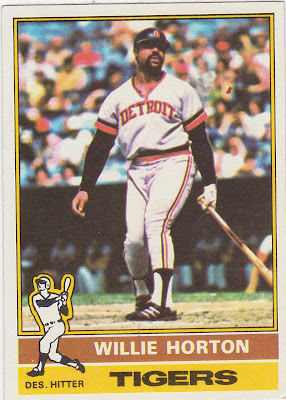 Bill Lee was ahead of his time. Back in his day, we appreciated his loony persona but nowadays social media would have made him a phenomenon. 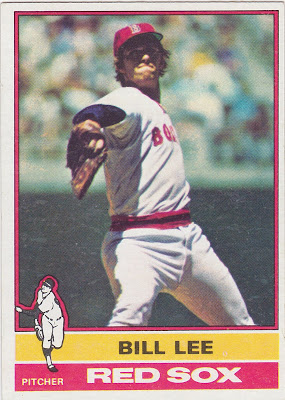 Anyone care to chime in on the stadium in Ben Oglivie's photo? Cleveland?  He sure doesn't look like a guy who would hit 41 dingers in a season just five years down the line. He's built like Mark Belanger. 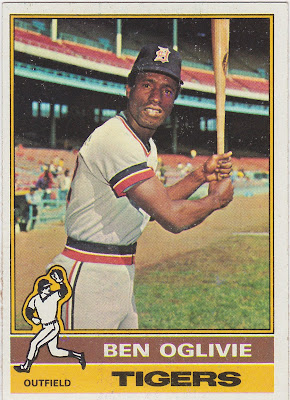 Carew, Lynn, and Munson. Lot's of talent on the BA Leaders card. If you never got to see Rod Carew at the plate you missed something. He had Tony Gwinn-like plate coverage. An artist with the bat. 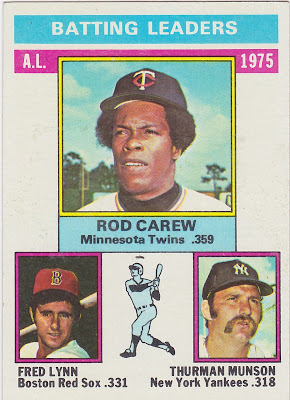 Thanks again, Tom. Helping me finish off the '76 binder is something I appreciate very much!
Posted by Commishbob at 2:27 PM