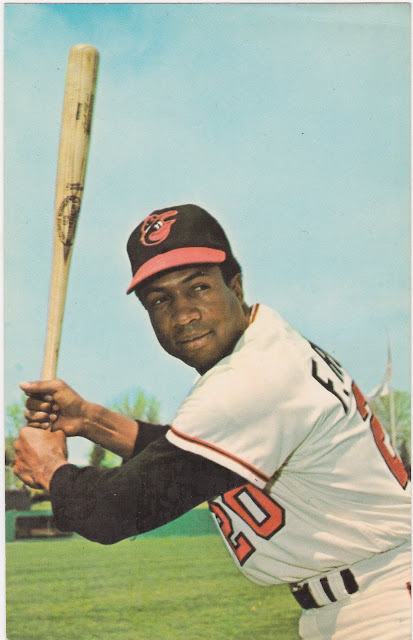 I was surprised at how much the loss of Frank Robinson last week affected me. Maybe I shouldn't have been. On January 23 I lost my youngest brother to cancer. He was only 58 and left a wife and three kids, two of them 16 years old. I remained stoic through all the services. I'm not the emotional type, I try to focus on the fun times in the past.

Anyway, when I got news of Frank Robinson's passing I was pretty down and it still saddens me. Even going to the TriStar show on Saturday didn't lighten the mood. I think it's been just the suppressed emotion bubbling up.

But things get better over time and I'm ready to roll again. I'm working three days this week and that'll be fun. I dug out a few Robby items for scanning today. That's a Dexter Press postcard up top. Both their cards and postcards are really sweet. Very under-appreciated collectibles. 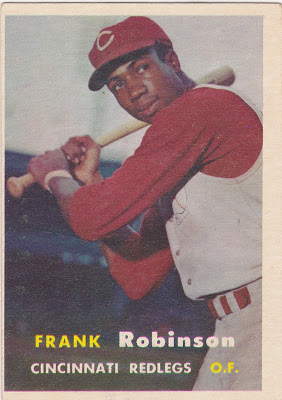 Here is his rookie card, of course. An all-time favorite of mine. I found a decent enough second copy not long ago and bought it. Normally I'll put PC cards into the set binders to save costs. But in some cases, I can't bear to pull a card from a player's page and this is one of them. My fledgling '57 build isn't going to poach my Frank Robinson binder.

Frank has several books that have been issued with his name on the cover. I can't speak for the others but this one, co-authored by Al Silverman, definitely rang true to Frank's voice. He didn't shy away from discussing his earliest professional days as a black man traveling through the South in the 1950s. I read the original edition back in the day. My copy was lost over time and I later replaced it, thanks to a good friend, with an autographed copy of the updated edition. 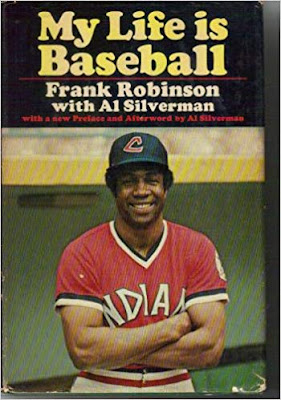 As the title implies, Frank lived the game his entire adult life. He changed the culture of the sport in Baltimore when he arrived. He brought the team two World's championships. He gave me one of the most remarkable moments of my life as a fan. RIP, Frank.

I had a few other songs in mind for this final entry. I realized that I hadn't included either George Jones (my favorite vocal artist) or the anything by the great Isaac Hayes. One of these days I'll toss a few more music vids into posts to remedy that. Meanwhile here is something I was listening to this afternoon while driving...Miles Davis in a live performance of one of the great jazz standards, Stella by Starlight.

Fantastic. Miles teamed up with John Coltrane (two guys who would interpret songs from opposite ends, as it were) and the result was these performances in Paris and Stockholm in 1960. Here's the concert which was later released as Miles Davis & John Coltrane – The Final Tour: The Bootleg Series, Vol. 6. 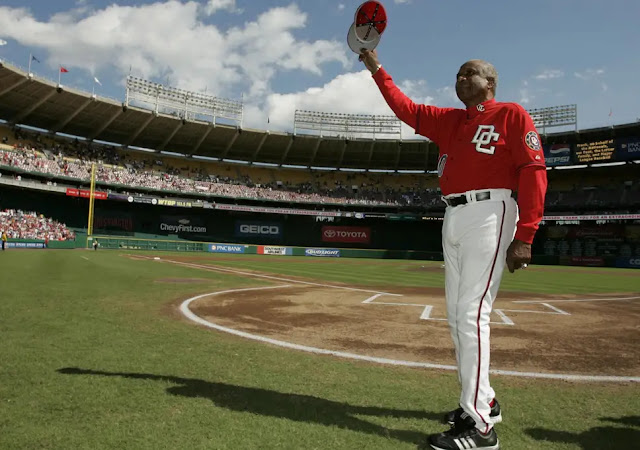 Posted by Commishbob at 2:21 AM