Back in December of 2014 I was able to find an affordable Swifts Meats Billy Pierce. It took me by surprise to nab one in nice shape that I could afford. These are neat and unusual collectibles. When I posted that first one I did some research into how they were distributed when they were issued in 1957.

It turned out that they came with packs of hot dogs AND via a mail-in order form. That post has much more detail and some links to info/checklists. Click here to go back to it.

About a month or so I came across another listing for one of these in my general Billy Pierce search on eBay. The seller described it as a 'Type card', i.e. 'a piece of junk you can own just to say you have one'. But in the pictures it looked just fine, very collectible.  And he wanted $31 for it. I don't recall what I paid for my first one (it was 'graded' by some fly-by-night company) but it was over $100, maybe closer to $125. I mean these babies are pretty hard to find. And a quick search on eBay shows how much the going rate normally is.

So for $31 I had to take a closer look. It's got a stain and one of the punch-out body pieces is halfway 'punched out' but it's not that much worse than my slabbed one. I kept looking for the catch but I never found one so I grabbed it.

I would normally never buy a second copy of something of this ilk but at that price I simply had to pull the trigger. Heck, I'd buy one of these of a random player at that price.

So anyway, I now have two of these. And at one point I never thought I'd even have one. 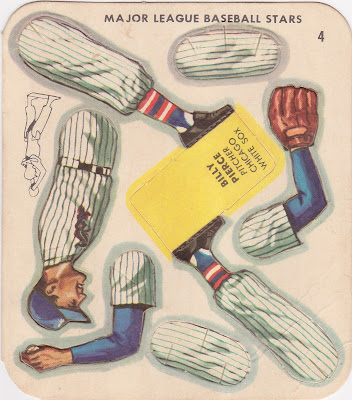 I'm not sure which side of these is considered the 'front' so here are both sides. Click the link above for a look at what they are like when assembled and to see the game board they were supposed to used on. 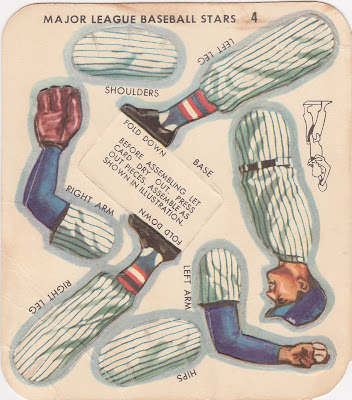 This next item is much less significant in terms of hobby relevance but it was a more exciting pick-up for me. This is a J.D. McCarthy postcard of Billy Pierce that I never had seen before. I've refined my BP search on eBay to where I have eliminated the Topps cards and all the other common items that were showing up again and again. 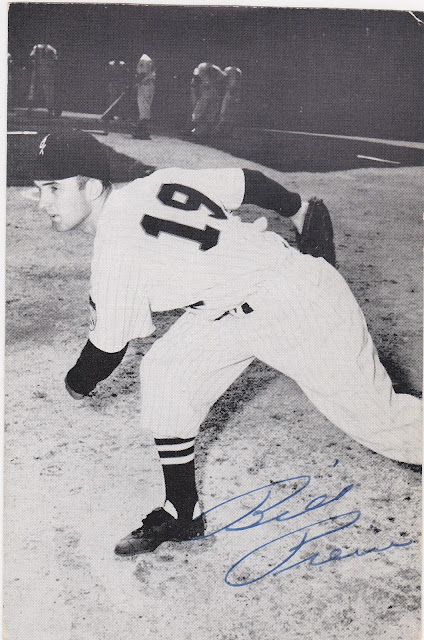 One night this thing hit my screen and I didn't hesitate to nab it. McCarthy postcards are a great addition to player collections. I figured that a Pierce or two had been produced but there is no checklist available so I had no way to know for sure.

I'm a post card fanatic. Every season from about 1968 or so I would write to the Orioles requesting a price for their team issued postcard set. After a few years they began sending a souvenir list without my even writing. Once or twice someone in their PR office sent me the late season additions to the year's postcards unsolicited. I spent a decade or so putting together a listing of Orioles team issued postcards only to find out that it had already been done. At some point in the mid 1980s the Orioles got away from producing the sets, or at least including them on their price lists. I remember once calling their offices to inquire about them and getting no real answer. My collection really got moved to the back burner when that happened. (They have since resumed producing that cards but when they did so I have no idea.)

But meanwhile I had come across McCarthy's cards and I've amassed quite a few Orioles examples. The late Bob Lemke came into possession of McCarthy's files and you can read his post concerning that right here.


Well, I've made a short story long but the bottom line is that I've found a BP McCarthy and am glad to have done so. And to make it just a bit better the card was mailed between two of my favorite places, Chicago and North Jersey! 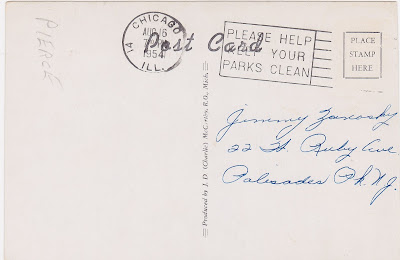 This last piece is another dupe that I added because it was cheap and available. It's a picture pack photo which was done by Jay Publishing as team sets in the early 60s. They were sold at stadiums, by mail order and at places like Manny's Baseballand across Jerome Avenue from the ballpark in the Bronx. I've posted this one and some other Pierce variations before. For a couple of bucks adding a signed copy didn't require much thought. 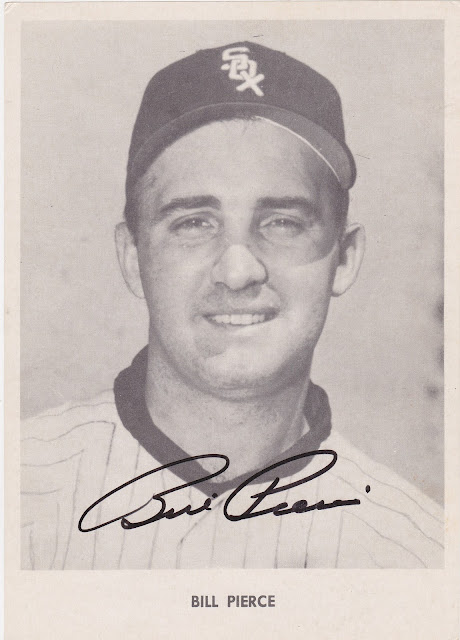